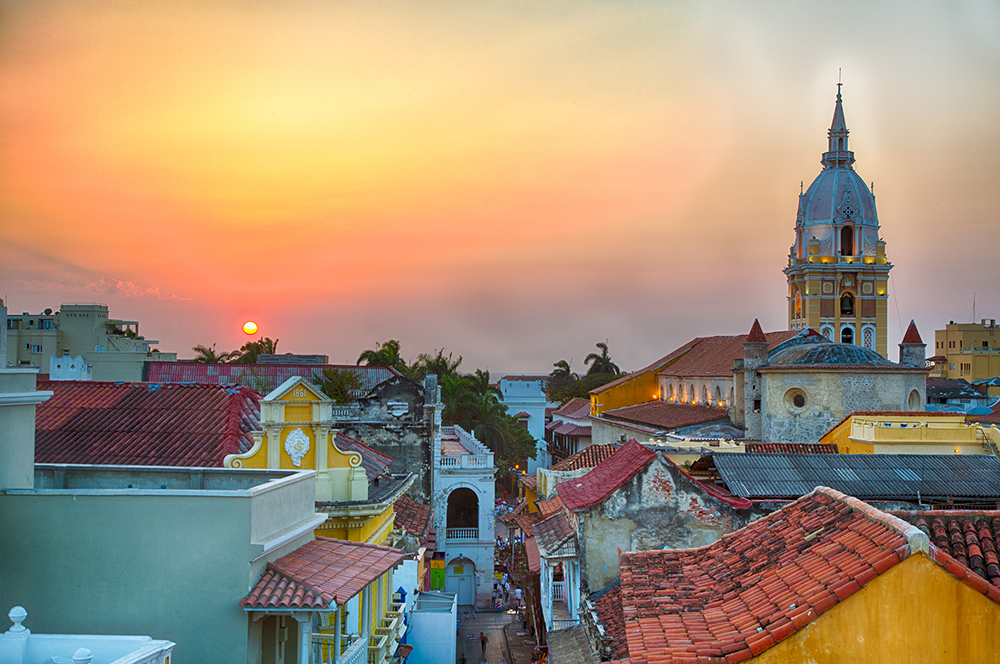 A guide to custom programs in Colombia

Colombia is known for its natural resources, modern cities, and a diverse culture. The government has made great strides to secure peace with revolutionaries, minimize crime, and protect its strong democratic institutions. This movement towards internal stability is mirrored in Colombia’s swelling economy, a growth leader among the biggest Latin American economies for the last several years.

In Colombia, you might choose to explore some of the following topics:

As Latin America’s fourth largest oil producer, Colombia has an economy that is dominated by its oil reserves. Oil comprises over 45% of exports, which can fuel both positive and negative fluctuations in the country’s economy. See how oil exploration is managed when existing reserves appear limited, and examine the commodity’s impact on trade both within Latin America and beyond.

Colombia is an especially ripe market for banks, as less than seventy five percent of its people have bank accounts and fewer than three percent have a mortgage. Despite this low penetration, analyze how the Colombian banking sector remained robust during the global financial crisis and helped form a stable backbone for the country’s economy.

Ranking as South America’s 2nd largest high tech market, Colombia is a major producer of electronics and appliances. Investigate how recent government efforts to promote the electronic sector have encouraged innovation and education. Explore what policies are required to ensure Colombia’s role in the global high tech industry of the future.

After centuries under colonial rule, Colombia achieved its independence from Spain in 1819 as “Gran Colombia,” a short-lived state that occupied most of northern South America until its collapse in 1831, when Colombia and neighboring Ecuador and Venezuela emerged as separate nations. Colombia was the first to institute a constitutional government, making it the continent’s oldest democracy. Today, Colombia is known for its significant natural resources, modern cities, and a diverse culture that reflects the indigenous Indian, Spanish and African origins of its people.

Despite long-running struggles with anti-government insurgent groups and drug-related security issues, the government has made great strides in recent years to secure peace with revolutionaries, minimize crime, and protect its strong democratic institutions. This movement towards internal stability is also mirrored in Colombia’s swelling economy, which has been a growth leader among the biggest Latin American economies for the last several years.

Colombia is a free market economy with major commercial and investment ties to countries around the world, including the United States. It depends heavily on exports of oil, coffee, and cut flowers, and it has consistently seen significant GDP growth of late. Economists have especially praised the country’s strength in both the stock and bond markets and a skilled labor force, though concern still lies in the fact that most of Colombia’s exports are commodity-based, making the country especially vulnerable to commodity price dips. Other worries include high unemployment, income inequality, and poverty rates, which have been falling. The world continues to watch in hopes that Colombia will continues its positive evolution. 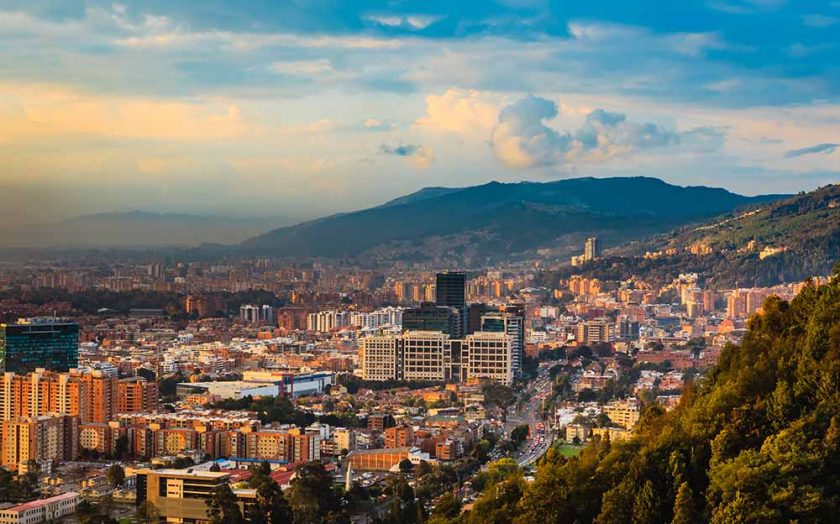 Take a cable care up to Monserrate for a view of the Andes Mountains. 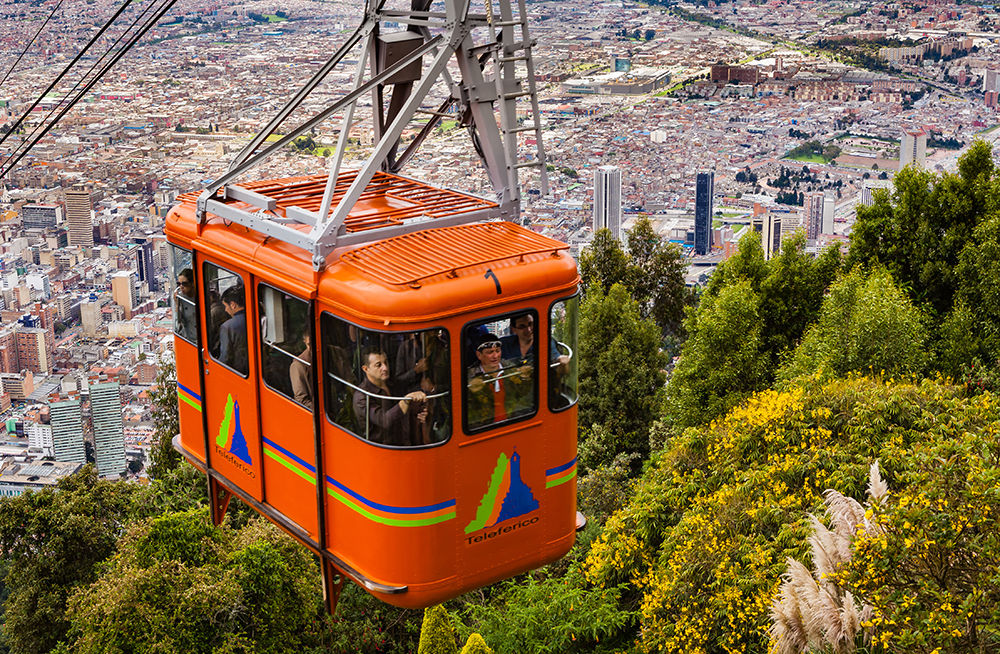 Colombia is one of the top coffee producers in the world. 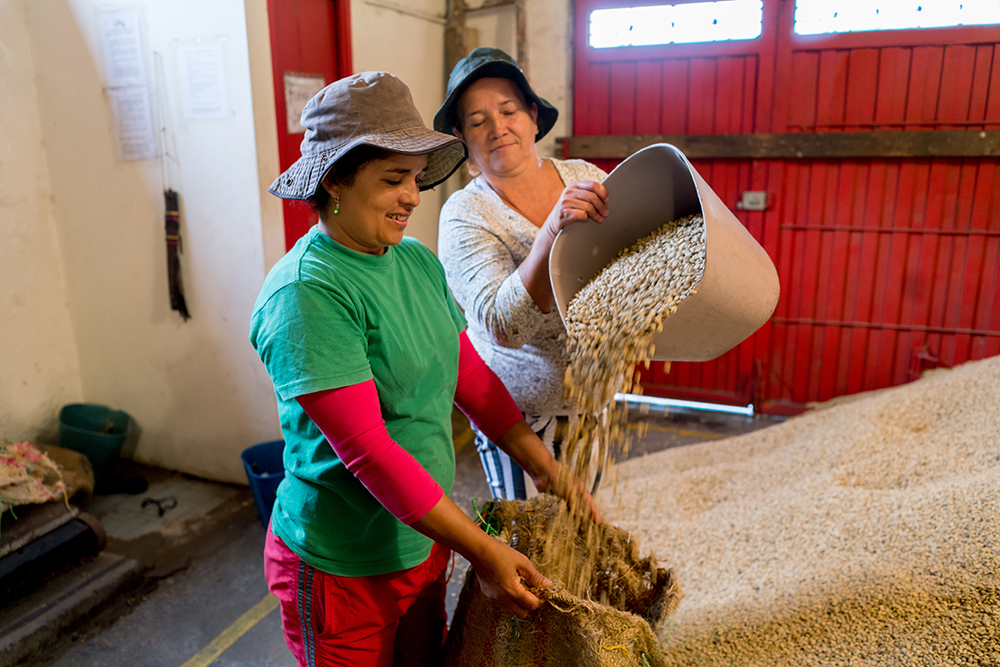 Catedral Primada is an excellent example of neoclassical architecture. 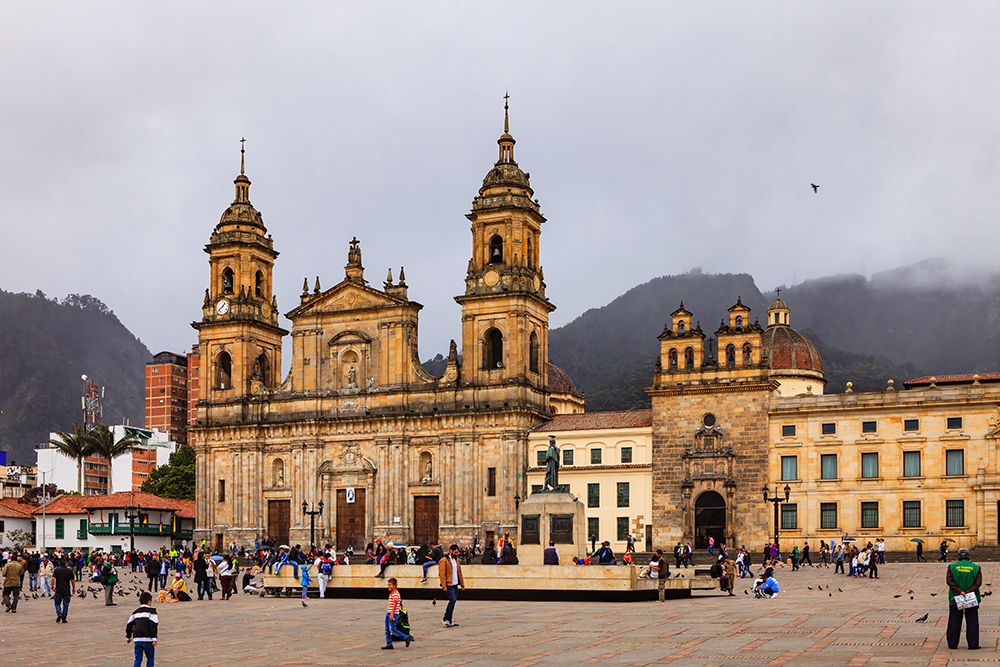