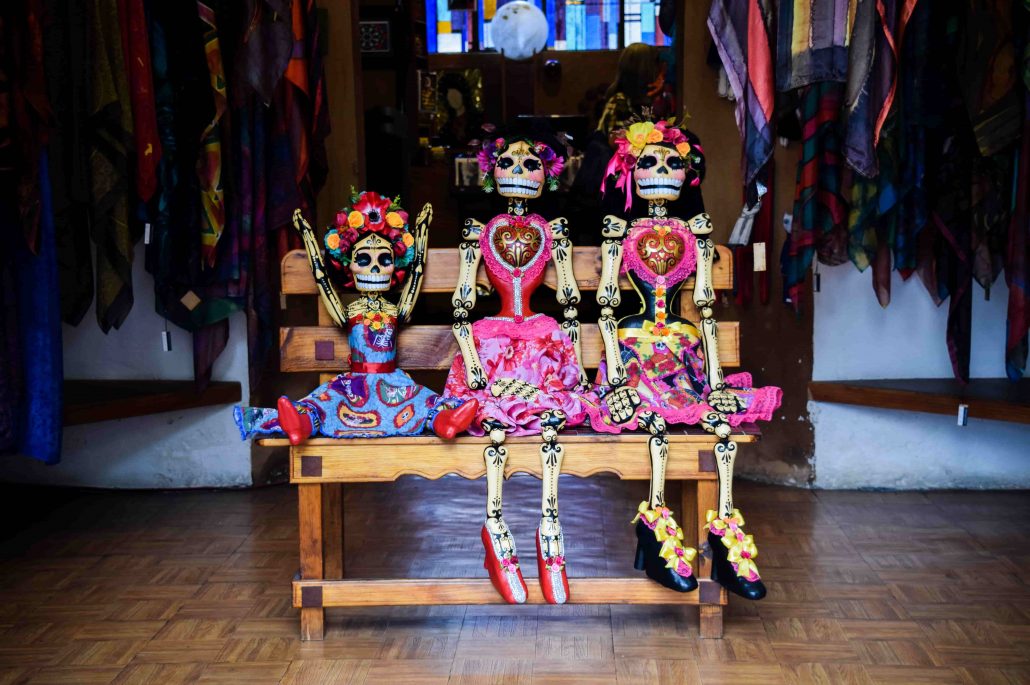 5 Halloween Traditions Around the World

Don’t look now…but it’s nearly Halloween! Celebrated in the U.S on October 31st, this popular holiday consists of costumes, chilling frights, and best of all, candy! With origins tracing back to the Celtic festival of Samhain, during which people who would wear costumes to ward off ghosts, October 31st was known as All Hallows Eve until the term Halloween emerged. While popular activities in the States include pumpkin carving, wandering through haunted houses, and watching scary movies, other countries have their own unique rituals for celebrating this time of year.

Ireland happens to be the birthplace of Halloween, and the holiday is just as popular here as it is in the States. Card games are played with friends and family, pranks are played on the neighbors, and instead of carving pumpkins, the Irish carve turnips! During the fall season, apples are often hung from doorways for a game of “snap-apple,” where players attempt to bite the hanging fruit. Instead of candy, the treat of choice is barmbrack, a fruitcake filled with wrapped treats.

In Mexico, as well as much of Latin America and Spain, the celebration of Dia de Los Muertos, which occurs on November 2nd, often begins early on October 31st. The dead are believed to return to their earthly homes on Halloween, so families construct colorful altars to honor the deceased. These are often decorated with flowers, candies in the shapes of skeletons and skulls, some of the dead’s favorite foods, and family photographs.

Austrians typically celebrate Seleenwoche, or All Saints Week, during the first week of November, but they do have some traditions for October 31st! To ward off the dark side, Austrians leave the lights on all night, and water and bread are left out to welcome any spirits that may be passing through.

The towns of Sumpango and Santiago Sacatepequez celebrate All Saints Day in their own unique way with gigantic kites during the Festival de Barriletes Gigantes. These round kites are often over 40 feet wide and extremely colorful, usually depicting ancestral symbols or contemporary social issues. Handmade by the villagers from paper and cloth with bamboo frames, the kites are used to send messages to those who are in heaven.

During the rise of Protestantism, the English moved away from many Halloween traditions—followers of the new religion did not believe in saints, so there was no reason to celebrate All Saint’s Day. However, a new ritual emerged in celebration of Guy Fawkes Day, during which large bonfires were lit, beets were carved, and instead of asking for candy from neighbors, children would ask for money (a penny for the Guy!).

Looking to continue the Halloween celebration? Check out our Halloween Classroom Ideas!