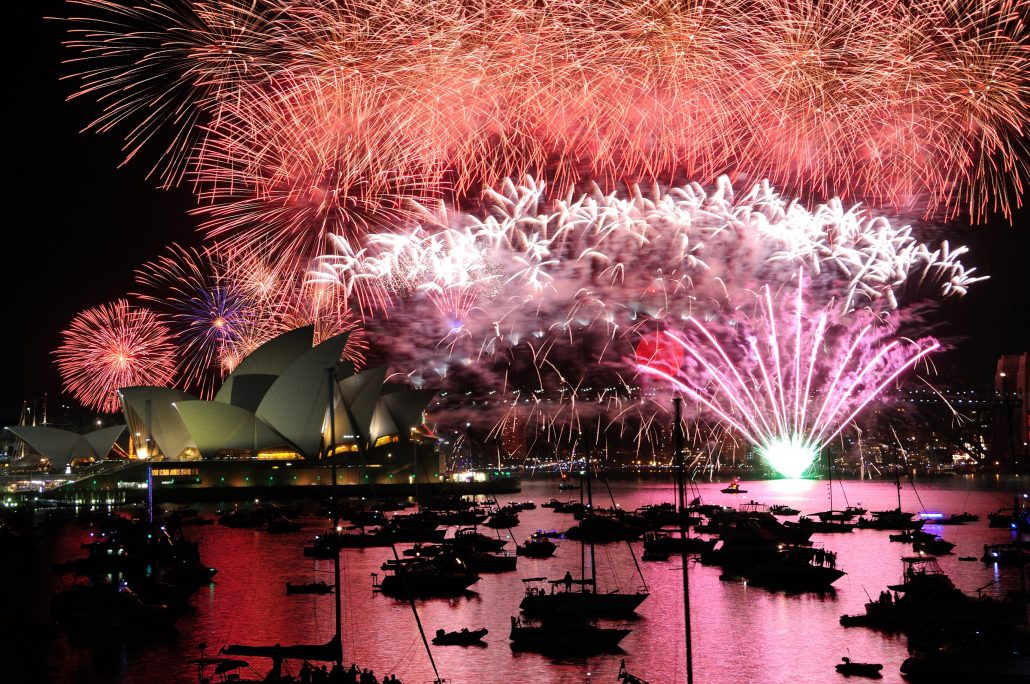 New Year's Eve around the world

Happy (almost!) New Year! As we prepare to welcome 2016, we thought we would look at how cities around the world bring in the New Year. Many of them include impressive firework displays, along with local festivals and traditions.

But first, a couple of fun facts about the New Year.

Who will be the first to welcome 2016? A small island in the Pacific, Kiritamati, or Christmas Island, is the first significant human habitation west of the International Date Line, making it the first to usher in each new year. The last place to see the calendar change? American Samoa. American Samoa and Samoa are approximately 50 miles apart, but change dates 23 hours apart as Samoa changed time zones in 2011.

Now, let’s look at how New Year’s Eve around the world is celebrated! 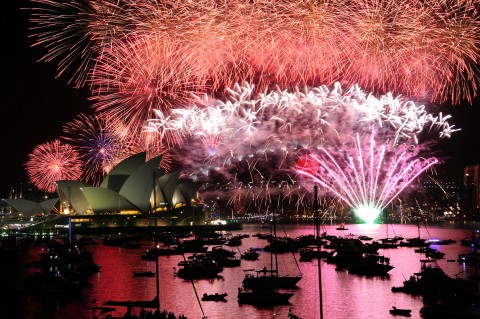 Sydney is known for one of the biggest New Year’s Eve celebrations around the world. Things kick off with pre-show entertainment and evolves into a night that sees the Harbour Bridge pylons transform into massive canvases for images and videos created especially for the event. Sydney celebrates Australia’s heritage with a Welcome to Country ceremony before the first fireworks display ignites at 9:00 PM. The Harbor of Light Parade follows, before a 12-minute firework display in the Sydney Harbour fills the skies. One of Europe’s biggest New Year’s Eve celebrations takes place in Berlin, between Brandenburg Gate and the Victor Column. The end of one year and beginning of another is celebrated with a huge open air party featuring live bands, DJs, and a fireworks display at midnight. The celebration draws a crowd of nearly one million each year. 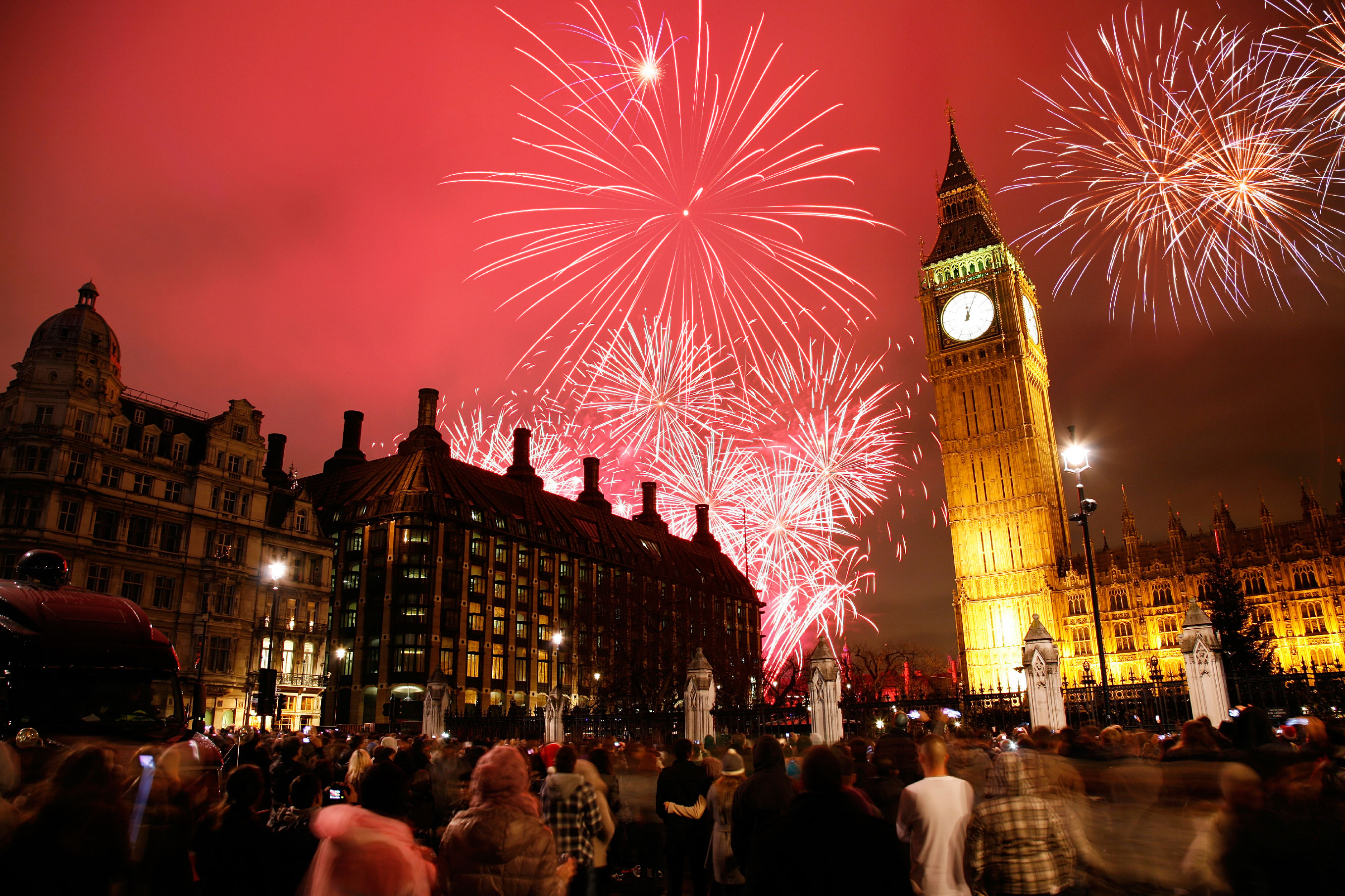 London promises an unforgettable New Year’s Eve, offering something for everyone. The city comes alive with festivities, parties, and events on every corner, leading up to London’s world-famous fireworks display along the River Thames. At the stroke of midnight, Big Ben erupts with fireworks timed to each chime, before eyes turn to the London Eye for a display set to British rock music echoing throughout the city. 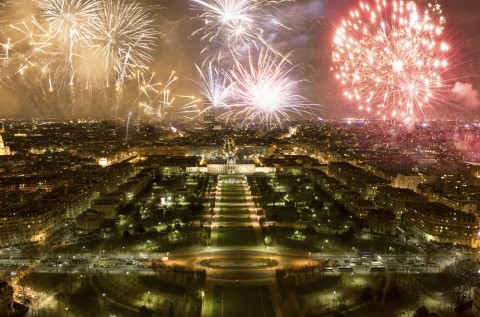 Paris, the City of Lights, becomes a City of Fireworks on New Year’s Eve. Hundreds of thousands line the Champs-Élysées, often with champagne bottles in hand, for a view of the Eiffel Tower. At midnight, fireworks burst from the landmark for one of the most beautiful fireworks displays in the world. New Year’s well wishes don’t end on January 1, however. Across France, people send greeting cards and gifts throughout the month to wish friends a wonderful new year. 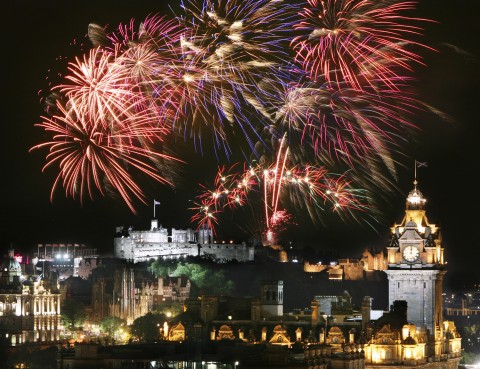 Edninburgh’s Hogmanay is world famous. The New Year festival lasts three days and includes everything from a torchlight procession on December 30 to a massive street party on New Year’s Eve, before wrapping with a parade and the Final Fling on January 1. There are concerts, family friendly events, and even a New Year plunge into the frigid waters of the River Forth. It is a New Year’s celebration not to be missed. 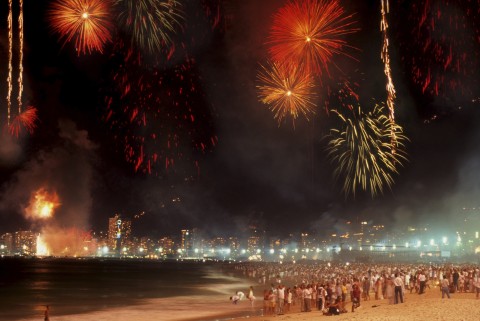 Want good luck in the new year? Head to Rio de Janeiro and make sure to wear white. Upwards of two million people flock to Copacabana beach for live music and merriment and Brazilians traditionally wear white to usher in good luck. Some may add a splash of color, such as red for romance or yellow for success, but don’t wear black—it is believed to usher in a year of doom. The celebration doesn’t end with the fireworks display at midnight. Many revelers continue the party into the wee hours of January 1. 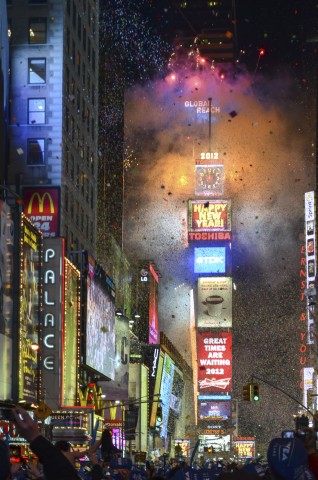 All eyes are on New York City on New Year’s Eve. A million people pack Times Square and over a billion watch throughout the world to countdown to the new year as the famous New Year’s Eve ball descends from atop One Times Square. The Times Square celebration also features star-studded musical performances, fireworks, and an impressive confetti shower.

That’s just a few of the celebrations that take place on New Year’s Eve around the world. How are you planning to ring in 2016?