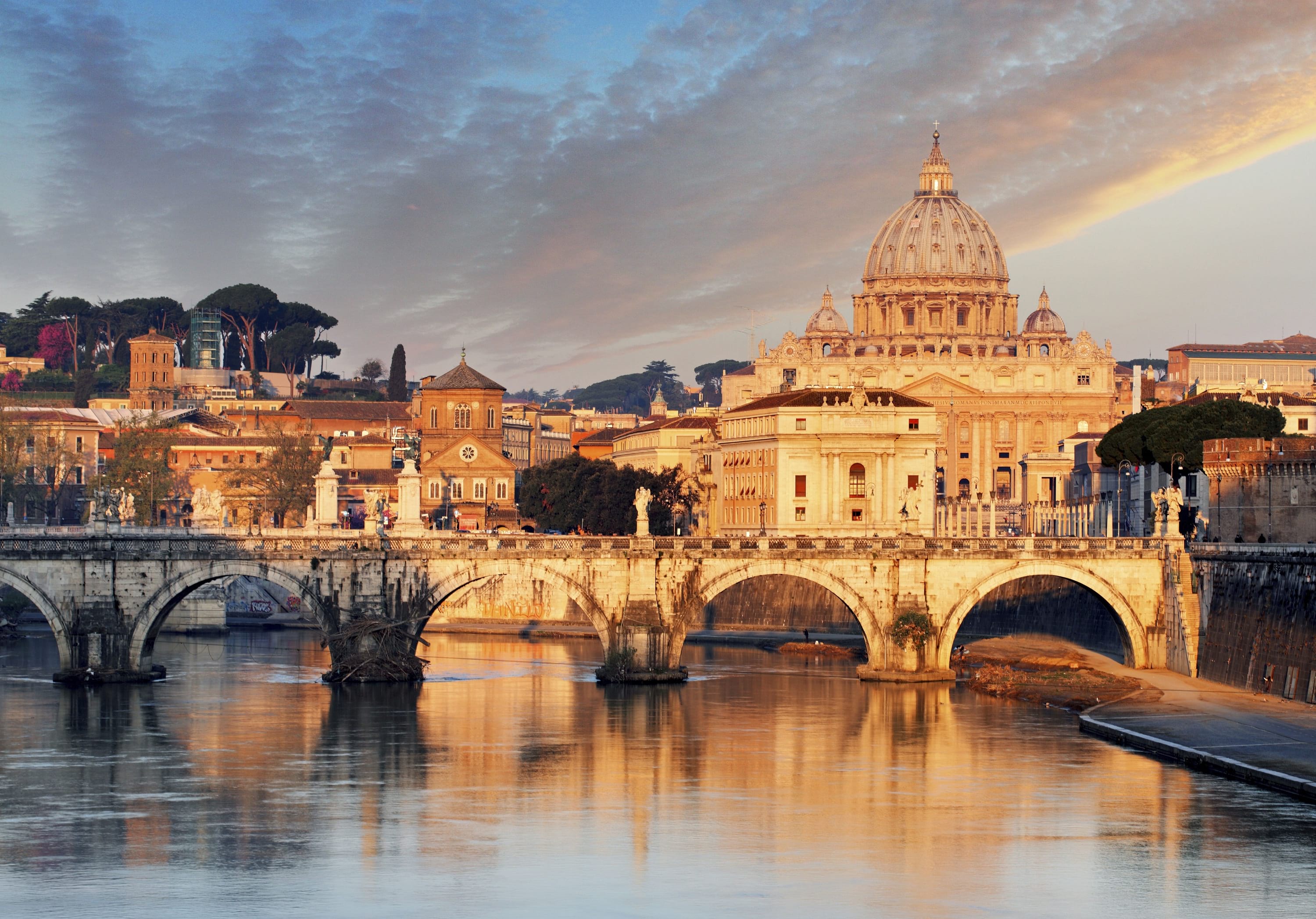 Known as “Bella Italia” to it citizens, this boot-shaped country is only slightly larger than Arizona, yet its contributions to Europe’s character and heritage are huge. Its vivid history is marked by political rivalry and a complex succession of occupations and governments over time, leaving a legacy of magnificent old cities and architectural masterpieces - from Venice to Florence to Rome. It’s also a gem in Europe’s culture crown, giving us impressive artworks and legendary artists and composers, including Da Vinci, Michelangelo, Verdi and Puccini among them. Partake of Italy’s sensual culture through its unforgettable cuisine and wines. Explore the student travel programs available throughout Italy for school trips and tours.

MAP
PIC
Italy in Depth
Explore Italy in-depth with your students. Start with the canals and colors of Venice. Move on to Florence where you’ll behold Michelangelo’s David and the mag...
10 Days

MAP
PIC
Ancient Italy
This boot was made for walkin’! Half of your time will be spent in Rome among the relics and ruins of history’s greatest civilizations. Then, head south for a ...
Custom
See Details

MAP
PIC
Italy and Croatia
Discover Italy and Croatia with your students! From floating Venice to seaside Dubrovnik, there’s a captivating vibe along the Adriatic Sea, and it lives everywh...
9 Days
See Details

MAP
PIC
Roman Holiday
Enjoy the best of Rome with our Roman Holiday tour. Start with icons like the Colosseum and the Forum. Study Vatican City treasures, like the Sistine Chapel and St...
8 Days
See Details

MAP
PIC
Venice to Prague
Travel from Venice to Prague and experience some amazing and beautiful historic landmarks in Italy, Austria, and Czechia. Ride on the Grand Canal, the bustling wa...
10 Days
See Details

MAP
PIC
Venice to Athens
Travel from Venice to Athens! Tour the beautiful floating city of Venice and take a ride along the Grand Canal. Then head to Florence and view amazing sights, s...
10 Days
See Details

MAP
PIC
St. Mark's to the Seine
Travel through Italy and France as you go from St. Mark's Cathedral to the Seine River. Think Renaissance to La Resistance. Feel the force of Italian everything in...
10 Days
See Details

MAP
PIC
Roman Conquest
Take your students on a Roman Conquest. See the sites in Barcelona, then cross into France and visit the fortified town of Carcassonne. Explore the Nîmes area a...
10 Days

MAP
PIC
Bell'Italia
Experience Bell'Italia with your students. Fall in love with Italy's incomparable cultural flavors—its passion for the arts, its early Christian and Byzantine ...
9 Days

MAP
PIC
Roman Italy
Explore Roman Italy like the natives did with your students. Start on the Amalfi Coast at Sorrento, home of the mythical Sirens, then on to the beautiful Isle of ...
9 Days

MAP
PIC
Italy and Greece
See the best of Italy and Greece with your students. Begin with legendary Roman Pompeii, survivor of Vesuvius eruption. Take in a little luxury in Naples and Capri...
9 Days

MAP
PIC
France and Italy
Tour France and Italy with your students. Bonjour! Welcome to Paris, Europe's most beautiful city. Sightseeing with a local guide includes the Arc de Triomphe and...
14 Days

MAP
PIC
Paris, Nice, and Florence
Take an in-depth tour of the City of Lights and the incredible Palace of Versailles before heading to Nice, the 19th-century elite retreat town that still attracts...
Custom
See Details

MAP
PIC
European Cultures
Show your students the best of European Cultures on this student tour. Begin in London and tour the city with a local guide. Then, it's off to Paris for a taste of...
14 Days
See Details

Archaeological Tour to Italy - From Roman Ruins to the Renaissance
Italy calls to people in a unique way. The rich and colorful culture melts into a warm atmosphere filled with light and life. Ancient traditions combine with a spi...
13 Days
See Details

MAP
PIC
Treasures of Italy
Show your students the Treasures of Italy. Discover Venice and its canals with a local guide. Travel to Verona and visit Juliet's house and its famous balcony. S...
9 Days
See Details

MAP
PIC
London, Paris, and Venice
Travel to London, Paris and Venice with your students. No cities encapsulate the cultural wealth of Europe better than these three beloved destinations - from pomp...
9 Days
See Details

MAP
PIC
Artist's Journey
Take your students on an artist's journey through France and Italy. Starting with Paris, fall in love with da Vinci's Mona Lisa at the Louvre. Discover the beauty...
10 Days

MAP
PIC
European Masterpieces
Four countries in 14 days, all designed to highlight the artistic wonderworks of the greats. Meet Mona in Paris and David in Florence, plus hundreds of others alon...
Custom
See Details

MAP
PIC
Romantic Roads
See the Romantic Roads of Germany and Italy. Begin in Rothenburg for a tour with a local guide. Then, it's on to Munich where you will see the Glockenspiel, Nymphe...
10 Days

MAP
PIC
Paris to Rome
Take your students from Paris to Rome. Join a local guide for a tour of the City of Lights. Visit the opulent Louis XIV’s Palace of Versailles. Later, overnig...
10 Days
See Details

MAP
PIC
Room with a View
How about a room with a view? See spectacular views framed by your hotel room window from Rome, the Vatican, Assisi, Florence, and Siena-San Gimignano. The local ...
8 Days

MAP
PIC
Tutt' Italia
Show your students Tutt’ Italia – discover “Everything Italy” on this fascinating look at local culture across the country. Feel romantic in Venice with it...
13 Days
See Details

Custom Performing Tour to Italy
Build your perfect performing tour to Italy with your school ensemble. The Renaissance – and its enduring legacy – is alive and well. You'll explore the countr...
Custom
See Details

MAP
PIC
Rome - The Eternal City
Italy calls to people in a unique way. The rich and colorful culture melts into a warm atmosphere filled with light and life. Ancient traditions combine with a spi...
Custom
See Details

Music in Italy
Explore Music in Italy. Ancient traditions combine with a spiritual pride expressed in the art and food. Something about Italy stirs the soul as much as it educat...
8 Days
See Details

MAP
PIC
European Cantata
Great Britain is a region of myth and legend, ancient and modern, tradition and rebellion, and France evokes elegance, opulence, and richness. Their diverse and li...
8 Days
See Details

Custom University Travel to Italy
There is something about Italy that stirs the soul as much as it educates the mind. Once the heartbeat of the world’s most important empire and most powerful sin...
Custom Length

Catholic Pilgrimage Tour to Italy - Land of Saints and Miracles
Roam cobbled streets, beautiful squares, and historic monuments as you travel through Italy and explore the land of saints and miracles in the fascinating cities o...
10 Days
See Details

A Catholic Pilgrimage to Siena, Florence, Assisi & Rome
There are few places that serve as a true touchstone to the art, food, and culture of a region as much as Siena, located in beautiful Tuscany, and our Catholic Pil...
9 Days
See Details

Italian Language Tour - Sorrento, Italy
This Italian language tour helps students expand their language skills while immersing them in the local life and culture of Sorrento, Italy. Along with language a...
Custom
See Details

Catholic Pilgrimage Tour to Italy - Siena, Florence, Assisi and Rome
Italy calls to people in a unique way. The rich and colorful culture melts into a warm atmosphere filled with light and life. Ancient traditions combine with a spi...
Custom
See Details

Tailored travel programs
We're known for our personal approach to all of our travel programs. But if you haven't seen something here that describes what you had in mind...well, we do that ...
Custom Length

Art Tour to Italy - Cradle of the Renaissance
Discover the rich and colorful culture of Italy that melts into a warm atmosphere filled with light and life. Ancient traditions combine with a spiritual pride exp...
10 Days
See Details 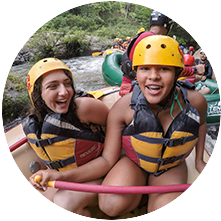 A fun and safe environment

The safety and health of our travelers is our top priority. From 24/7 emergency support, to a team of medical professionals “on call,” we’ve invested in resources to support you every step of the way. We also continually monitor the safety of all travel locations and adapt our processes to provide a healthy and safe environment for all our students. View all our safety measures. 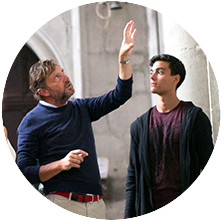 Travel brings the classroom to life

Hands-on exploration means deeper learning. Over more than 50 years in student travel, we have seen the results when students get up close with the subjects they’ve only read about, whether during a class trip or an individual enrollment program. We are committed to bringing these experiences to all students and offer fundraising, scholarships and financial assistance to make educational travel available to all. 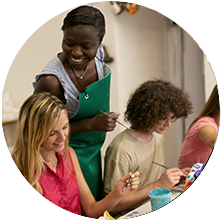 Learning outside the classroom is crucial, and that’s why WorldStrides is accredited by the same educational bodies across North America and Canada that accredit K-12 schools. It allows us to offer students high school and college preparatory credit, and teachers free professional development. We even have a dedicated Curriculum and Academics Department—our own team of teachers! See our commitment to educational excellence.