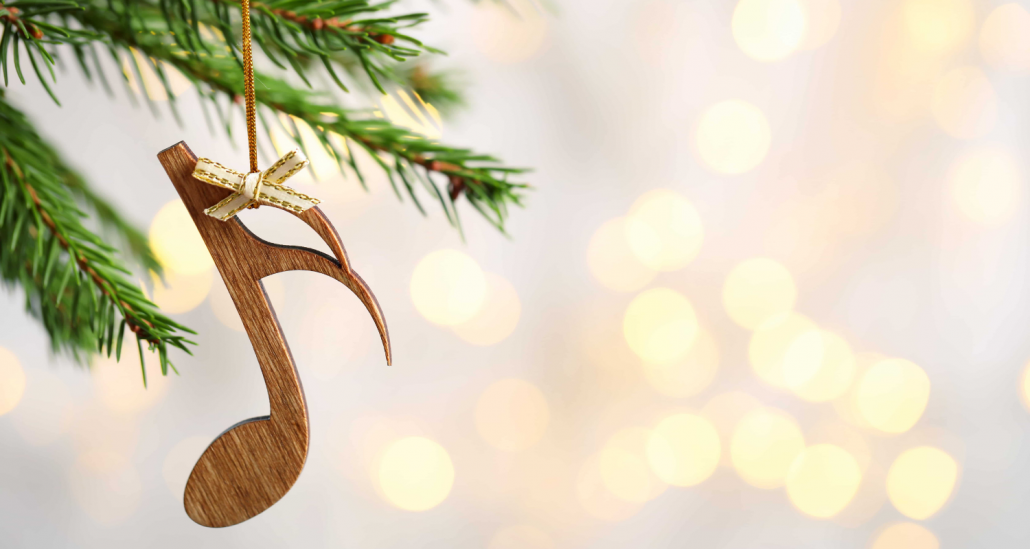 By the end of November, it begins. You start to hear the tinkling of bells and the swell of choral voices that marks the start of the holiday music season. While many of the more familiar classical carols were produced during the 19th century, the period from the Great Depression to the post-war 1950s saw a surge of new holiday music. Many of these songs were tied to the era’s popular singers, entertainment, and media. Keep reading to discover the background behind some of our favorite classic holiday songs!

Have Yourself a Merry Little Christmas

The version you’ve heard countless times is most likely not the original! When Judy Garland sang this song in the 1944 movie Meet Me in St. Louis, she found the original lyrics a little too morose:

“Have yourself a merry little Christmas / It may be your last / Next year we may all be living in the past / Faithful friends who are dear to us / Will be near to us no more.”

The songwriter edited the tune to be more optimistic, which is how we ended up with the line “Let your heart be light / Next year all our troubles will be out of sight.”

This wasn’t the only lyrical edit the song had, though. In 1957, at a request from Frank Sinatra, songwriter Hugh Martin made the following edits: “Until then we’ll have to muddle through somehow,” became “Hang a shining star upon the highest bough.”

Santa Claus is Coming to Town

This tune has the distinction of being one of the first children’s songs to be introduced via the radio! While on their way to a music publisher’s office, songwriters John Frederick Coots and Haven Gillespie sat in a subway car and penned the tune on the back of an envelope.

The second-best-selling holiday song, this tune was written by Gene Autry, who was also the mastermind behind the classic “Here Comes Santa Claus.” The popularity of this jingle is likely tied to the beloved animated TV special it comes from, which has been airing annually since 1962.

Welcome to the number one best-selling Christmas tune of all time! This song’s initial (and most popular) rendition took a mere 18 minutes to record. There are now reportedly over 500 versions of the song in over 12 languages. This classic made its original debut during the 1942 film “Holiday Inn,” where it was sung by Bing Crosby. He’s also the singer behind another holiday classic, “I’ll be Home for Christmas,” which was written to capture the mood of homesick Americans during the heart of World War II.

“Stille Nacht” was originally written by Father Joseph Mohr in 1816, who was inspired by the snowy journey he had to take one night to bless the newly born baby of a poor parishioner. It would be two years until his words were set to music by Franz Xaver Gruber and nearly fifty before they were translated to English. While the current tune plays like a soft lullaby, it’s believed to have originally been a dance-like tune in 6/8 time. Now, there are over 730 versions of the song out there!

Chestnuts Roasting on an Open Fire

Surprise: the above is not the actual name of the song! Titled “The Christmas Song,” this tune was written during a heatwave, and it took Bob Wells and Mel Torme only 40 minutes to write the music and lyrics. One of the most popular versions today is the original Nat King Cole rendition. Bonus fact: The year this song debuted, 1946, is also the year Hallmark started selling its vast amount of holiday cards!

Looking for more holiday treats? Check out 11 Traditional Holiday Dishes from Around the World!