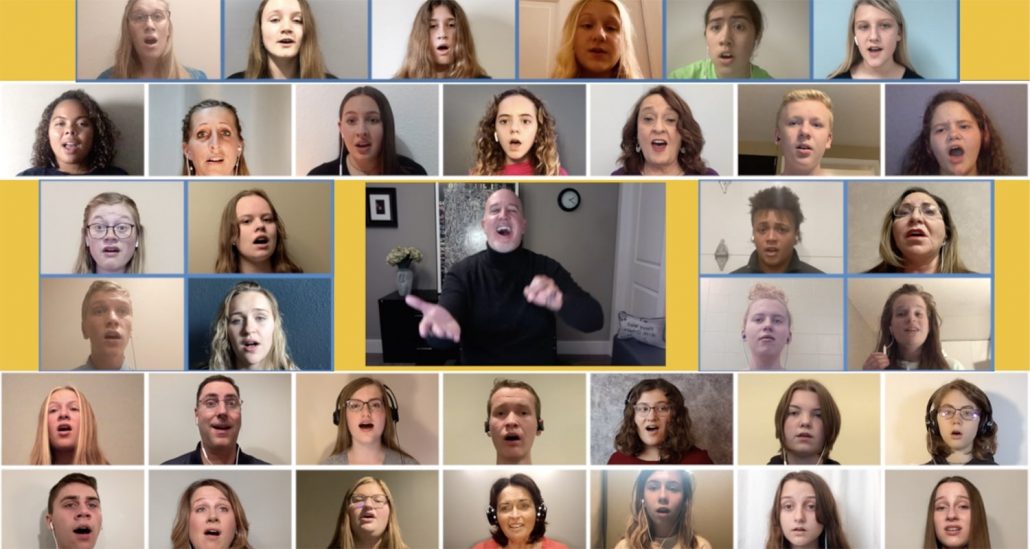 On March 1, 2020, when WorldStrides welcomed talented choirs from across the country for their grand debut at Carnegie Hall in New York City, we didn’t yet know the impact that COVID-19 would have on the performing arts and that for many of the groups it would be their last live performance.

“Joy filled my soul as I watched the faces of the singers as they looked up at the ceiling and out into the audience with awe,” said Melanie. “Prior to the trip we had talked about many of the outstanding musicians who have performed on this same stage and how there was high level of expectation for all performers who graced the stage. Now, it was our turn and it was all we could have hoped it to be.”

While it was their first time at Carnegie Hall, one would have never guessed. Conducted by Greg Gilpin, the choir beautifully performed a number of pieces they’d been practicing for weeks. The audience of the Ronald O. Perelman Stage of the Isaac Stern Auditorium erupted into applause as the proud performers exited the stage.

Since then, the applause has softened, as many performers are still awaiting that first chance to return to making music together. However, for choirs like Melanie’s, who look forward to when they can share the stage again, the desire to perform is as strong as ever. Knowing the power of song and how hard they have worked to get where they are, we wanted to give the Grand Cities Children’s Choir a chance to recapture the special moment they had that afternoon at Carnegie Hall by creating a virtual encore and sharing their performance with the world.

Working with Gilpin, the WorldStrides Performing Arts team arranged the performance, which included 38 of the choir’s 230 singers and several of their relatives, all of whom hail from the greater Grand Forks, ND area and range from 13 to 62 years old. The choir chose to sing For the Beauty of the Earth, a piece that was written by Gilpin himself and that they had performed under his direction in March.

“One of our singers pointed out how the things mentioned in the song were things that we normally take for granted—the earth, the sky, trees, flowers—and that we should look for the beauty in everything,” said Melanie. “These words ring true now more than ever which makes the song relevant to our young singers.”

We hope that you enjoy their performance and will consider sharing it as well, so that their virtual stage and applause may grow and so the words and beauty of the song may inspire others. We also hope that groups like theirs will soon be able to perform in person and share the magic of live music with audiences across the world.