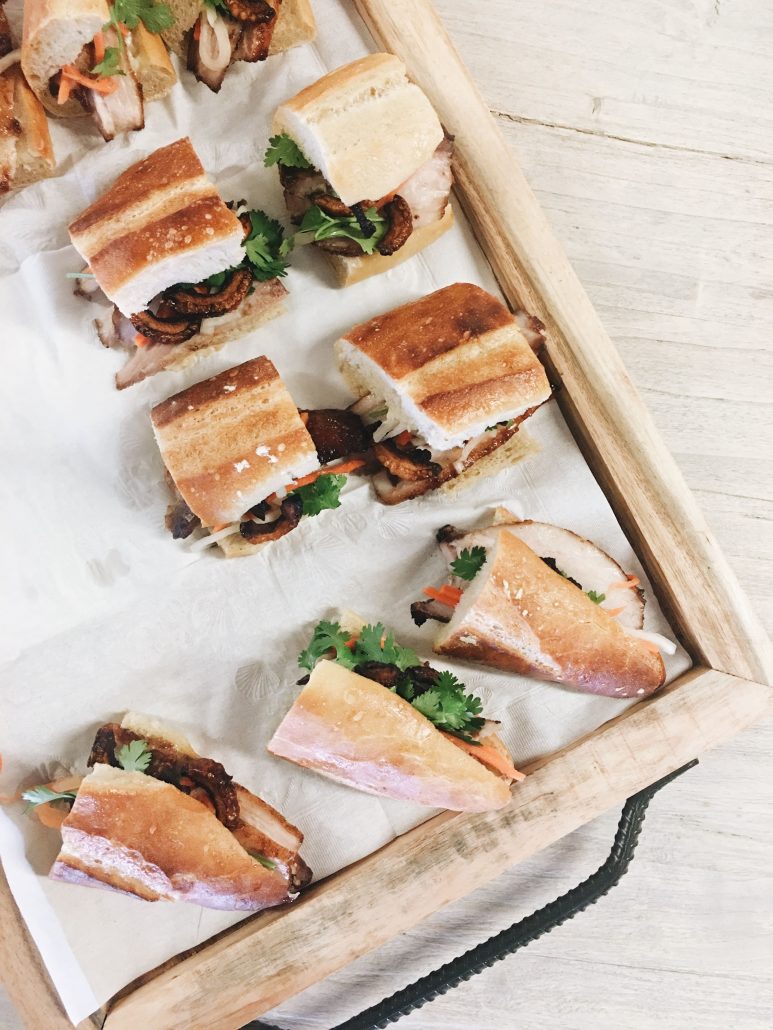 10 Must-Try Sandwiches around the World

The possibilities are endless when it comes to the sandwich. As simple – or as decadent – as you make it, this portable powerhouse of a food has had a long history. Our current idea of the sandwich was popularized in England back in the 1700s. John Montague, the 4th Earl of Sandwich, had a love for playing cards. During a particularly long stretch at the table, he requested the chef to concoct him something he could eat at his seat without dirtying his cards. The chef presented him with a steak between bread, and the sandwich was born! This creation proved so popular in England, it would take on the Earl’s name.

While there might be some debate on what constitutes a sandwich, we can all agree on one thing – they’re delicious! Here are some of the tastiest sandwiches you can find around the globe.

Traditional Bahn Mi consist of french baguette, filled with cold cuts, pate, pickled veggies, cilantro, and mayo. At most vendors, you can find different kinds of meat such as lemongrass chicken, barbeque pork, and for the veggies out there, tofu!

The doner kebab was born in Turkey but is beloved throughout Europe. This flatbread (generally pide) is filled with grilled meat, veggies such as lettuce and tomato, and THE white sauce. If you know, you know! (You may be familiar with its close cousins, the Gyro, or Shwarma)

You can get many varieties of “sando” in Japan – all served on fluffy white bread – but this version comes with deep-fried, panko-crusted pork cutlets. Looking for a super quick bite? Head to a local 7-11 or FamilyMart – these convenience stores sell high-quality meals, much different from what you’d expect from their U.S equivalent!

We’ll be honest, those unfamiliar with vegemite will NOT be smiling and asking for a Vegemite sandwich when they first try the spread, but that’s because they’re most likely using it wrong! This thick brown paste is made with yeast extract and is known for its very strong, salty, umami taste. When making your sandwich, don’t glop it on like peanut butter. Toast your bread, liberally spread some butter on, and then add a very light layer of vegemite. Yum!

The Croque Monsieur was first spotted in Paris around 1910, and its ham and cheese goodness has been dear to our hearts ever since. Often using Gruyere or Emmental cheese, the sandwich rises to another plain after being topped with bechamel, more cheese, and then melted under a broiler. You can make its sister, the Croque Madame, by topping with an egg. (Perfect for brunch!)

You can find almost anything on smorrebrod, but there will generally be fillings on top of small squares of Rye bread. A local favorite is pickled herring. A trademark of Denmark, these sandwiches are not just tasty, but often beautiful.

A seemingly simple sandwich, leberkase consists of a roll, mustard, and meat – and the meat is where this one stands out. Approximately a meatloaf, the ingredients of ground pork and corned beef, onions, and seasonings are baked and sliced. While Leberkase roughly translates to “Liver Cheese”, not all of them contain liver!

Most common in Porto, this sandwich has your usual toasted bread, meats, and cheeses, but is doused in a rich, tomato-based sauce. This is one sandwich that you can’t take and walk with – this is fully a sitdown meal! Some believe that the francesinha is based off France’s Croque Monsieur.

You’ve probably had a panino before. It’s the singular form of the word panini! Most anything can be found within a panino, but it’s known specifically for its final step of being pressed on a grill.

You’ll find variations of this throughout Latin America, but it’s most popular in Argentina. Chorizo (spicy sausage links) is split down the center and grilled, placed in a roll, and topped with chimichurri. Many will say this is basically a hot dog which raises the philosophical question – is a hot dog a sandwich?

Is your favorite sandwich not on the list? Let us know who should be included and why at ourstories@worldstrides.com. Craving more food selections of the world? Indulge in 8 Kinds of Ice Cream around the World!