It’s nearly that time of year again – College Bowl Game season! The preparation for what will happen on the field isn’t just for athletes. Every year, WorldStrides OnStage invites high school marching bands to perform across the different bowl game halftime shows. The work has already begun on the exciting on-field music performances.

Here’s a sneak peek at the themes for the 2019 College Bowl Game Halftime Show lineup!

60 years ago the Beatles began their storied music careers as the world’s most iconic and memorable Rock & Roll band! The Fab Four, the British invasion of long hair, screaming, wild-eyed crowds of fans, there is nothing left to be said other than to sing along!

Those iconic words spoken on the moon 50 years ago, “one small step for man, one giant leap for mankind“. With Cape Canaveral just 50 miles away from this very stadium, we salute the multitude of people and organizations that had a hand in this great moment in history.

Perfect in every way, with the beaches, the sun, the sea, the zoo, SeaWorld, sailing, fishing, food, fun, and so much to do! We take you on a brief tour of San Diego through the music, color, and motion in the halftime finale!

Wondering how these fun themes are selected? We asked our very own Doug Green, Vice President for WorldStrides OnStage, for the inside scoop on the process!

“The way each theme comes to life is based on a number of things,” says Doug, who’s unique role extends to producing the halftime show, in collaboration with the bowl game organizations. Doug works with the Bowl Game committees, and/or executives for each game to brainstorm and eventually select a theme for each halftime show far in advance of the teams being selected. There are meetings, presentations, and music demos. Occasionally, a trending opportunity is used for a theme suggestion!

Once a theme is chosen, the show itself starts to take form. They choose music that is upbeat and will get the crowd excited and having fun, as well as appropriate for a family-friendly crowd. Doug explains, “We have to narrow down how many songs and how long each song will be based on what each Bowl Game allows for in terms of timing for the show, usually 4-6 minutes.”  If there are large dance groups involved, they also have to take into account that the dancers can do choreography to the songs in question.

“If there is a guest star, we have to wait for the guest star to tell us what songs they want to perform and then work out a music track that we can arrange for the mass band.  We have a small group of professional arrangers we call upon to arrange the music for the high school band,” Doug reflects. “We have to get musical clearances and pay a fee for every song we arrange and the Bowls have to be signed up with ASCAP and BMI music services to pay fees to have those songs played in their stadiums and for a TV audience.  It can get complicated!”

Once all of this is arranged, it’s time to put on a show! So how do these shows come to life? It’s not as simple as just playing the music. As Doug highlights, “We try to add special effects and large props to enhance the shows and make them more exciting and fun to watch.  This is how Sky’s The Limit Productions got started…our props work with the Bowl Games was noticed by major sporting events who began calling and asking if they could have those props for their events. We now work with all major sports providing props including NFL, MLB, Universities, NASCAR, Indy 500, Presidential Campaigns.” Bottom line – if you’ve seen a large flag unfurled at a stadium game, chances are, WorldStrides’ own Sky’s the Limit Production company had a hand in it!

Doug says finding the right balance to create a fresh, appealing show for both performers, and thousands of viewers is certainly a challenge. “It’s never a perfect fit,” he explains, “but we have had a great run over 30 years of providing fun, exciting shows and music for all!” It’s no surprise, Doug jokes, that he can balance the many things involved. ” I was a high school band director, I can handle anything!” he laughs.

Ready to be a part of next year’s show? Find out more about WorldStrides’ OnStage Bowl Game and Parade Events here. 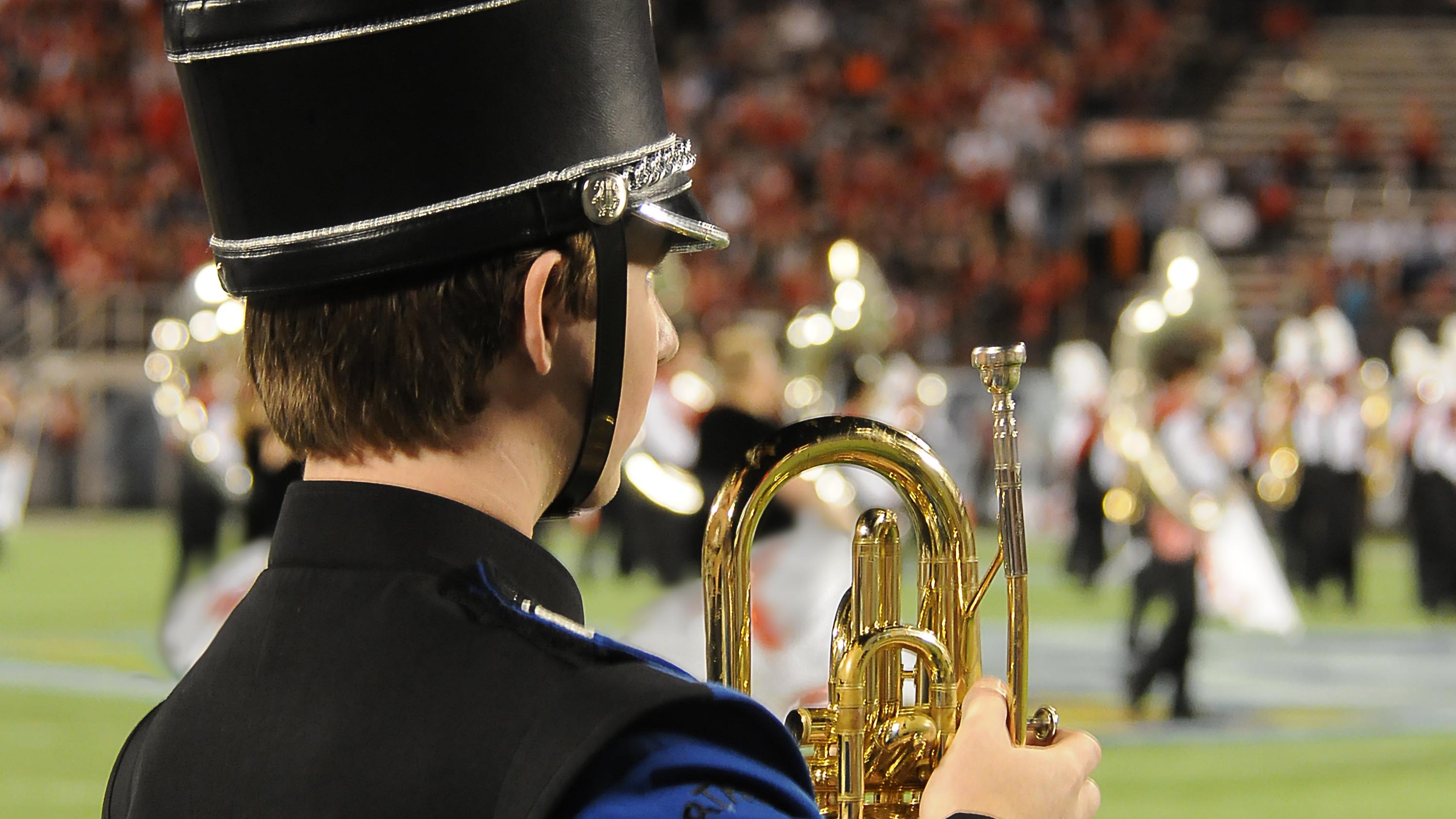 Kick back and celebrate. At the Camping World Bowl (formerly known as the Russell Athletic Bowl) in beautiful Orlando, your musicians will experience one adventure after another! Perform in the halftime show of the acclaimed Camping World Bowl! Visit Epcot® Theme Park in Walt Disney World®, SeaWorld®, The Wizarding World of Harry Potter™ at Universal Studios, Kennedy Space Center, and more! You’ll love celebrating the end of marching season with a thrilling performance and a trip filled with friends, sun, and fun. ...Read More 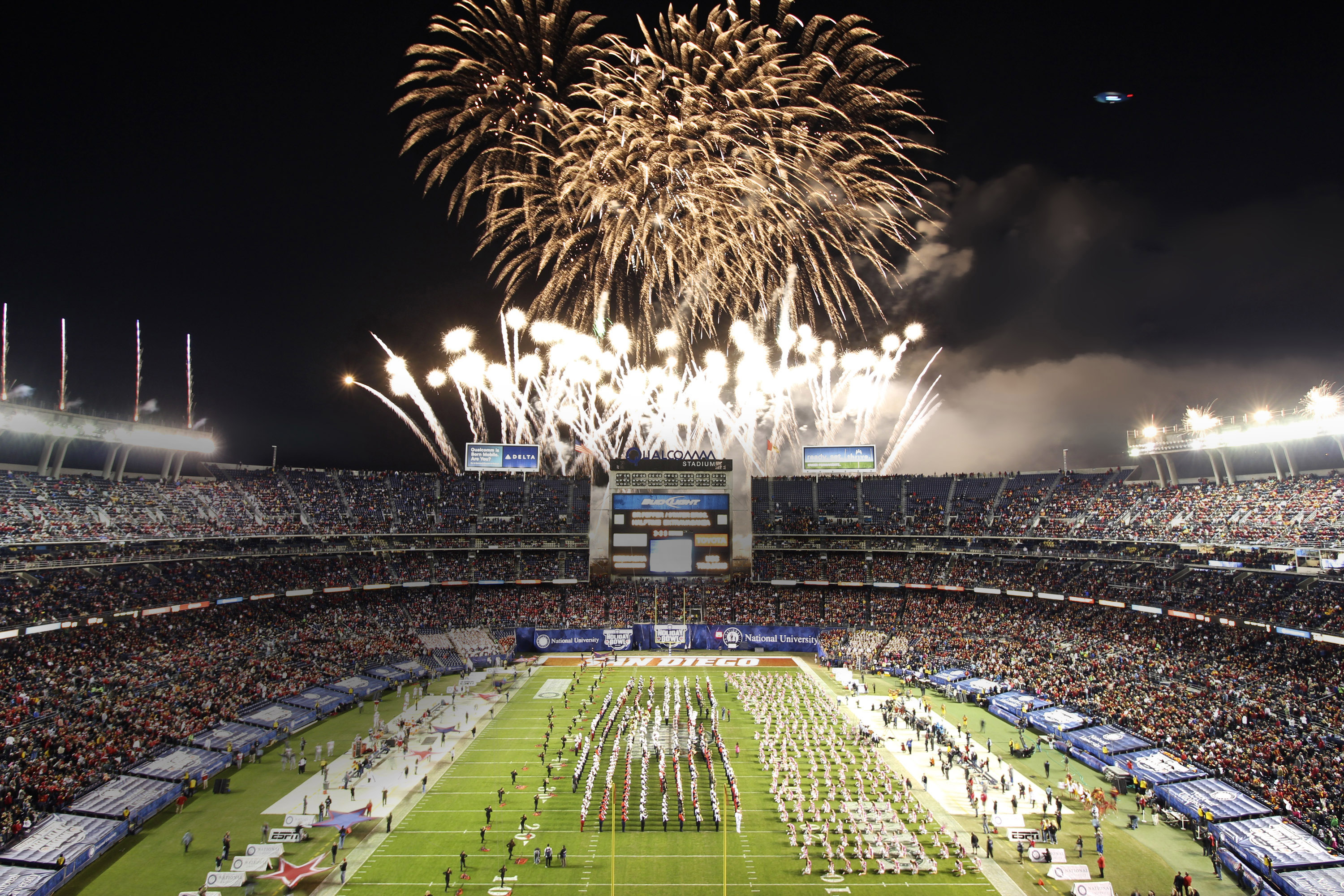 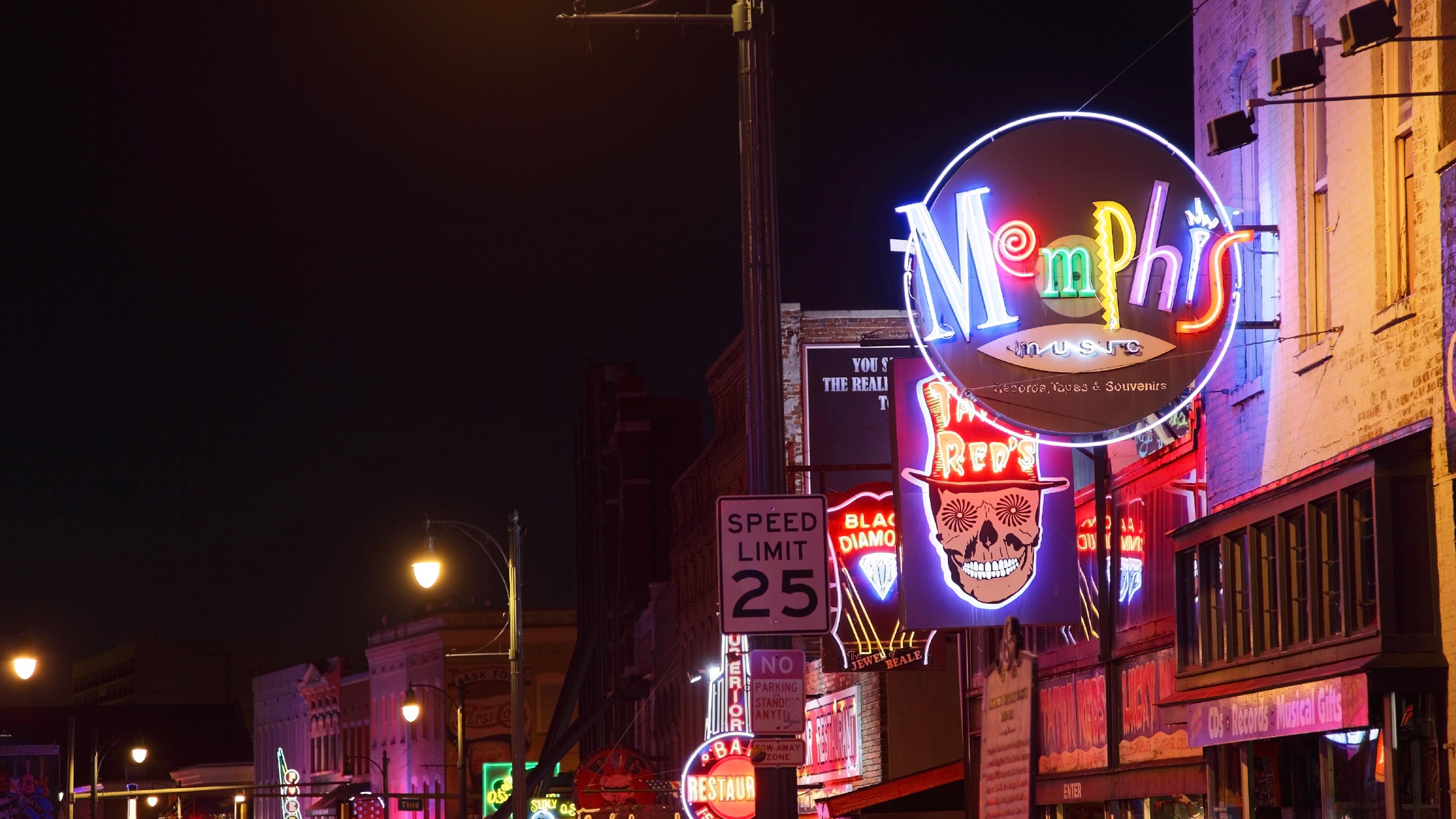 WorldStrides is committed to achieving educational excellence. Through our partnerships, accreditation, and professional affiliations, we continue to extend education into the worldwide classroom and provide unique opportunities for learning beyond classroom walls. 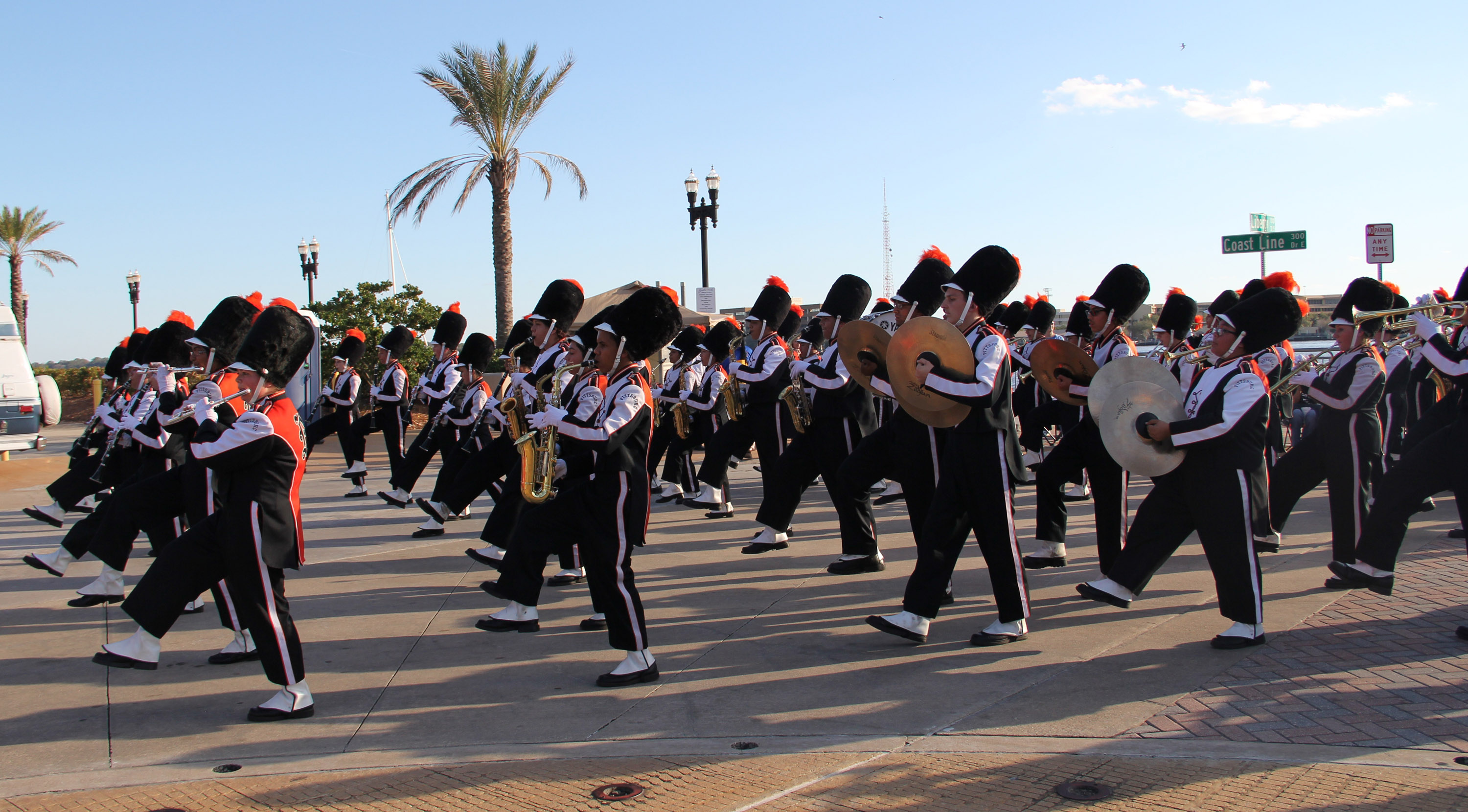 New for 2019-20 season! Only one talented high school marching band will be selected to perform at the 2019 TaxSlayer Gator Bowl in sunny Jacksonville. Showcase your marching band while performing during pre-game and halftime!! Are you up for the challenge? ...Read More 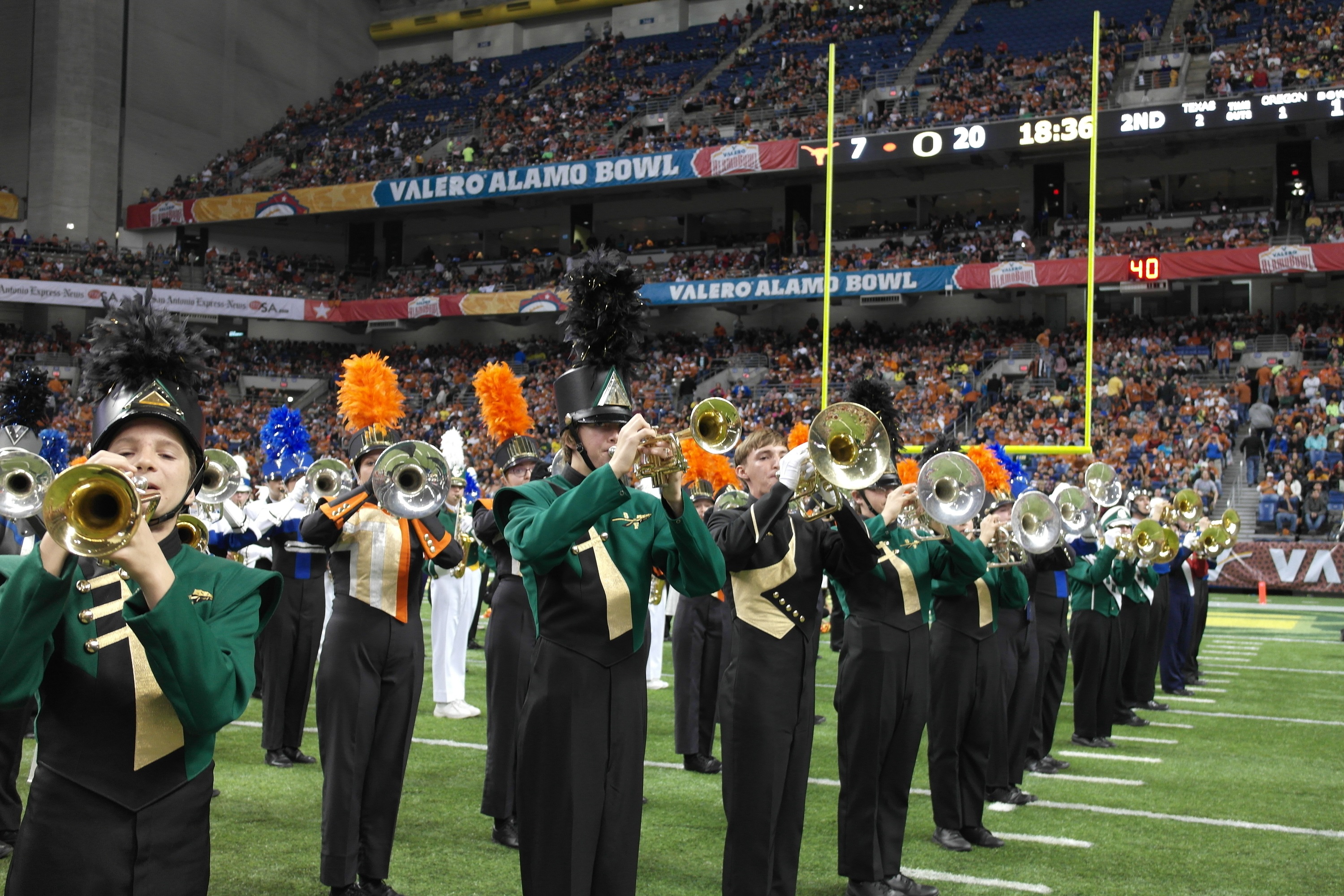 An invitation to perform at the Valero Alamo Bowl halftime show puts your band in the heart of San Antonio, where history, culture, art, and commerce are revitalizing this legendary Texas town. The Alamodome, which seats 72,000, becomes the heart of the city in December as people pour into town for this major college bowl game. Be part of the action at the River Walk Pep Rally and cheer on the college bands as they battle it out on river barges. You’ll love meeting the university performers and the fans, and your visit to San Antonio will be one to remember!   ...Read More 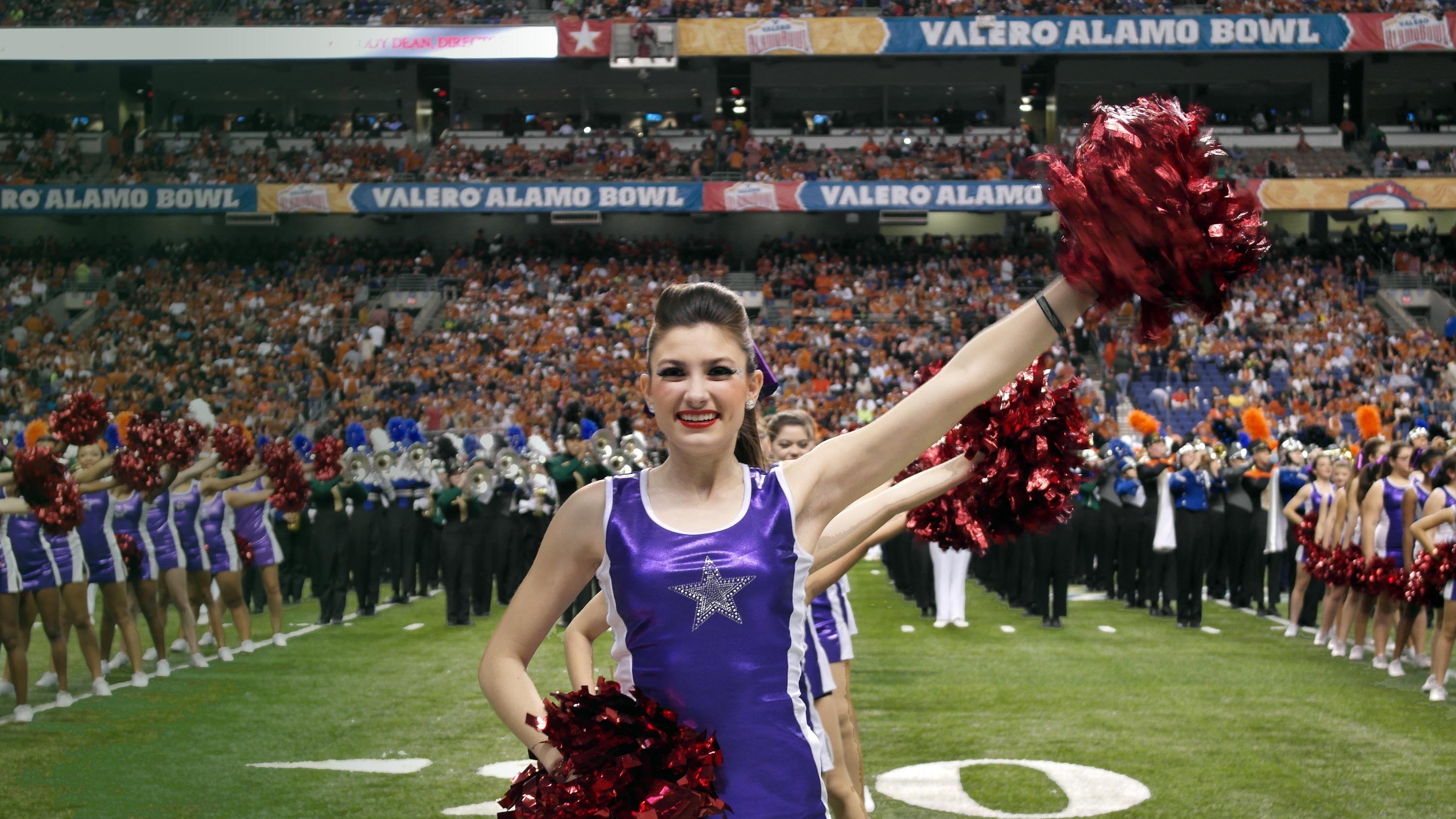 Put your team in the heart of San Antonio, where history, culture, art, and commerce are revitalizing this legendary Texas town. WorldStrides OnStage programs and the Valero Alamo Bowl are looking for the most energetic, enthusiastic, and talented cheerleaders and dancers to perform during the next season’s halftime show. This game played host to the Heisman Trophy Winner and one of the most exciting bowl games in the country and it just keeps getting better! The Alamodome, which seats 72,000, becomes the heart of the city in December as people pour into town for this major college bowl game. This event is open to performers aged 7-19. ...Read More An invite to perform during the halftime show with our prestigious Allstate Sugar Bowl Marching Band Program is a true honor. This high-profile game offers bowl game excitement with a Cajun flair. Enjoy New Orleans’ distinctive pizzazz and soul on New Year’s Eve and take the field in one of football’s most famous venues, the Mercedes-Benz Superdome, for this unprecedented event! ...Read More 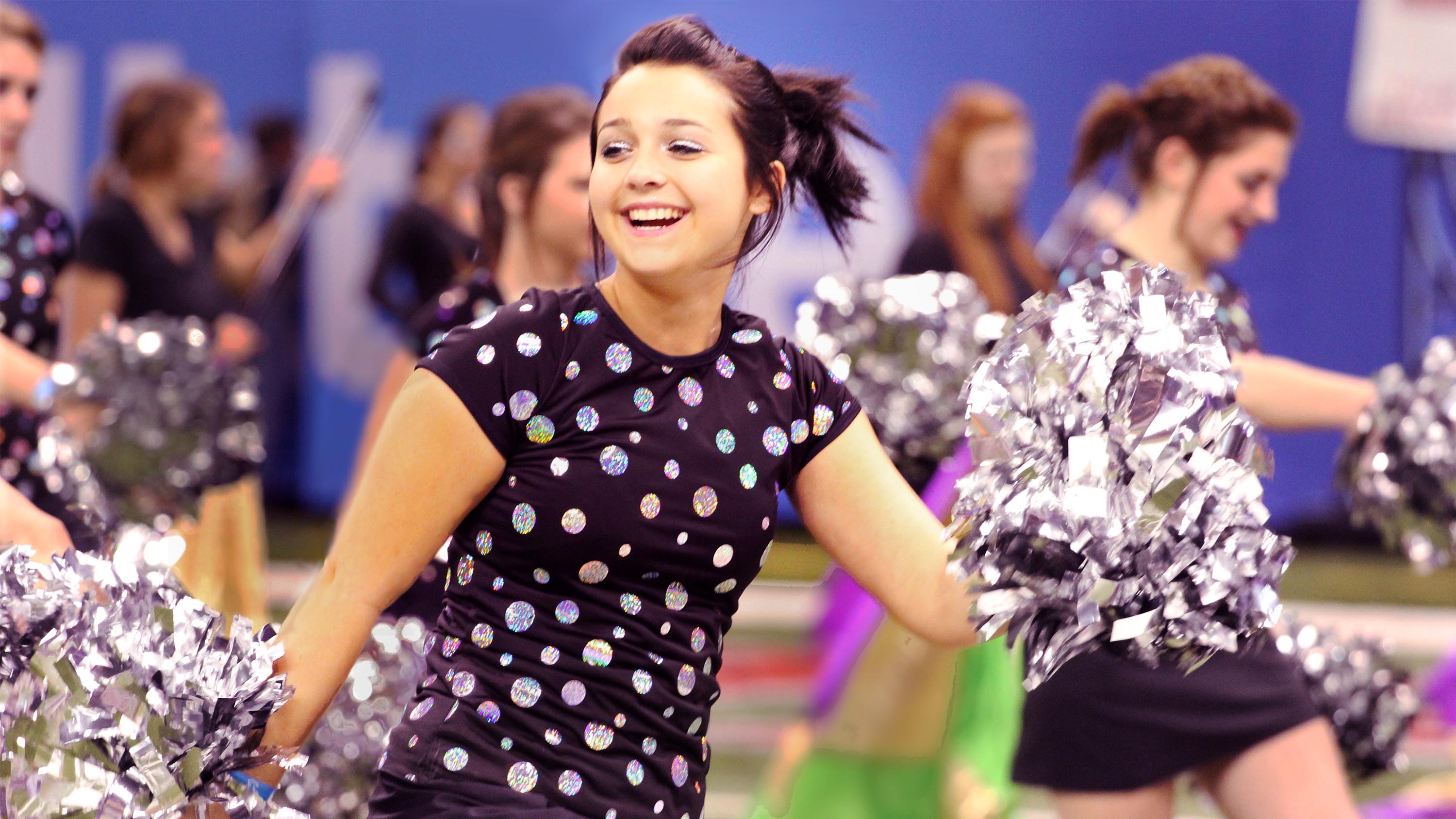 Ring in the new year with us at the Allstate Sugar Bowl Dance and Cheer Program! Your students will rehearse with the best dance and cheer choreographers in the industry, then perform a halftime routine at the Mercedes-Benz Superdome (home of the New Orleans Saints) in front of one of the top college football matchups in the country, with crowds of more than 75,000 people!   ...Read More The Holiday Bowl in sunny San Diego is the west-coast option for cheer and dance groups who want it all! Not only will your performers be kicking off the nationally televised Big Bay Balloon Parade and performing in front of more than 60,000 fans during the Holiday Bowl Halftime Show, but your students will also be participating in a comprehensive dance/cheer convention with the most sought after choreographers in the industry! Past choreographers include Dave Scott, Mandy Moore, Luther Brown and more! Rather than choosing between attending dance/cheer camp, hiring a big-name choreographer for your shows, or traveling for a big-time performance, be a part of the Holiday Bowl and have it all! This event is open to performers aged 10-19. ...Read More