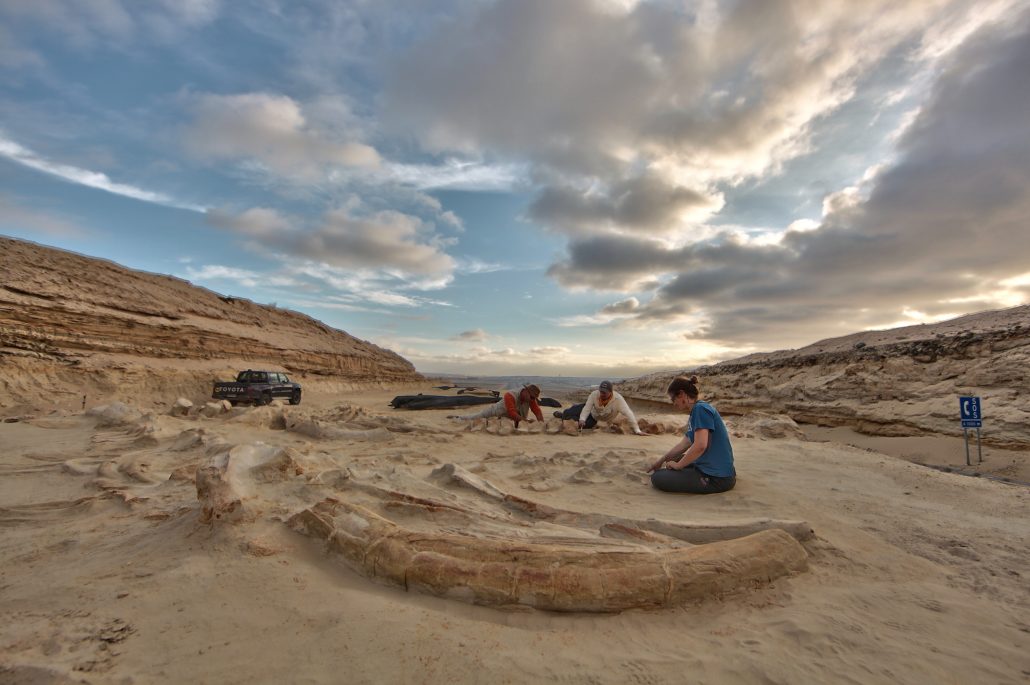 Thanks to recent fossil discoveries and modern science, scientists are now piecing together the histories of some of our planet’s creatures that were once a mystery. For example, did you know whales once walked the earth? When we saw the title of a Smithsonian Channel special, When Whales Walked: Journeys in Deep Time, we asked our friends at the Smithsonian for more!

The special follows top scientists who are using fossils to help better understand the evolution of animals through time. To understand the fate of any species, we need to look at evidence from the past and learn from it. Crocodiles once walked on two legs! 95% of the world’s bird population was wiped out in the last mass extinction approximately 66 million years ago. Did you know over time elephants have grown shorter tusks to help survive against poachers? And yes, whales once walked.

The connection between past and present is an important one that scientists research every day. Some of the world’s most important research on whales has been done by Smithsonian National Museum of Natural History Paleontologist Nick Pyenson, who says the work these scientists do is best described as being like detectives. “Every day I get to investigate questions about worlds that no longer exist, that nobody ever saw, but they were real,” says Nick.

In 2010, Nick and his team of paleontologists discovered the whales of Cerro Ballena in Chile. The dozens of perfect intact whale fossils there are thought to be a whale graveyard, where ocean-going vertebrates were probably poisoned by toxins from algal blooms in the Miocene era (5-11 million years ago). Paleontologists and 3D technicians from the Smithsonian Institution digitized the massive (27 feet long each!) fossils, used 3D-printed tiles to recreate them, and assembled and installed one in the Smithsonian National Museum of Natural History, where it remains on display today. It was a unique project for many reasons. The 3D-printed fossil is artistically beautiful, there’s an interesting digital story to it, and let’s not forget it’s actual scientific evidence and data. “This is what we can do with international collaboration,” says Nick. “You have something that’s of UNESCO World Heritage quality…you don’t see this happen every day.”

Learn more about the extensive creation and installation processes of the impressive 3D-printed project here – trust us, you’ll want to check out the full story!

The Smithsonian Channel’s new special, When Whales Walked: Journeys in Deep Time explores the fascinating evolutionary stories of four remarkable creatures, including prehistoric whales, and the role we humans could very well play in their next chapters. Tune in on Friday, September 27 at 9:00 PM EST and Saturday, September 28 at 12:00 AM to learn about these incredible stories.