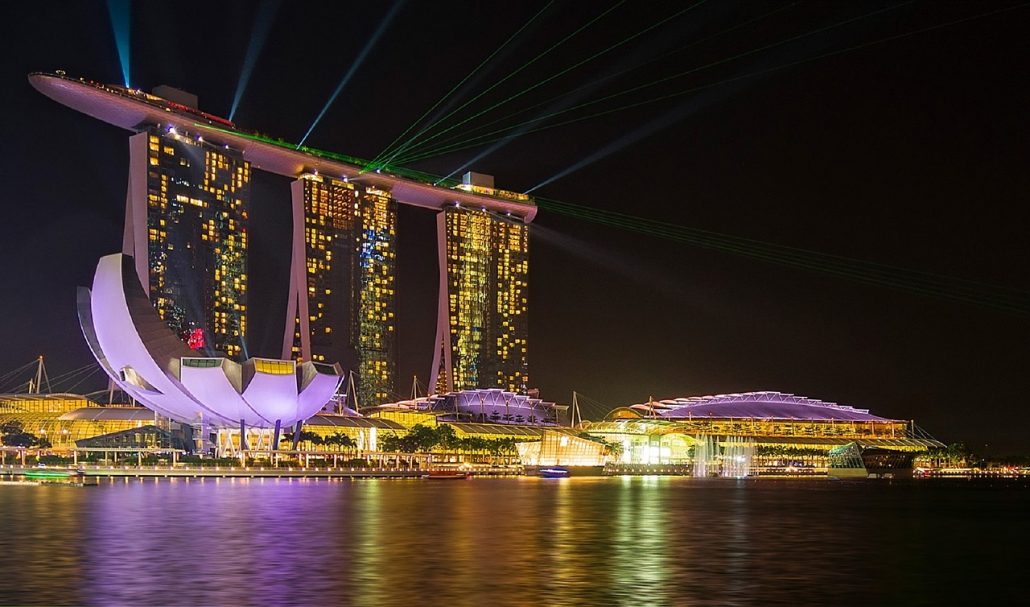 9 of the World’s Coolest Skyscrapers

Seeing unique and impressive architecture is just one of the many things we love about traveling the world. The world’s tallest buildings serve as both incredible sites…and also incredible places where you can look down on the sites that make their cities special!

We put together a list of some of the coolest and most interesting skyscrapers from around the globe. This 2,722-foot-tall building is currently the tallest in the world, so of course we had to make it number one on this list. Opened in 2010, it holds 19 records, including world’s highest nightclub which can be found on the 144th floor. Some more numbers? There is 3.3 million square feet of floor area, and one of the 58 elevators can take you up to all 211 floors. So yeah, it’s massive. 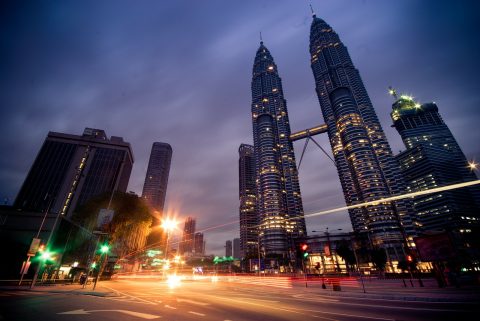 This building is the tallest TWIN building in the world, standing at 1,483 feet tall which is about half the height of the aforementioned Burj Khalifa. No fear of heights here – the two towers are joined at the 41st and 42nd floors by a double-decker sky bridge. 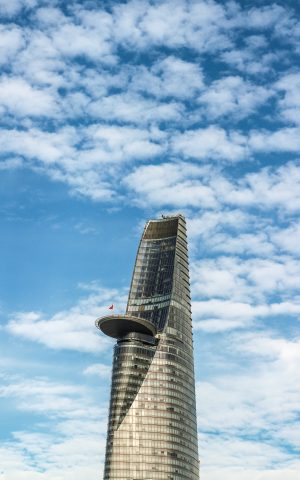 The most unique feature of this building is the lotus blossom helipad that juts out from its side. The lotus blossom is Vietnam’s national flower and has strong religious and cultural meaning. Next to the helipad just happens to be an observation deck for visitors who want to take in the spectacular view. 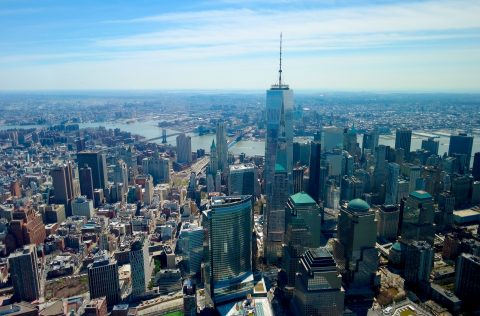 This meaningful building was completed in 2014, and is the tallest building in the Western Hemisphere. Fun fact: the official height is 1,776 feet, symbolizing the year America gained independence. There are many impressive things about this NYC skyscraper, one of which is the super speedy elevators. They can send you to the observation deck on the floors 100-102 in under 60 seconds! 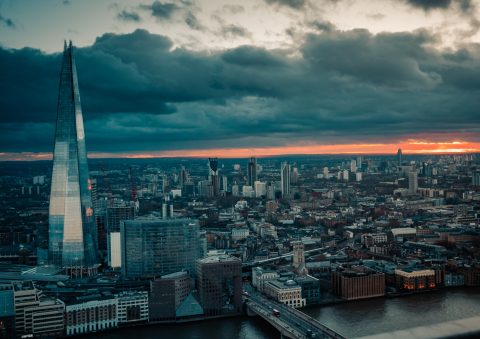 This (relatively) short skyscraper stands at 87-stories, but is still the tallest building in the EU, and it definitely stands out among the historic monuments and building in London. The Shard is meant to be a “vertical city.” Once inside you would never need to leave. There are apartments, a hotel, shops, restaurants/bars, and offices. 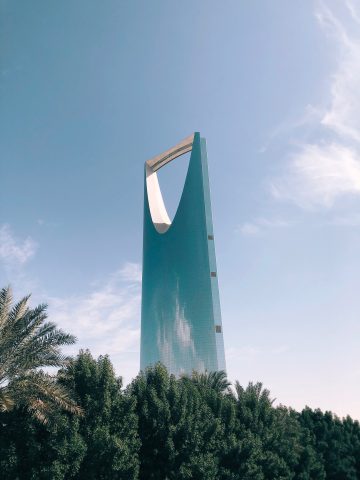 This building certainly looks interesting, and it’s because of an interesting reason. The city of Riyadh has a restriction that only 30 floors can be useable in a building. However, this rule does not restrict a building’s total height. The giant hole in the middle of the top of the building means that no more than 30 floors are actually used, even though the entire structure is 99 floors. Where there’s a will there’s a way! Perhaps its most noteworthy feature? A 3,000-seat wedding hall! 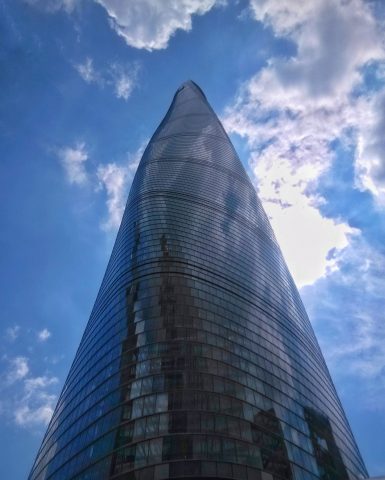 Shanghai Tower is the second tallest building in the world at 128 floors. This more than 4 million square-foot behemoth is actually made of nine buildings stacked together and enclosed in a glass façade – talk about unique! You may recognize this incredibly impressive building from the Crazy Rich Asians movie. Inside the three towers is everything anyone could want – a resort, hotel, casino, museum, theaters, shops galore, and of course world-class restaurants. Outside you will find the famous rooftop infinity pool and greatest party venue…ever! Fun fact: the building the accommodate 45,000 at once. 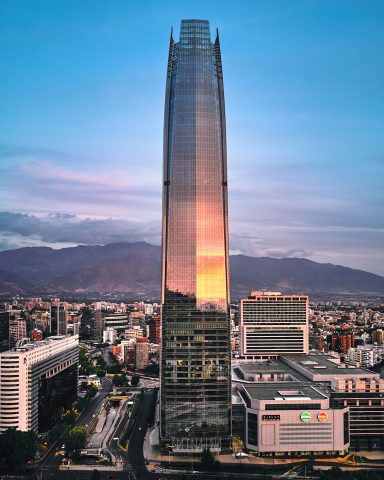 This dark, glossy office building was designed to embody the 21st century with features like solar shading and a latticed crown. It’s most impressive feature, however, is its incredibly well-built structure. The strong skyscraper withstood an 8.8 magnitude earthquake in 2010 with zero structural damage!

Ready to see them for yourself? Our WorldStrides programs can take you around the world to explore buildings like these and so much more! 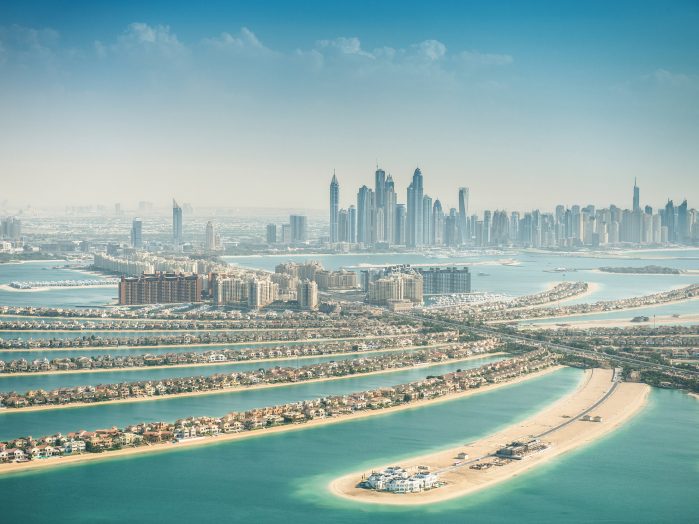 Sustainability Tour to the UAE

The United Arab Emirates is an Arabian Peninsula nation settled mainly along the Persian (Arabian) Gulf. The country is a federation of 7 emirates. Abu Dhabi, the island capital, is home to Sheikh Zayed Grand Mosque, with crystal chandeliers and room for 40,000 worshipers. Dubai is the site of ultramodern Burj Khalifa tower, enormous shopping centers and extravagant entertainment attractions. ...Read More 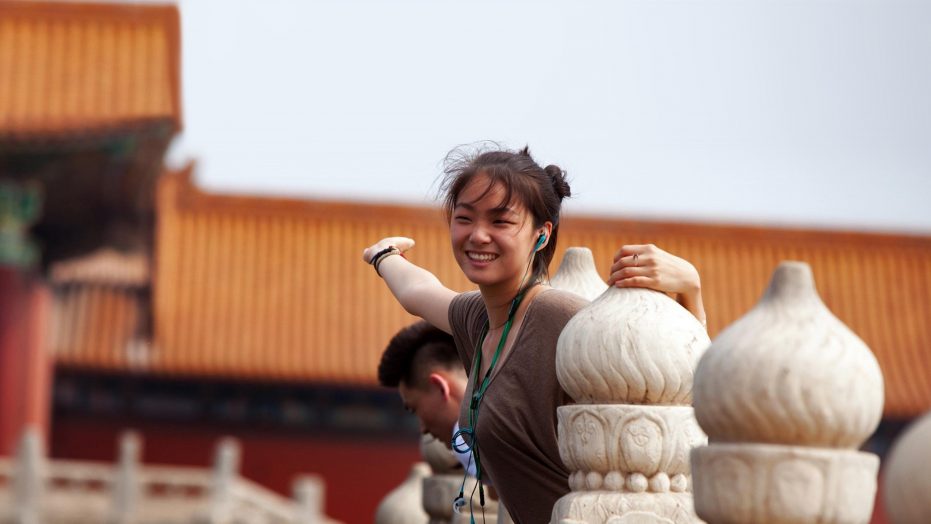 The word “big” fits China on many levels: its landmass, population and storied history all rank among the largest/longest in the world. It is an essential piece of today’s geopolitical puzzle for these reasons and more. Whether your interest is in ancient history or current events, custom university travel to China opens a treasure trove of possibilities. ...Read More 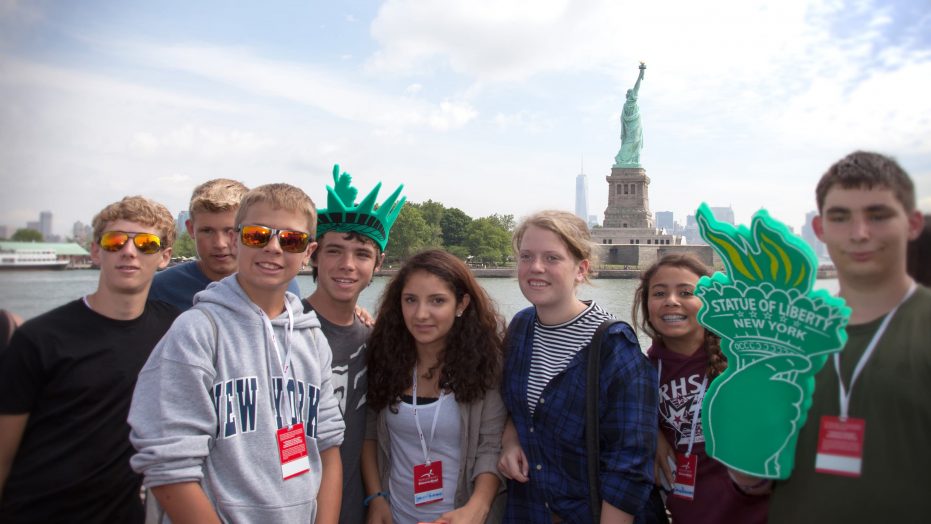 Explore New York City on a school trip. Students will discover more about this cultural and business capital of America, including its unique neighborhoods, like Chinatown and Little Italy. Watch a Broadway musical, visit the Statue of Liberty, and understand the foundation of our country at Ellis Island. Called "The City that Never Sleeps", the Big Apple will be a cultural and educational student tour to remember. ...Read More