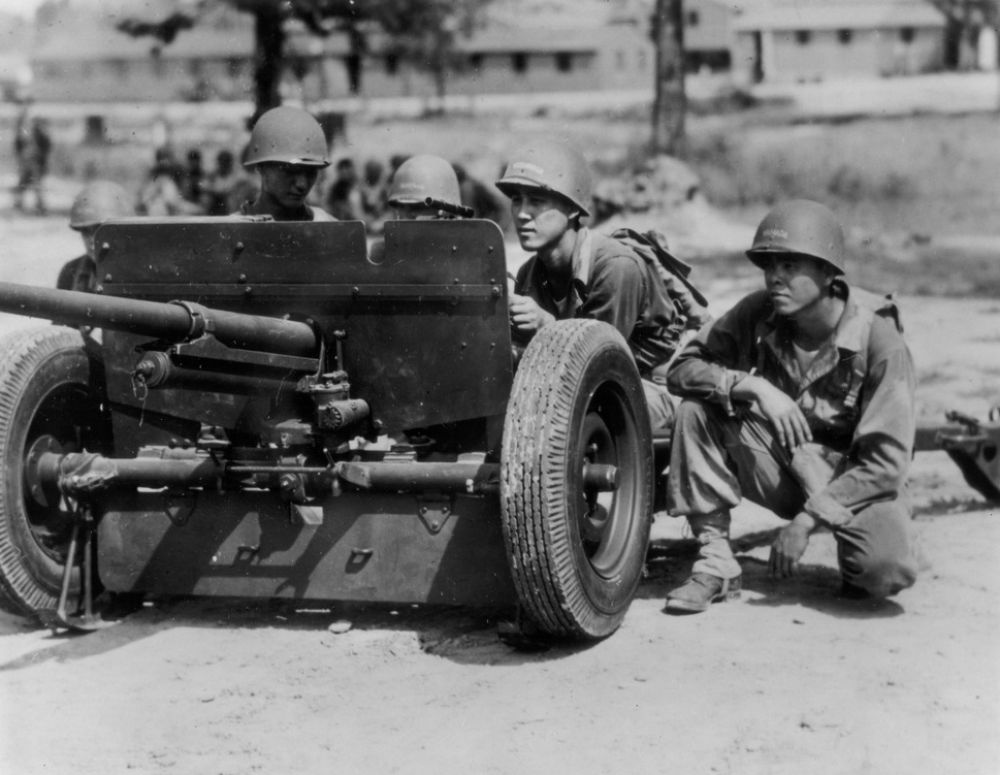 Nisei Soldiers showed bravery and grace as part of the American armed forces in WWII – and have you ever heard of them? If not, you are not alone! This large group of World War II soldiers were largely unrecognized for a long time despite their courage and patriotism.

The National Veterans Network and The Smithsonian Asian Pacific American Center have a joint-partnership that aims to enrich the American story using the voices of significant Asian Pacific Americans who were often not celebrated for their patriotism and outstanding citizenship. One fascinating way they are doing this is by telling the stories of some of the WWII Nisei soldiers through the Nisei Soldiers – Congressional Gold Medal digital exhibition.

This unique exhibition presents the incredible life stories of 12 Nisei solders who served in the U.S. Armed Forces during World War II. Some of these soldiers had families in America’s concentration camps, yet they still served with highly commendable senses of patriotism and honor. The exhibit tells of their individual, personal, and often heroic American stories through photos, documents, and quotes.

How were these forgotten soldiers ultimately recognized? The Congressional Gold Medal is the highest civilian award bestowed by the U.S. Congress. The Nisei Soldiers exhibition highlights the award’s history and how these soldiers attained this important recognition. The Medal of Honor is the highest military honor awarded to an individual for personal acts of valor above and beyond the call of duty. Originally, only one Japanese American received this medal for service in WWII. Fifty years later, twenty more Nisei soldiers were upgraded to receive the Medal of Honor.

“He is unquestionably the company’s best soldier.”

George A. Doi story is unique in that he did not serve in all-Nisei segregated units as most did. Instead he was a lone Nisei fighting alongside white comrades. George was not the only member of his family to ever receive a medal. you may have heard of his granddaughter – Olympic gold medalist figure skater, Kristi Yamaguchi.

“I’m fighting for a better America, striving always to improve this land to a real democracy.”

Recovered from Ted’s belongings were his pencil and pen, which he used to faithfully write his family. Many of these deeply personal letters (and the pencil and pen with which he wrote them) can we seen in the exhibition.

“I thought I could be of help to my country.”

Terry’s decision against her mother’s wishes to join the Women’s Army Corps during WWII represents a unique path taken by some Nisei women to act on their American patriotism.

“We were fighting two wars, one for democracy and the other against prejudice.”

Sakae was born in Hawaii to an impoverished Japanese immigrant family. He was an athlete who competed barefoot, and it wasn’t until his high school graduation that he finally got his first pair of shoes. Sakae would go on to become solely an American citizen by renouncing his Japanese citizenship in order to qualify for an Army Reserve commission.