Hey Smithsonian – Where do your scientists go on spring break? Panama! | WorldStrides
WorldStrides Hey Smithsonian – Where do your scientists go on spring break? Panama!

When people think of the Smithsonian, chances are they think of Washington, D.C. But did you know the Smithsonian has a facility in Panama? The Smithsonian Tropical Research Institute (STRI) was founded with the purpose of increasing and sharing knowledge about the past, present and future of tropical ecosystems and their relevance to human welfare. The presence of the Smithsonian in Panama dates all the way back to the early 1900’s(!) when Smithsonian scientists conducted a study on how the creation of the Panama Canal would impact flora and fauna in the lowland tropical forests of that area. Today, STRI employs 40 scientists, and attracts 1,400 visiting researchers from 50 different countries around the world every year, including more than 800 students, interns, and pre- and postdoctoral fellows. (And no, they aren’t there only for spring break. STRI welcomes scientists year-round!)

STRI’s Director Matt Larsen explains their mission this way: “It is a privilege and an honor to work with STRI’s dedicated and talented scientists, staff, collaborators, and students to assure that we continue to advance scientific understanding in a variety of fields in terrestrial and marine biology, archaeology, anthropology, and paleontology. This work enables us to address a Smithsonian grand challenge: understanding and sustaining a biodiverse planet.” 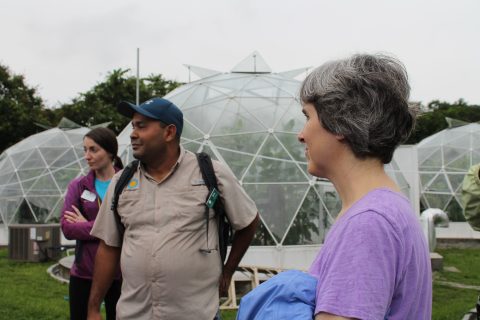 Fun fact! Wonder how researchers access the treetop canopy where most of the flora and fauna reside? A STRI scientist came up with the idea of accessing tropical tree canopies with construction cranes. A 50-meter crane, with an equally long boom is used to lift scientists in a metal cage up to the highest branches. 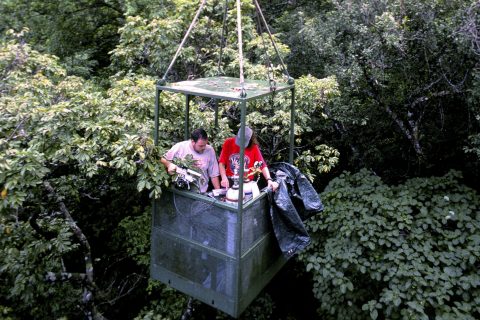 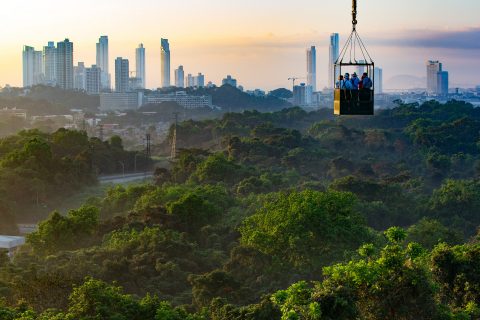 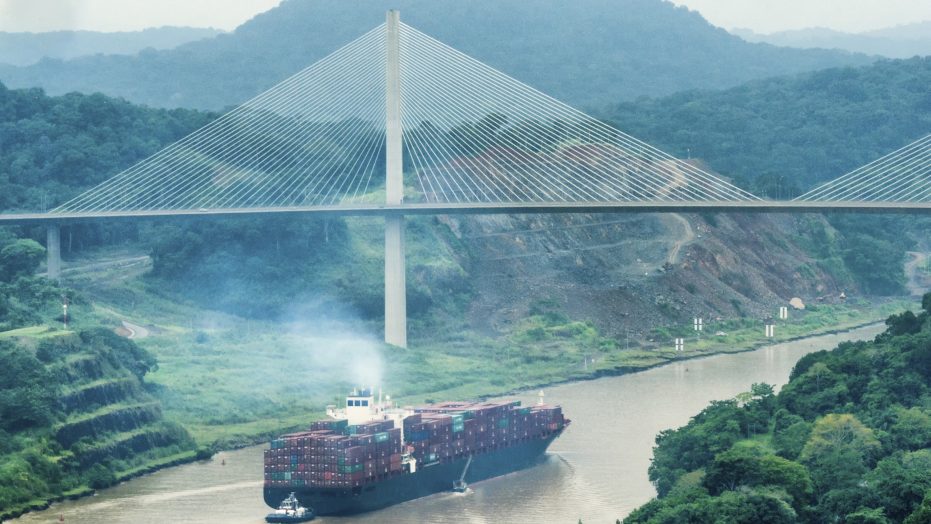 Our service-learning tour of Panama starts in Panama City with a tour of Casco Antiguo, the historic colonial center. You’ll participate in several service projects, including one day of beach cleanup at Playa Blanca. We’ll travel to the Anton Valley and enjoy beautiful green mountains, waterfalls and healing hot springs, and see a huge variety of flower and tree species, mammals, reptiles, and birds. The rich culture and diverse environment of Panama City makes it a perfect base for a service trip that also provides authentic Spanish cultural immersion. ...Read More