Hey Smithsonian – How do you celebrate women’s history in your museums? | WorldStrides
WorldStrides 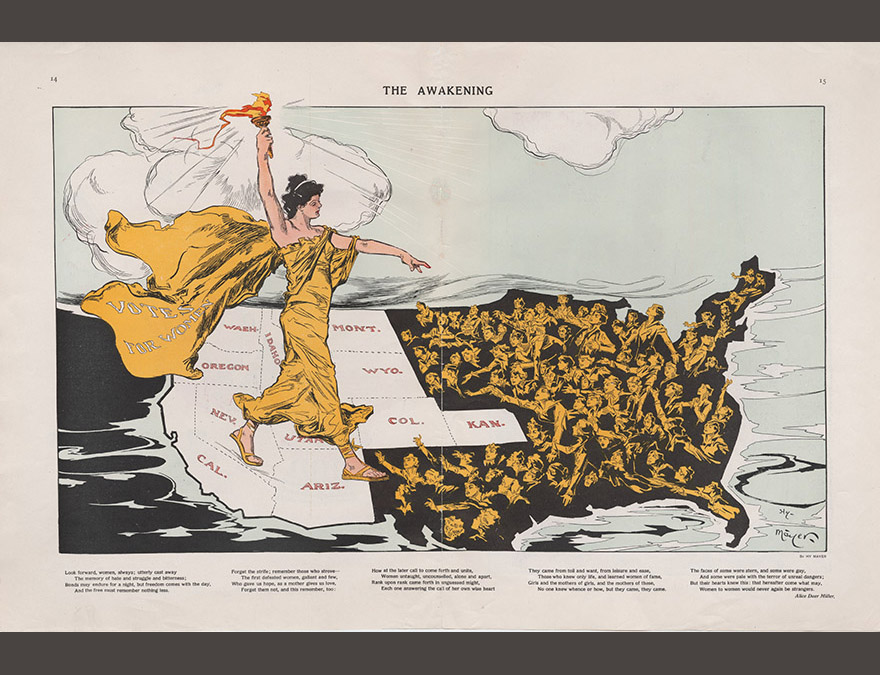 Hey Smithsonian – How do you celebrate women’s history in your museums?

2020 marks the centennial anniversary of women’s suffrage in the United States! Our friends at Smithsonian are celebrating these milestones with the Smithsonian American Women’s History Initiative, Because of Her Story. The American Women’s History Initiative will amplify women’s voices to honor the past, inform the present and inspire the future. With a goal of increasing knowledge and appreciation of women’s contributions to art, history, science, business, and culture, the Initiative will focus on topics such as how women fought for better political representation.

We wanted to know more about what women’s lives were like before they had the right to vote, so we asked Kate Clarke Lemay, historian at the National Portrait Gallery, to tell us more about their upcoming exhibition, Votes for Women: A Portrait of Persistence. It is among the first major exhibitions that looks at the entire history of probably the longest reform movement in American history. The seven-room exhibition will feature more than 120 portraits and objects spanning 1832 to 1965 that explore the American suffrage movement and the political challenges women have faced. “Black women didn’t have the privilege of having a single focus issue so putting the suffrage movement in the context of activism writ large is important,” explains Kate.

Even Kate, a historian, learned some surprising things while working on this project: “There was a group of female doctors who were sent over to France by the suffragists to help during World War I. They built their medical facilitates themselves and received the French Croix de Guerre. They have never been recognized by the United States.”

Votes for Women is just one of the many exhibitions that are a part of the Smithsonian American Women’s History Initiativewhich seeks to bring treasures related to women’s history within collections out and make them more accessible to audiences. The Smithsonian even hired six new curators dedicated to the cause. This year alone they’ve focused on women whose accomplishments have been overlooked in the past, helped identify hidden figures, and let us know that the future is female. Additional programming in 2019 includes meeting costumed actors in interactive plays, attending free lectures, and exploring controversial creators.

Kate reminds us that the journey of American women was difficult, a story of perseverance and not giving up. As Kate notes, “Women’s history is American history. These women’s names should be known just as much as Civil War generals or abolitionists.”

Want to see the portraits for yourself? The exhibition runs from March 29, 2019 – January 20, 2020 at the National Portrait Gallery in Washington, D.C.