Hey Smithsonian - What is the story behind the design of the National Museum of the American Indian? | WorldStrides
WorldStrides 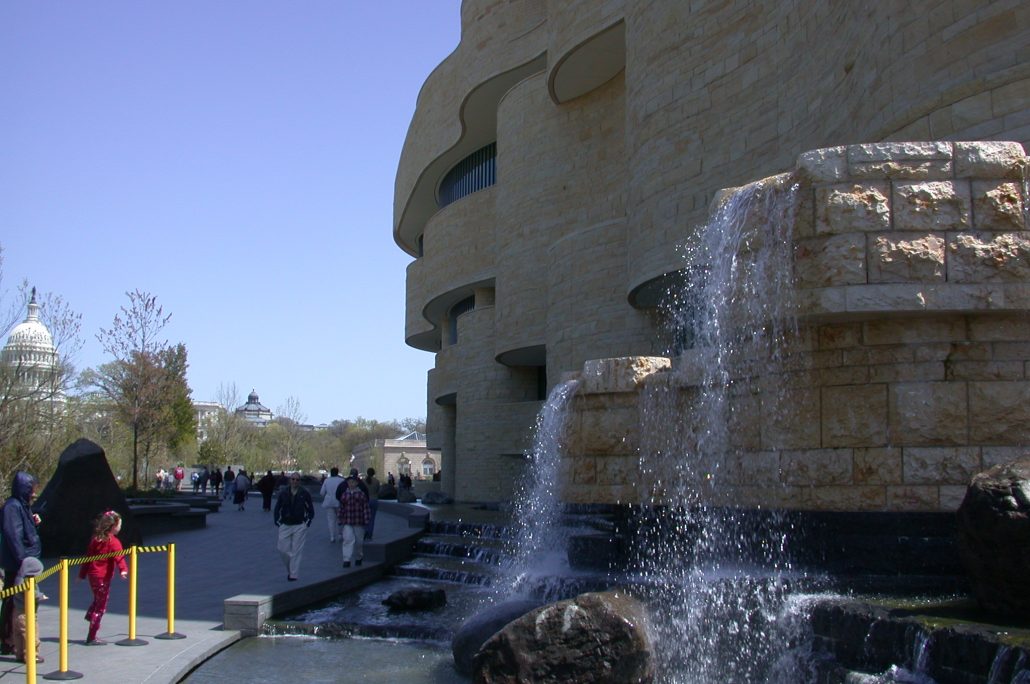 Hey Smithsonian - What is the story behind the design of the National Museum of the American Indian?

Among the formal white buildings of Washington, D.C., the National Museum of the American Indian building stands out. One is immediately struck by its unique shape, not to mention the interesting features that surround the building. As we celebrate Native American Heritage Month, we were curious about how this incredible building came to be, so we reached out to the museum to find out.

Before the building was built, the museum began having discussions with Native communities across the Western Hemisphere. “Before groundbreaking the site was blessed by Native Elders, with many sage blessings at major building milestones,” recalled Derek Ross, Deputy Director Construction Division, Office of Facilities Engineering and Operations for the Smithsonian.

Several themes resulted from these meetings. The building needed to be a living museum, not formal or quiet, and it needed to be located near nature. Also, the design needed to make specific celestial references, like an east-facing entrance and a dome that opens to the sky. “Our visitors enter from the east (the rising sun), the building is oriented to the cardinal directions and each direction represent tribes from those regions (north, south, east, and west),” remarked Ross.

Architects worked with the Native American Design Collaborative to determine the building’s unique curvy form, meant to evoke a wind-sculpted rock formation. This collaboration brought about a structure that is full of imagery and connections to the earth. “From the very beginning in design, the aesthetic was to reflect a river-washed stone with the rusticated fractured stone in the lower tiers to the smoother more regular stone at the top the building, like a boulder in a rushing river speaks to the Native American culture.…The ‘Grandfather Rock’ that starts the water feature is oriented the same way it was found in the woods, the red rock, prisms, and copper wall in the Potomac all reflect the Native American connection to the natural environment and to artistry,” Ross noted. Distinctive features that surround the grounds of the museum include a wetlands area and all the ducks, squirrels, and dragonflies that go along with it. The wetlands represent the original Chesapeake Bay environment that existed before European settlement. The museum’s meadow area is blooming with grasses, wildflowers, and shrubs. Plants found in meadows are important sources of medicines used by traditional healers. The meadow also features the sculptures Always Becoming, which are made entirely of organic materials and are designed to erode into the earth over time. At the museum’s south entrance, a spiral lunar pattern is marked on the ground in the stone.

All of these features recognize the importance of indigenous peoples’ connections to the land. Four hundred years ago, the Chesapeake Bay region thrived with forests, wetlands, meadows, and croplands. The museum strives to restore these environments and is home to more than 27,000 trees, shrubs, and herbaceous plants representing 145 species!

The National Museum of the American Indian is just one of the attractions students can experience while on a WorldStrides Washington, DC, program.