Hey Smithsonian - How do you preserve a spacesuit before it goes on display at the National Air & Space Museum? | WorldStrides
WorldStrides 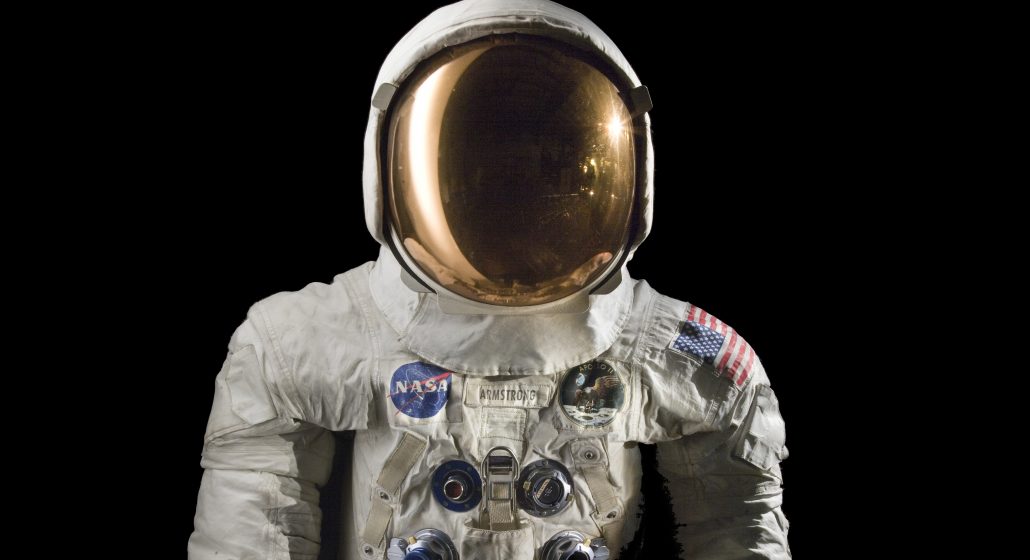 Hey Smithsonian - How do you preserve a spacesuit before it goes on display at the National Air & Space Museum?

Did you know Neil Armstrong’s spacesuit weighs 80 pounds and consists of 21 layers? The iconic suit first went on display in the Arts and Industries Building after it was given to the Smithsonian by NASA, and was later moved to the newly opened Air and Space Museum in 1976. Armstrong’s suit remained on display until 2006, after which it was removed and put in state-of-the-art storage conditions because the suit’s materials were already beginning to degrade. “Spacesuits like this weren’t designed with the idea that they would be used after missions, much less 50 years later for display,” noted Adam Bradshaw, an exhibits specialist at the museum. These preservation storage conditions include a secured environmentally controlled storage area (basically a large walk-in cooler) kept at a constant 60 degrees Fahrenheit and 30 percent humidity, and a customized mannequin to help ensure the suit’s materials are not damaged. The cooler that contains Armstrong’s suit also houses 270 other spacesuits and 1,000 related artifacts.

Armstrong’s suit will go back on display on the 50th anniversary of the Apollo 11 mission in July 2019. So how will it be preserved until that time? In 2015, the Smithsonian’s first ever Kickstarter campaign raised $719,779 to be spent on conserving Armstrong’s spacesuit. These funds were used in part to minimize further damage. Curators needed to know every nook and cranny of the inside of the suit to avoid stuffing it with ill-fitting inserts, but because the only openings to the suit are very small at the neck and the waist, curators had to use a CT scanner to gather all the necessary internal details. This data was then used to create polyethylene foam insert prototypes using a 3D printer.

Exhibit specialists also say they would like to find a way to pump in fresh air and pump out the noxious gasses that build up in the suit. Another interesting fact – although Armstrong’s suit was dry-cleaned after returning from the mission, the suit is still covered in lunar dust from the knees down! Microscopic examinations have revealed the lunar dust, called regolith, embedded itself in the outer fibers of the suit, and in the stainless steel that covers the gloves and boots. Curators will not attempt to remove the regolith, so whenever the suit DOES go back on display, visitors will be able to see the lunar dust, adding to the realistic preservation of the famous uniform Armstrong was wearing when he first stepped on the moon nearly 50 years ago while 500 million television viewers watched on. Now that is out-of-this-world cool! 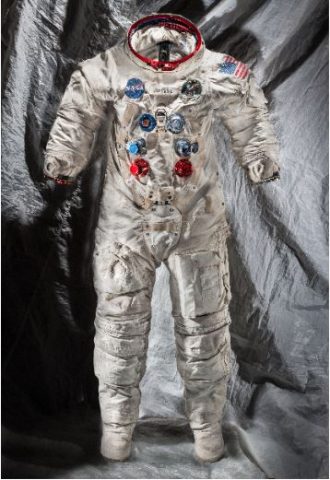 The National Air and Space Museum is just one if the highlights of the customizable WorldStrides Washington, D.C. program.