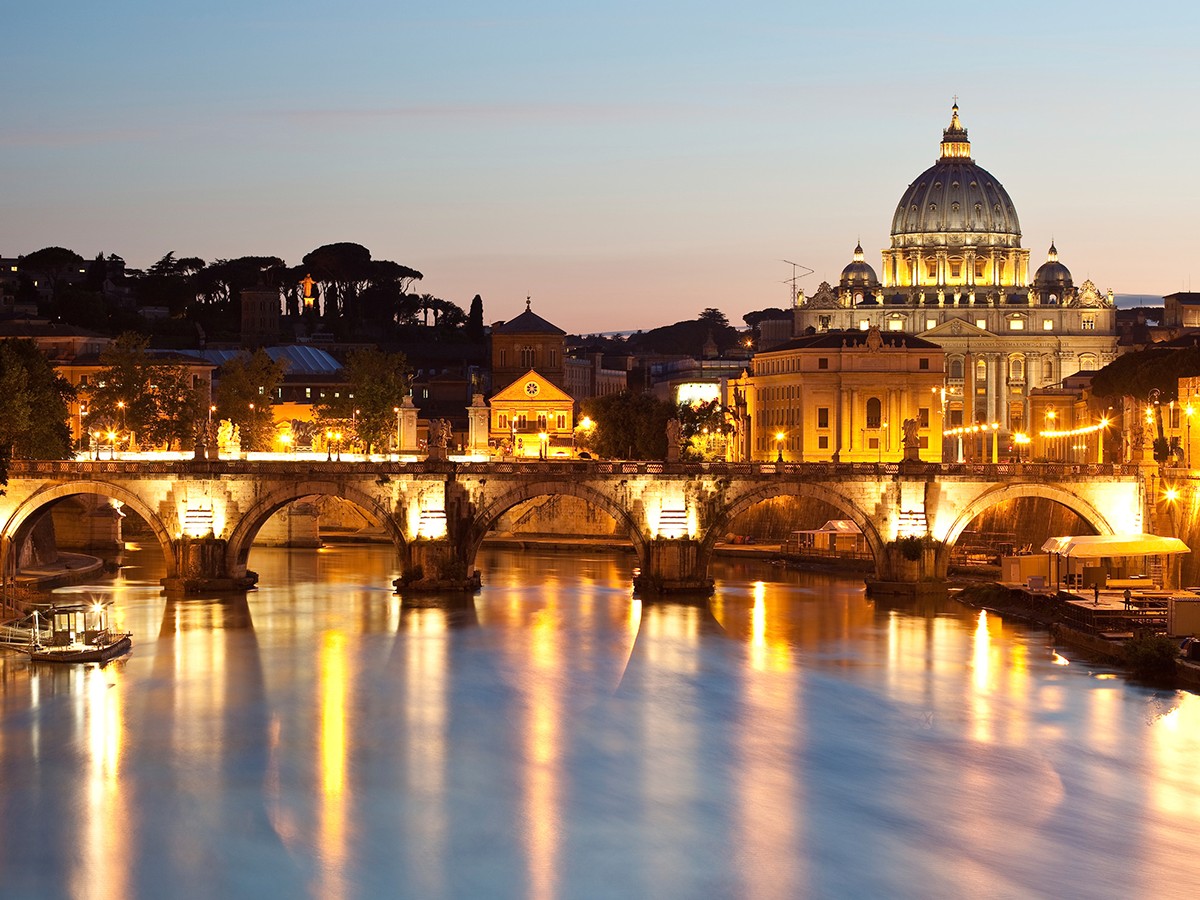 Read part one and part two of our three part recap of our employee trip to Italy!

Following our adventures in Venice and our exploration of Florence, it was off to Rome!

We loaded our private coaches bright and early to start our journey to the “Eternal City.” Many of us took advantage of the drive to nap or read. We stopped at a service stop – an Italian rest stop – to pick up a to-go lunch. A quick tip: it’s common to pay for food and beverage items, particularly at service stops, before ordering from the menu.

Upon arriving in Rome, we went straight to the Roman Forum. Rome is unique in the fact that one street will be metropolitan, full of trendy shops and people, and then, just around the corner, you find ruins from civilizations gone by. That was our experience walking to the Forum with our guide.

The Forum was the center of Roman public life for centuries. It was the home of public speeches, criminal trials, gladiator marches and commercial affairs. Some of the structures still visible include the Temple of Saturn, Arch of Septimius Severus, the Temple of Caesar, and the Temple of Castor and Pollux.

From the Forum, we continued on to the Colosseum. Once you’re inside, it’s hard to believe you’re standing in a structure that was begun in 72 A.D. Though it has suffered damage from earthquakes and stone robbers, it is still awe-inspiring.

Our guides then took us on a walking tour, ending at the Pantheon, a former Roman temple that is now a church. The current building was built in 118 A.D. and is one of the best-preserved ancient buildings as it has been in continuous use throughout its history. If you visit, try to wrap your arms around one of its columns – it’s impossible!

Before dinner, we had some free time to explore the area surrounding the Pantheon. Of course, we asked Osciri, one of our tour guide who hails from Rome, for his gelato recommendation. He pointed us towards Giolitti and so off we went to a charming shop full of not just dozens of flavors of gelato, but a plethora of Italian cakes, cookies, candies and coffees. I misunderstood the menu and ordered a “medium” gelato – which included three scoops of gelato, a cookie, AND whip cream! That was one language barrier I didn’t mind…

We gathered together in front of the Pantheon after our free time to walk to dinner. It was pizza night! We enjoyed four different varieties of pizza and all of us left with full stomachs and the declaration that it was the best pizza of our lives.

The next morning, we went to another country – Vatican City! At 110 acres, the Vatican is the smallest sovereign state in the world. We met our local guide for the tour, Jerry, at the entrance, and he proved to be incredibly knowledgeable – and entertaining! – about the Vatican and the Catholic religion. We walked through the Apostolic Palace, taking in some incredible pieces of art, and learned about Michelangelo’s infamous work in the Sistine Chapel with the help of some display boards.

You’re not allowed to speak or take photos in the Sistine Chapel, but I don’t know why anyone would need to. It’s breathtaking. It even feels different – it feels holy. It’s amazing, that the frescoes inside have survived all this time.

Our last stop in the Vatican was St. Peter’s Basilica, the largest church in the world. Jerry gave us tons of information about the church’s history, it’s alters and statues, St. Peter’s Tomb, and its architecture. We also learned quite a bit about its dome, the last project of Michelangelo’s which he unfortunately didn’t live to see completed.

We bid goodbye to Jerry and after lunch, finished our time in Rome with visits to the Trevi Fountain and the Spanish Steps. We threw coins into the fountain – all of us want to come back to Rome as soon as possible! – and climbed the stairs for a stunning Christmas-time view of Rome after sunset.

We ended our time in Italy with a farewell dinner. There were toasts and cheers and even a few tears as we realized it was time to say goodbye to our beloved tour guides and some of our new friends.

Of course we stopped for more gelato on the way back to our hotel!

Leaving for the airport the next morning was hard, not because of the early morning hour, but because Italy had wormed its way into our hearts. While we were looking forward to seeing our families and friends, our adventures around Italy left us with a fresh reminder of just how important it is to travel and experience other cultures.

Personally, I can’t wait to go back – and not just for the gelato.

Learn more about our Educational Travel Programs to Italy.