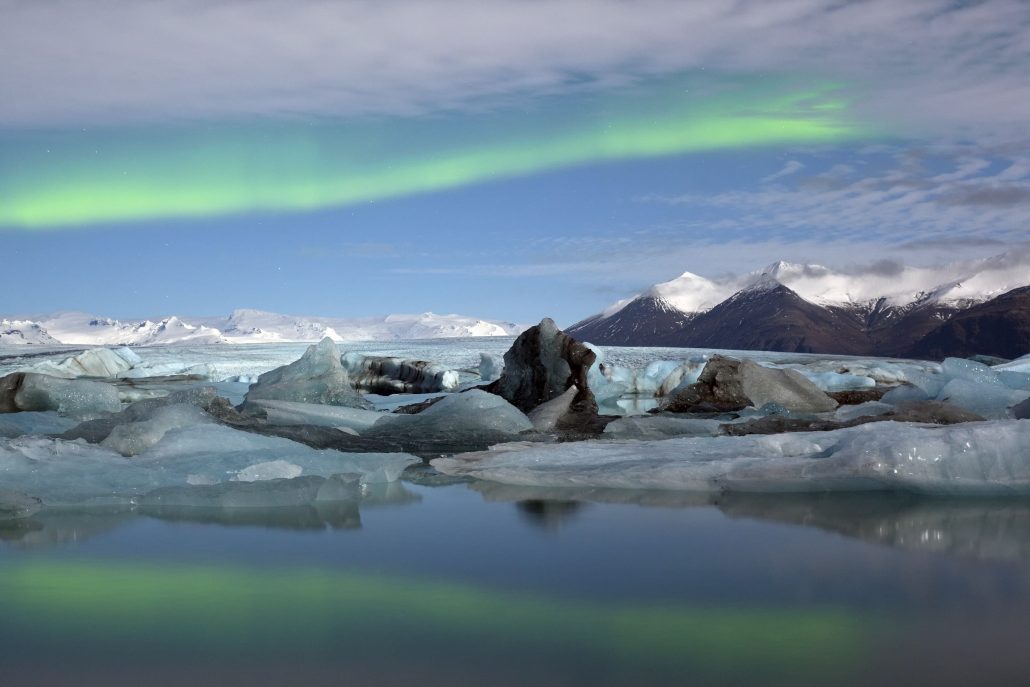 I recently had the opportunity to travel to the diverse countries of Iceland and Greenland, destinations that are growing rapidly in popularity with travelers for their stunning landscapes and educational opportunities.

Known as the land of ice and fire, Iceland is one of the most amazing destinations for students interested in science, or for educators who want to inspire their students in scientific study. Iceland offers glaciers and volcanoes side-by-side. We arrived in the capital city of Reykjavik to beautiful weather and spent some time exploring before venturing to the Golden Circle.

The Golden Circle is a popular route that many of our students experience while traveling in Iceland. It begins at Þingvellir National Park, a democratic meeting site for early Icelandic settlers and also the center of the rift between the North American and Eurasian tectonic plates. You can visibly see where the plates are pulling apart!  A 15-minute drive from Þingvellir and you can see the most active geyser in the world, Stokkur. It erupts about every 20 minutes. See my video of the eruption here. The Gullfoss Waterfall and Kerid, an extinct volcano with a crater lake, complete the Golden Circle.  It was an amazing day of exploration!

Interestingly, while we were visiting Þingvellir, we ran into a WorldStrides group from New Jersey on their second trip to Iceland!

After a few days trekking through Iceland’s glaciers, volcanoes, and valleys and enjoying some of the freshest seafood around, we packed our bags and headed to Ilulissat, Greenland.

A fun fact about Greenland? Its home of the kayak! Greenlandic Inuits invented kayaks thousands of years ago for hunting. The first kayaks were constructed from light driftwood or used whalebone for the frame and whale fat and seal bladders to make them waterproof. I think it’s safe to say kayaks have come a long way!

Ilulissat is the most popular tourist destination in Greenland. Ilulissat is about 200 miles north of the Arctic Circle, and since we were there shortly after the summer solstice, the sun never set! The city neighbors the Ilulissat Icefjord, a Unesco World Heritage Site where there are enormous icebergs from the most productive glacier in the northern hemisphere. It is speculated that the iceberg that sank the Titanic originated from this glacier!

It was an incredible week of exploring such diverse lands and experiencing some of the same places and activities as our students. As Iceland and Greenland continue to grow in popularity with both tourists and students seeking hands-on learning opportunities, I’m excited that WorldStrides’ program offerings here continue to expand.

Check out the new Iceland Heritage Festival for performing groups and a really exciting Smithsonian University Travel Program, Iceland: A Geologic and Environmental Wonder. And, read this great interview with Smithsonian expert Jim Zimbelman, a planetary geologist whom students meet when traveling on our Smithsonian program.

Jim began working as a luggage truck driver as part of the then-family business in 1982, and has led the organization through much of its growth in subsequent decades. An avid runner, Jim now gets to explore the streets of dozens of cities, visiting WorldStrides offices around the world.