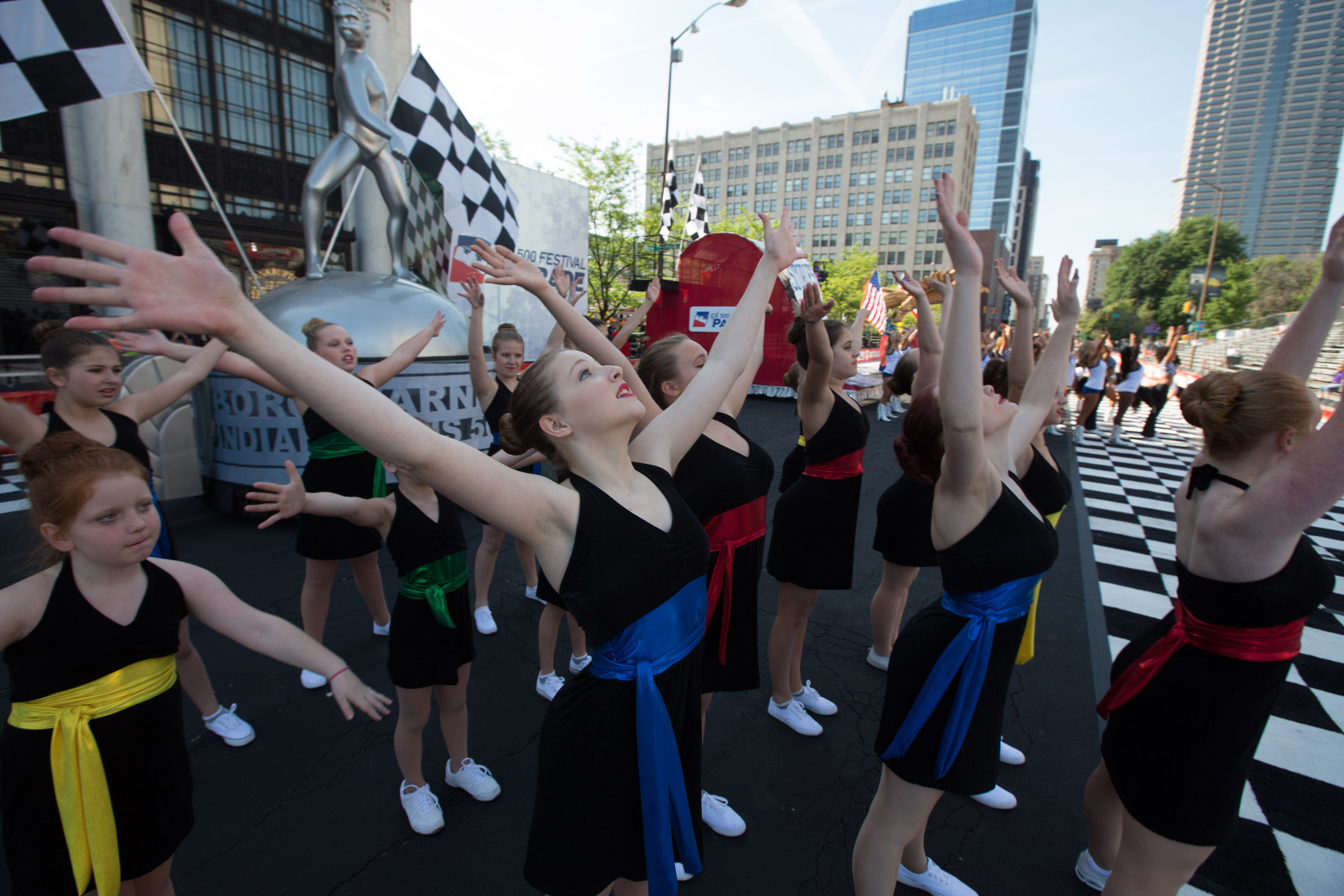 This Sunday, May 29, marks the running of the 100th Indianapolis 500. The event recently announced the first sellout in the history of the race, setting the field for what’s sure to be an exciting weekend.

Did you know that WorldStrides is a part of the Indianapolis 500?  We’ve got dance teams and marching bands taking part in the nationally televised IPL 500 Festival Parade and the official opening ceremonies of the Indy 500!

This year, dance teams have worked hard to learn a routine choreographed by world-class choreographer Bonnie Story. The routine will be performed during the IPL 500 Festival Parade, and as part of the opening ceremonies. Plus, our dancers won’t forget the time the spent learning new moves and picking up professional tips in our master class.

As for our marching bands, they will march the parade route in front of 300,000 fans and then march trackside during the opening ceremonies, along with bands from around the nation. They will also have the opportunity to check out the Indy Motor Speedway Museum and Gameworks Studio.

We’re looking forward to a weekend of great performances and historic racing at the Indy 500. Check our Facebook, Instagram, and Twitter accounts for photos throughout the weekend! If you want to catch the IPL 500 Festival Parade live, tune in to NBC Sports Networks on Saturday, May 28 at noon.