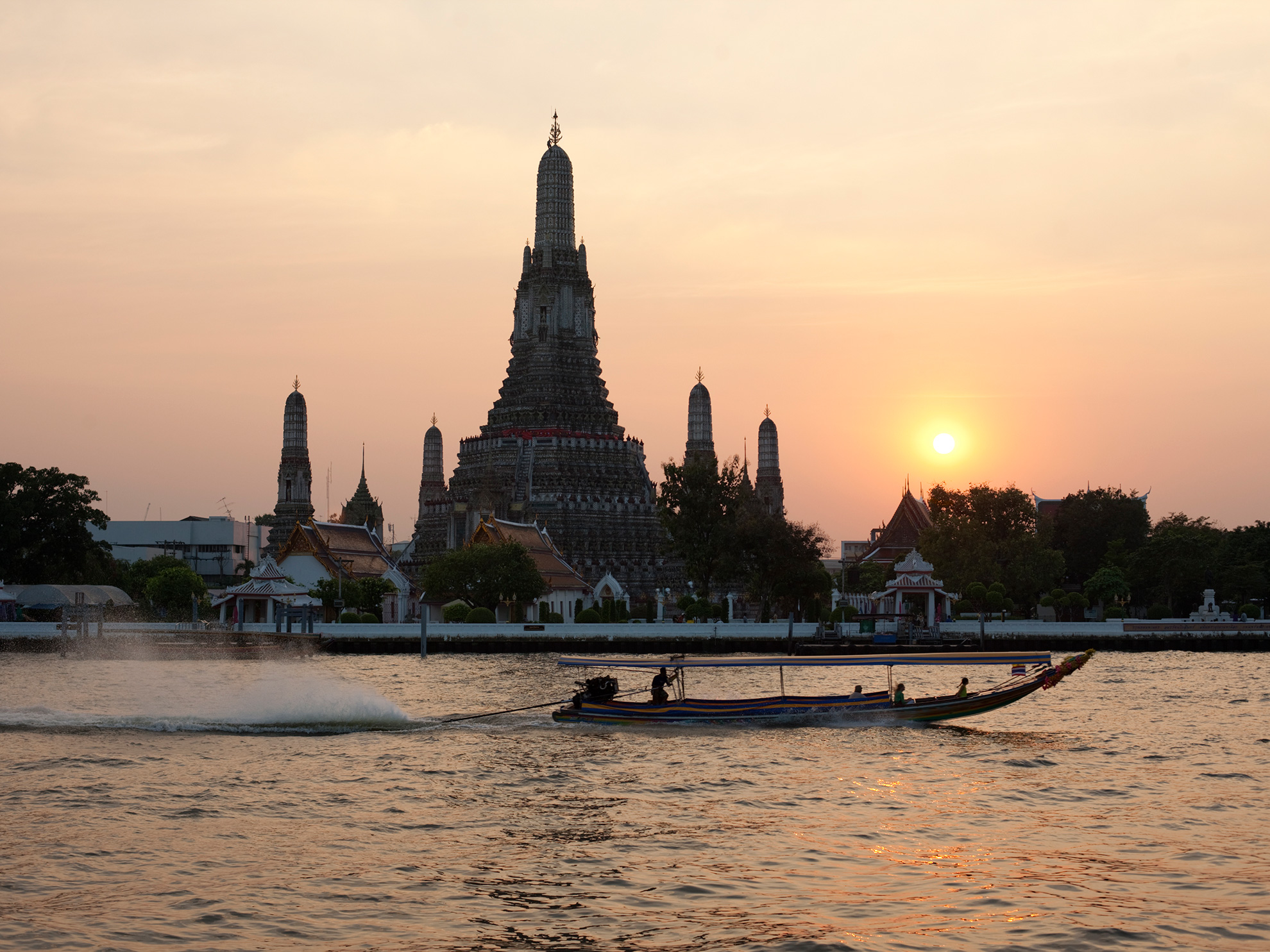 Mackenzie Crowe is a marketing manager at WorldStrides. She recently spent three weeks traveling around Thailand. Read about her experience! As I packed my single 4-liter camelbak backpack (sans the water pouch), I perfected the ‘roll.’ The roll is where you take an article of clothing, fold it in half, and boy-scout-sleeping-bag roll it as tightly as possible, repeating this process for as many articles of clothing as you have. Hopefully, that’s not many if you’re like me and are only using the space of two 2-liter coke bottles to hold 3 weeks of clothing. I surprised myself and only filled the bottom half of the bag with clothes, reserving the top half for books and two pairs of comfy shoes.

I’d been reading about Thailand for a while. It’s known as the mecca of cheap, exotic global travel, especially if you’re converting from the U.S. dollar. I was on a budget, so it was perfect for me. I secured my plane tickets and booked my hotel room for the first two nights, leaving the rest of my accommodation to chance. This was a hard one for me. I’m a strict planner… I mean, buying a new agenda is always at the top of my list at Christmas time. But, I swallowed a giant chill pill and told myself that I was just going to go for it this once!

Flying into Thailand is a feat unto itself. From Charlottesville, Virginia, to Chicago, to Tokyo, and finally into Bangkok my total travel time ended up being well over a full 24-hours. I couldn’t count the amount of times I daydreamed from 30,000 feet about how I wish technology could just shoot me into space, wait for the earth to rotate under me, and then let me come back down to earth once Thailand came into view.

When I landed in Bangkok, I was officially 11 hours behind my hometown time zone. As I gazed, foggy-headed, at the jungle of billboards around me from the back of a cab, I noticed the serious presence of the Thai royal family. I came to find out that a day before I landed, it was Thailand’s Mother’s Day. Images, billboards, celebrations, pink balloons and flowers were everywhere, honoring Thailand’s queen, Sirikit Kitiyakara. I was in awe of the pageantry surrounding the royal family. When I finally arrived at my hotel at midnight, I fell asleep immediately. Bangkok was hot. It was muggy. It was dirty. It was incredible. It reminded me of New York with its no nonsense attitude, and truly one-of-a-kind smells. Litters of kittens played in cardboard boxes on every street, scrapping around for leftovers. Street vendors cooked roasted duck on the corners. I discovered a street dessert called Banana Roti, made with banana, fried dough, and sweetened condensed milk. I still dream of Banana Roti. 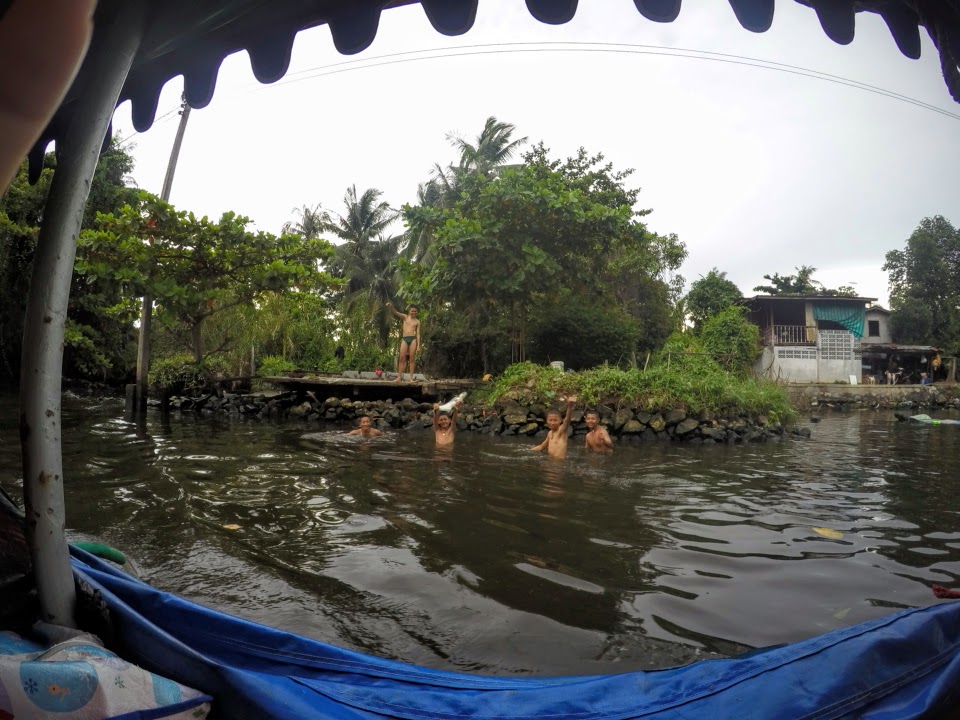 I traveled the city by cab and metro, and made my way down to the river for a ‘klong’ boat ride. Klong boats are long, thin boats that traverse the Chao Phraya River. The experience was incredible for several reasons. What I expected of the klong tour didn’t necessarily turn out to be what I assumed it would. The klong tour wasn’t a tour of Bangkok’s most beautiful palaces, scenery, and pristine environments. The klong tour was a cultural keyhole into what it’s like to truly live in a place like Bangkok. Let me explain…

The river smells and it is filled with tiny fishing boats and barges alike. Giant monitor lizards peer out of drainage pipes and slide down concrete chutes into the water to glide along like water snakes on top of the river. People live in houses made of plastic and perched on wooden beams over the river. As you look around, people gaze back at you, smile and wave, from homes that are constructed of children’s laminated coloring books and other mass-produced trash. Women were washing clothes in the river. I watched a group of little boys jump into the dark brown waters and swim around. One held up a tiny fish he’d caught and squealed in delight as he showed us his catch. I was struck by how pervasive poverty was, but also by how happy and lovely every person seemed to be. 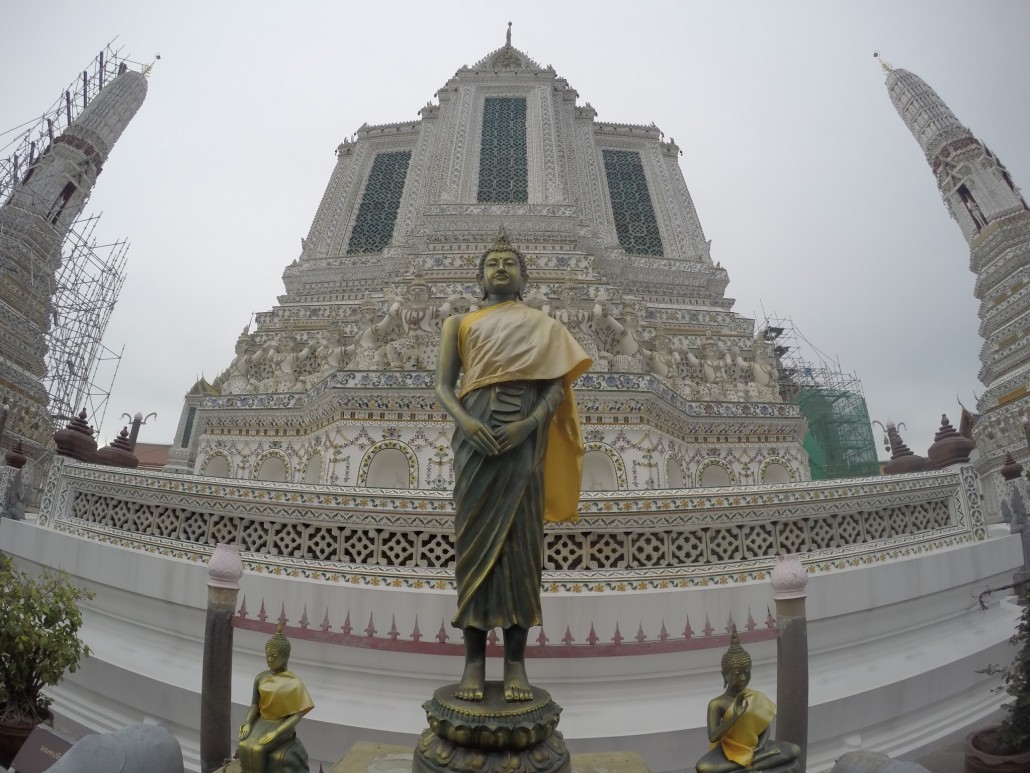 The klong dropped me off to explore several of the most famous ‘wats’ in Thailand. A ‘wat’ is a Thai temple or place of worship. I saw the golden reclining Buddha at Wat Pho and was stunned by the juxtaposition of the ornate design and gilded architecture versus the life of the typical Thai person who lived in a simple, unadorned fashion. 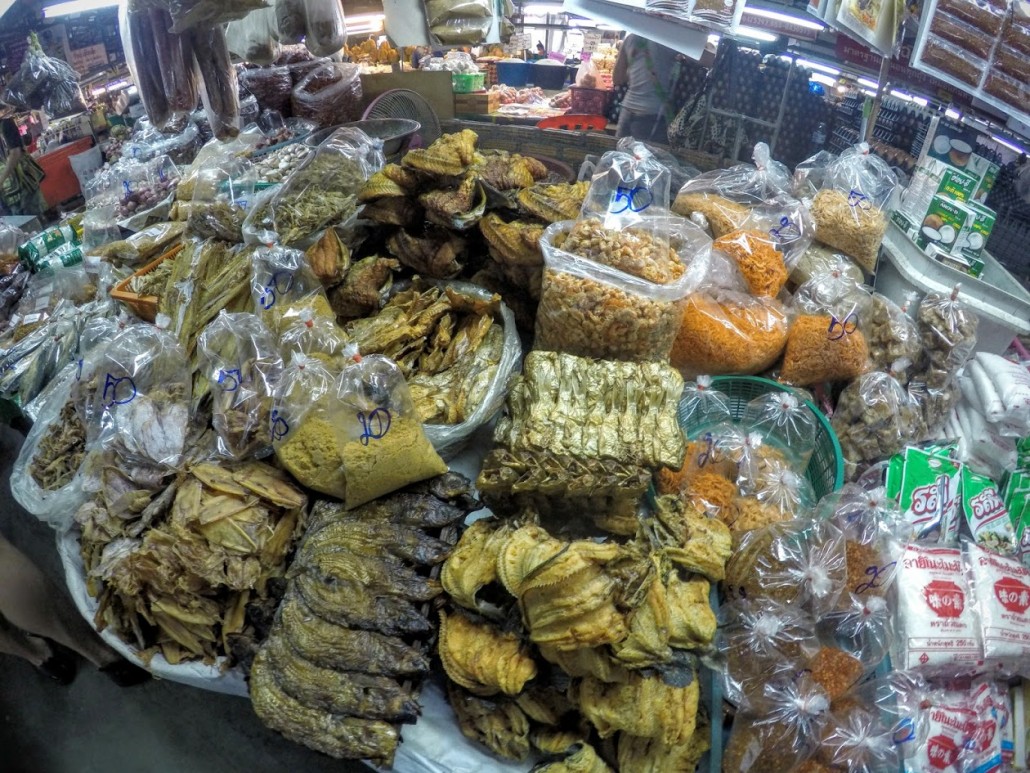 At night, I ate incredible meals. Everything burst with flavor, everything was inexpensive, and everything was delicious. I spent my days exploring the city. Luckily, I was there over a weekend and was able to go to Chatuchak market, the world’s largest weekend market. Vendors were selling everything from fine art and décor to live owls, cheap flip flops, and strange and interesting food. I wove through stall after stall, losing myself in tiny soda cafes filled with brightly colored streamers and hipster Thai music. I passed people speaking every language, people bargaining in multiple currencies, a Thai band singing country-western music, and vendors hocking alligator heads. It was definitely the closest that I’ve ever been to experiencing the magic of Rowling’s Diagon Alley or Gaiman’s Floating Market. 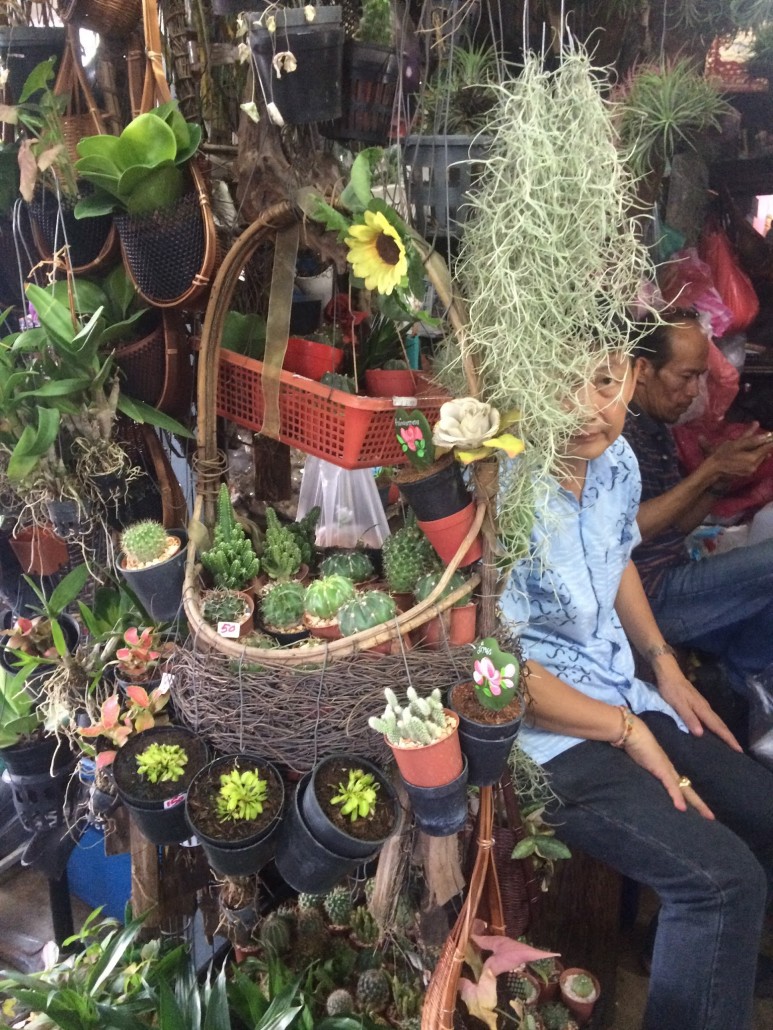 My time in Bangkok came to an end as I decided that it was time to head north into the mountain territory of Thailand. Part II of this blog will cover my time in Chiang Mai, the Denver to Bangkok’s New York, a place where I had some of the best Pad Thai and also the best pizza of my life.