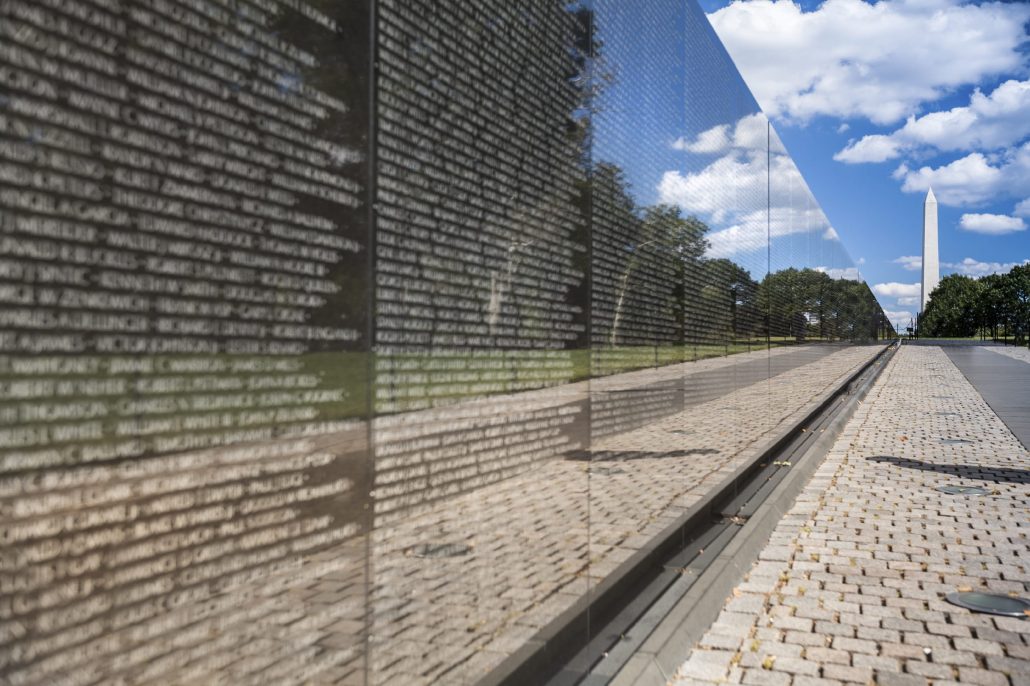 Linda Goertz is well-versed in WorldStrides’ Washington, D.C., programs. This spring, Goertz, a math teacher, will take her ninth trip with eighth grade students to our nation’s capital. Her students will arrive in Washington, D.C. with a deeper understanding of the men and women behind the monuments they will visit during their trip—thanks to a unique program Goertz leads at her school.

Students attending the D.C. trip are required to attend a class with Goertz every Friday during lunch. These students research and present on the sites they will visit. “They become an expert on one site, and knowledgeable on all sites,” she explained. The class culminates with a visit from local veterans invited to the school by Goertz to speak with the students and to be honored by the middle school’s band and choir.

“I’ve invited them to come in and visit with my students so that my students don’t just see the marble and granite memorials,” she said, “so they aren’t saying ‘aww that’s beautiful, what’s next?’ Then, in D.C., they connect it to those stories they just heard. It’s not just a beautiful monument, but they really connect it to humans.”

This year, Goertz and her students were able to add a special element to the visit. They worked together selling bottles of water at school events to raise money to help send a veteran to Washington, D.C., to see his own war memorial. The money was presented to veteran Terry Carrol at the recommendation of his fellow vets.

“It’s been a dream of mine to honor a veteran,” Goertz said. “Every year, one or two vets will say ‘now you really enjoy this trip. I’ve never been to D.C., to see my memorial.’ That breaks my heart. Here I’m going on trip number nine. I’ve never fought in a war or been exposed to a war. Those young whippersnappers are going while the men and women who sacrificed so much have never been. We decided this would be the year we honor a vet. After he was presented, he said ‘I look out and I see the future and I know we’re in good hands. This is what I fought for.’”

Goertz looks forward to the Washington, D.C. trip every year. It is an educational experience her students never forget, especially after meeting with the veterans. Not only are they able to see the historical sites they learn about firsthand, they come back with a sense of patriotism they may not have otherwise.

“It’s not just an eighth grade vacation,” she said. “It’s truly an educational experience. The level of patriotism that these kids return from D.C. with is so much greater than had they not met with these veterans. The veterans are just blown away by the kids. At the end of the program, the vets were trying to leave, but they couldn’t because so many kids were walking up to them, shaking their hands, thanking them. They feel so much gratitude and so appreciated.

“One Vietnam Vet was moved to tears,” she continued. “He said ‘When I came back from Nam, people spat on me, yet these young children are giving me a standing ovation.’ He finally feels like what he did was valued.”

Once Goertz is in Washington, she gets to see the children react firsthand to the monuments, connecting them to the stories they heard from the veterans.

“I wish the parents could be a fly on the wall and watch their child transform like I’m witnessing,” she said. “They go home and talk about it, but the parents don’t see that raw emotion like I see. One year, I walked up to a girl who was standing by herself staring at the Wall of Stars. She was thanking all of them for their sacrifices so she could have this trip and have freedom. These kids know that there are humans connected to those memorials who made sacrifices for them before some of their parents were even born. Because of them, they get to come to school every day free from fear.”

While Goertz admits some of her colleagues think she’s “insane” for continuing to travel to Washington, D.C. with a group of middle schoolers year after year, she says the trip is one of the highlights of her year, every year. She initial started leading the program when her younger daughter was at the school to ensure she had a similar experience as her older sister who returned from a trip to D.C., much more interested in politics and government. That daughter just graduated from graduate school and continued to have an interest government and politics throughout her schooling.

“I said ‘I’m going to do it for two years so she can have this experience,’” Goertz said. “But, it fulfills me so much. I keep doing it because I see that same transformation in those kids that I saw in my daughter. I tell parents their child will be more independent, more responsible, care more about veterans and their service, they’ll have a greater interest in government and how their country is run. They aren’t going to come back and say now I know ABC. It’s a transformation in young minds and young leaders. It’s so fulfilling.”