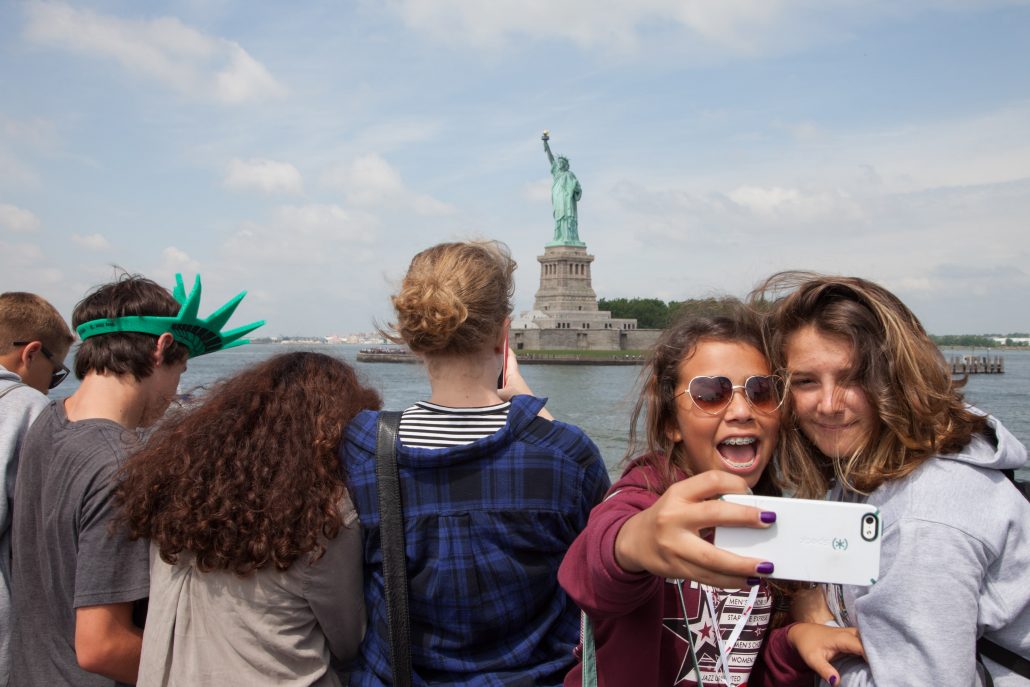 A visit to the Statue of Liberty

When one thinks of New York, many images may come to mind: Broadway, the Empire State Building, the Brooklyn Bridge, Radio City Music Hall. Another iconic symbol of the Big Apple? The Statue of Liberty.

Most groups that travel to New York City with WorldStrides visit the Statue of Liberty. Lady Liberty is beautiful from afar, but seeing her up close and personal is breathtaking. While it is amazing enough to take the ferry from Battery Park to Liberty Island and watch Lady Liberty grow closer and closer, imagine coming to America from another country in the early 1900s and being greeted by the imposing figure of Lady Liberty on your way to Ellis Island and a new life.

The idea for a monument for the United States was first proposed by Frenchman Edouard de Laboulaye in 1865. Ten years later, sculptor Frederic Auguste Bathholdi was commissioned to design a sculpture commemorating the centennial of the American Declaration of Independence. The Statue was named “Liberty Enlightening the World” and was a joint effort between America and France—Americans would build the pedestal, and the French would create the statue, as well as assemble it in the United States. Read more about the Statue of Liberty’s early history here.

When the statue was completed in France, it was reduced to 350 individual pieces and packed into 215 crates. Lady Liberty was reassembled on her new pedestal in four months. On October 28, 1886, President Grover Cleveland presided over the dedication of the Statue of Liberty.

The Statue of Liberty is a symbolic symbol of America. During a trip to visit Lady Liberty, students learn about her history, as well as fun facts about the statue itself. Here are just a few of our favorites:

Ready to plan your trip to New York? Find out more about our New York History Discovery programs. Have a Statue of Liberty fun fact? Tell us in the comments, or on Facebook!