From Flanders Fields to the Tower of London
WorldStrides 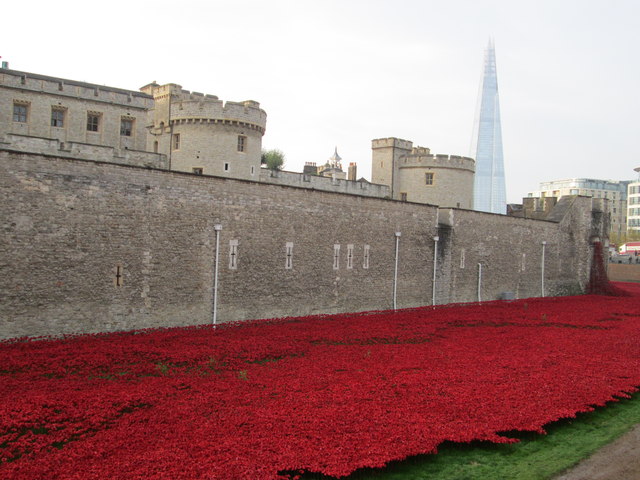 Today, Veteran’s Day, is the final day for the breathtaking poppy installation at the Tower of London. Poppies have been a symbol for veterans since the wars of the early 19th century.

The symbol of a red poppy for the fallen soldier really crystallized around a poem written by a physician and soldier named John McCrae in 1915. Today, as the last of almost 900,000 ceramic poppies are installed outside the Tower of London – one for each of the fallen English soldiers from World War I – it is worth reflecting on the words of that poem:

In Flanders fields the poppies grow,

Between the crosses, row on row,
That mark our place; and in the sky
The larks, still bravely singing, fly
Scarce heard amid the guns below.

We are the Dead. Short days ago
We lived, felt dawn, saw sunset glow,
Loved and were loved, and now we lie
In Flanders fields.

Take up our quarrel with the foe:
To you from failing hands we throw
The torch; be yours to hold it high.
If ye break faith with us who die
We shall not sleep, though poppies grow
In Flanders fields.

Red poppies have been used as a symbol to represent soldiers who have made the ultimate sacrifice many times. The sheer horror of some of the worst battles merits remembrance. John McCrae had been a victim of one of the earliest uses of chemical warfare, and burying his fellow soldiers in Flanders in Belgium was an inspiration for this poem.