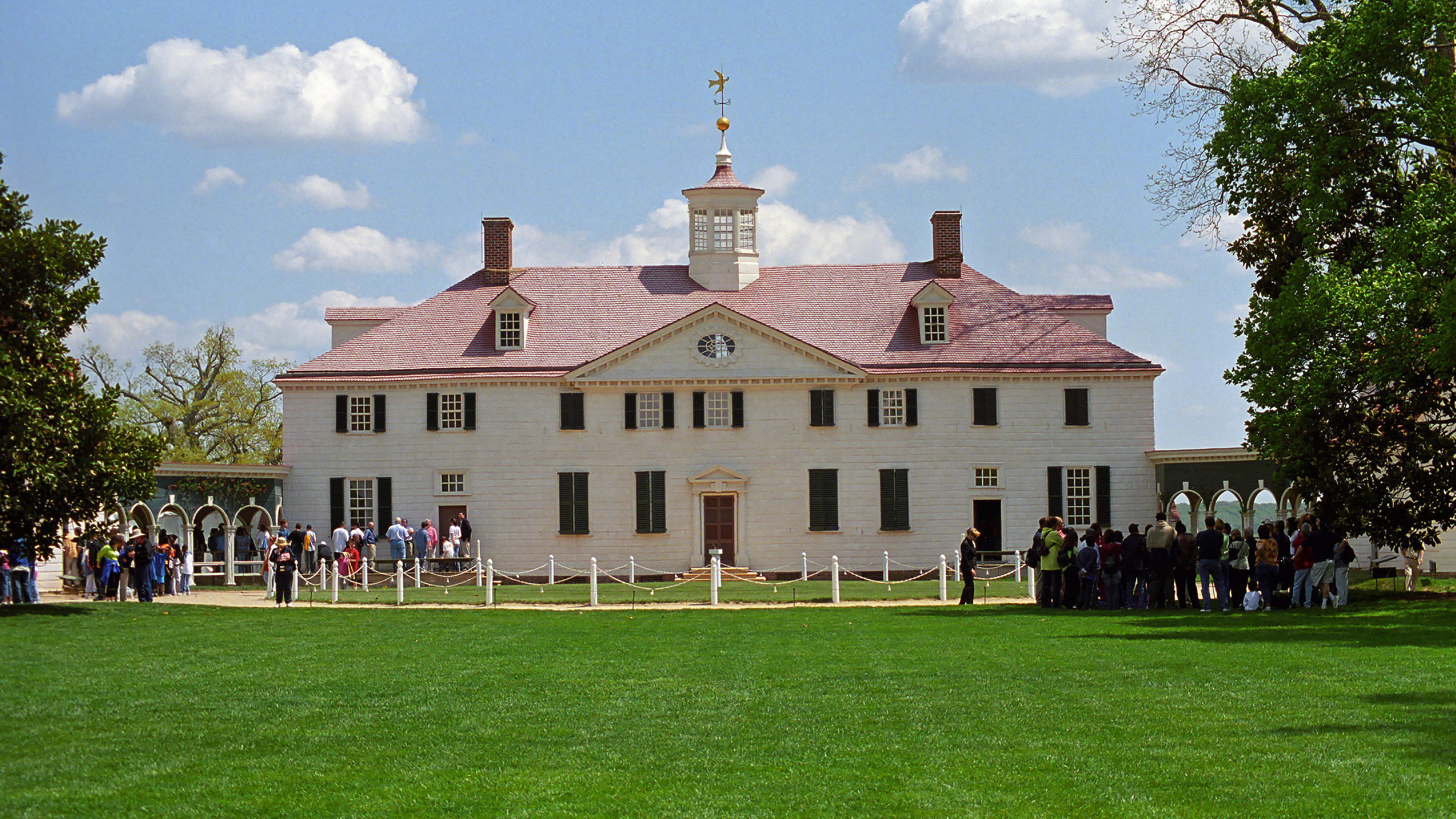 Mount Vernon was passed on to George Washington from his older half-brother, and at one time included 8,000 acres. George Washington built five complete farms and a fishery on the property; each farm had its own buildings, livestock, foremen, and workers. Approximately 150 slaves operated the five farms, and an additional 90 took care of the main house, referred to as the Mansion. The 14 rooms in the mansion that are open for viewing have been restored to their original colors, and contain a number of the original furnishings. You can see the large dining room, where Washington was officially notified that he had been elected the first President of the United States, and see the bed in which he died on December 14, 1799.