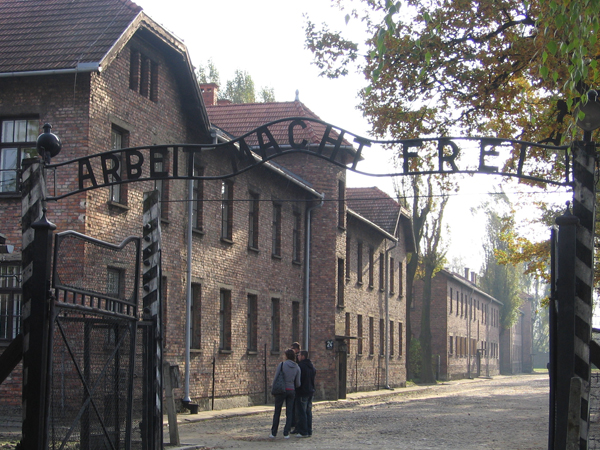 Auschwitz – hearing the name sends chills down your spine and sadness in your heart. The horrific Nazi death camp, located in southwest Poland, exterminated prisoners from 1940-1945. Now a museum and UNESCO World Heritage Site, Auschwitz is a reminder of the Jewish Holocaust – deaths of more than a million people; of violence, racism, anti-Semitism, and hatred.

Since the liberation, Auschwitz has become an enduring symbol of the Holocaust. Several of the people that survived and were liberated became famous authors, writing of their unimaginable experiences there. These authors include Primo Levi, Elie Wiesel, and Viktor Frankl (who wrote Man’s Search for Meaning, and was awarded the Nobel Peace Prize).