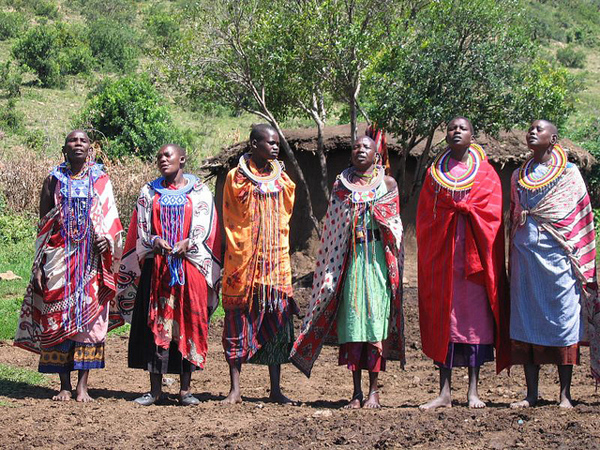 Teach Through Educational Travel: The Maasai

The Maasai are a traditionally nomadic ethnic group that is located in Southern Kenya and Northern Tanzania. Numbering less than a million in population, the Maasai are still instantly recognizable around the world, due to their lifestyle, customs, music and dancing, and long distance running. Many people now think that not only are the Maasai a great example of ways to live sustainably on the land, but also want to visit them, to see people living in harmony with both the land and each other.

The Maasai are pastoralists, concerned with tending their cows. As such, their lifestyle is mobile, so as to move the herds to better pasture, water, and safety. However, with land usage restrictions and governmental policies to remove the Maasai from their traditional lands, the Maasai have had to find additional ways to earn a living. Some Maasai cultivate crops (which goes against traditional Maasai beliefs, as it doesn’t allow free movement). Some Maasai sell cattle, goods, and handicrafts, work at regular jobs, and work in tourism.