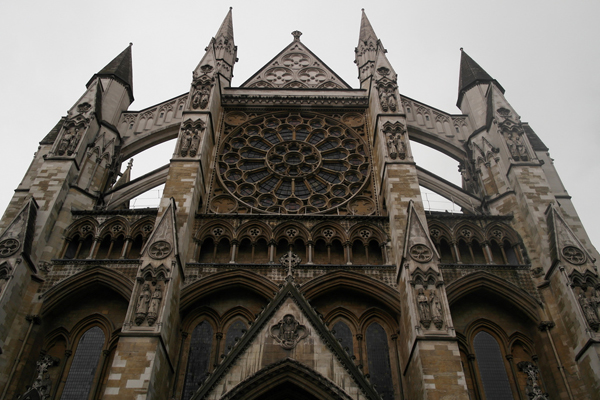 Westminster Abbey in London, also known as the Collegiate Church of St Peter at Westminster, has been the site of 38 coronations of the British monarchy – starting with William the Conquerer in 1066. Although Westminster Abbey is a UNESCO World Heritage Site, and one of the world’s most popular churches, it is still an active church – with 28 services a week. Besides coronations (and 16 royal weddings), the church is a burial spot for over 3,000 important people, including 17 monarchs.But let’s step back a little further into history – the Abbey was first founded by the Bishop of London (who died in 624), and was a small monastery that was later enlarged to a stone church, known as west minster (as opposed to east minster, St. Paul’s Cathedral). The present Abbey was begun in 1245 by Henry III, who decided to rebuild it in the new Gothic style (along with other great European Cathedrals built at this time, including Amiens, Evreux, Charter, Canterbury, Winchester, and Salisbury). It was also instrumental in the formation of the Houses of Parliament. The Abbey houses monuments, art, stained glass, textiles, a library, and the medieval Costmati pavement in front of the high altar.During WWII, art was removed and sandbags were used to protect the tombs from bombings. There was an air raid on May 10th, 1941, in which parts of the Abbey caught fire. On Victory in Europe Day or VE Day, May 8, 1945, there were hourly services of Thanksgiving at Westminster Abbey. Over 25,000 people attended, from 9am-10pm, to give thanks for the end of the war.