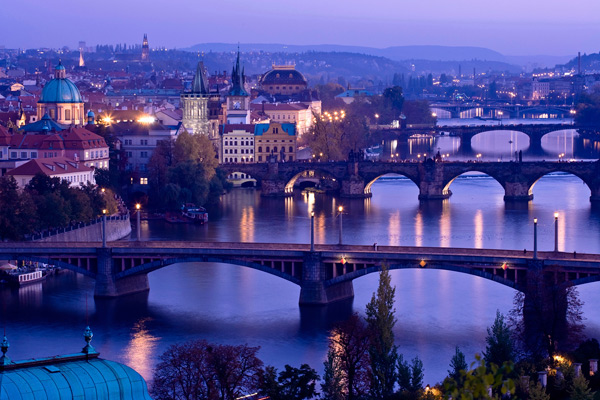 Prague is the capital of the Czech Republic, a country in Central Europe. The city of Prague is over 1,000 years old, and has long been an economic and political center for central Europe and the Holy Roman Empire. The Vltava River runs through Prague, and there are many famous bridges, including the Charles Bridge. Prague is also a city for culture and the arts, boasting a university (Charles University), many major museums, Prague Castle, Old Town Square, a Jewish Quarter, and more. The historic center of Prague has been named a UNESCO World Heritage Site. So many tourists flock to Prague each year (over 4 million!) that it’s one of the top 10 most visited cities in Europe.Why so much about Charles? Well, Charles IV was both the Holy Roman Emperor and the King of Bohemia (1346-1378). He recreated Prague into an imperial capital (and the third largest European city at the time, after Rome and Constantinople). He built Charles Bridge, and founded Charles University, the oldest university in Europe. He also was concerned with his people – when they were starving during a famine, he ordered the Hunger Wall built. Smart thinking – this provided both defense against enemies and provided employment and food to citizens.

Since then, Prague has played an important political role in Europe, being both invaded and used in power struggles. After World War II and during the Cold War, Prague was under control of Russia. As a result of the student-led Velvet Revolution of the late 1980s, Communism was ended, and writer Václav Havel became president.