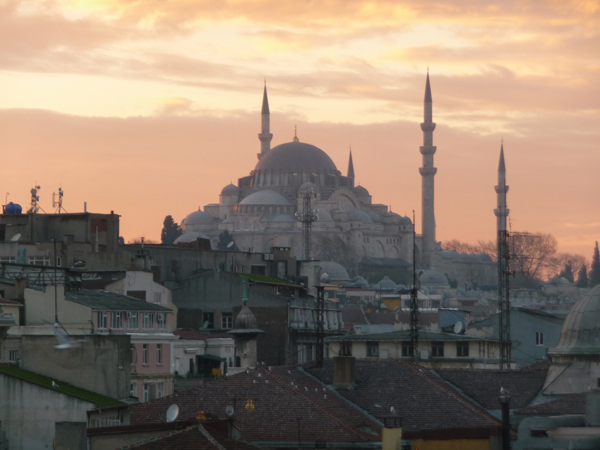 The largest city in Turkey, Istanbul is the heart of the country. It is one of the largest cities in the world, with a population of almost 14 million. The Bosphorus runs right through Istanbul– it’s a strait that is a boundary between Europe and Asia – and thus Istanbul is the only city that is located on two continents. Istanbul is a major shipping lane for many countries, including Russia, and has been the crossroads of both trade and culture for millennia. Istanbul was the home of the Eastern Roman Emperors, the Byzantine Dynasty, and the Ottoman Sultans.Istanbul is composed of many areas. One of the most visited is Sultanahmet, which is where most of the historic sites are located, including Hagia Sophia, the Blue Mosque, the Grand Bazaar, Topkapi Palace, and the Basilica Cistern. This historic district is a UNESCO World Heritage Site. The heart of the City is Beyoglu, which is a multicultural district that boasts beautiful architecture, the Golden Horn (the natural harbor), shopping, the arts, Galata Tower, Taksim Square, and great food (more on that in a bit).