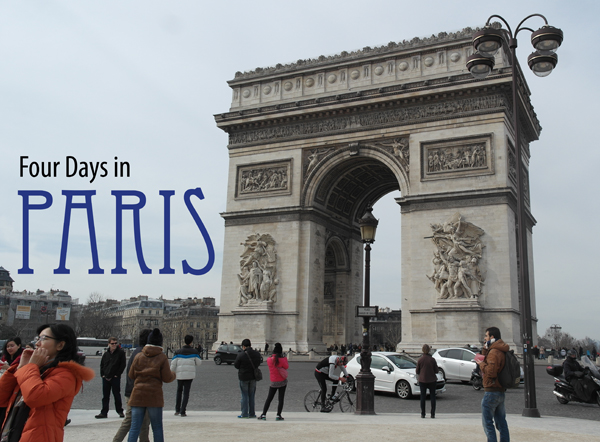 During the spring, I started to share with you my two-week adventure to Europe with the post: Four Days in London. From London I hopped on the Eurostar to Paris.

My first impression of Paris was a bit underwhelming. Our hotel was on the Boulevard du Montparnasse and I was a little taken aback by how Vegas-y it felt. I was expecting a quaint Parisian street and this main road was full of neon signs, traffic, and tons of people. I quickly realized my perception of Paris was based on a 1920s version and that Paris was much more like every city in the modern world. 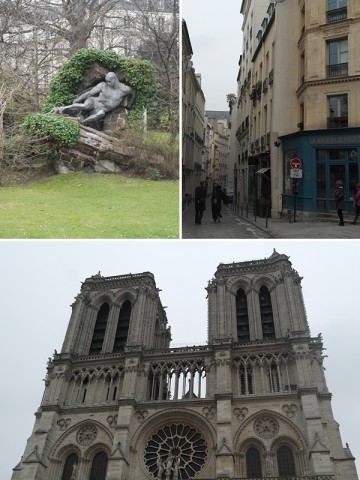 After getting over my initial misconception, I kicked off day two with new enthusiasm. I began by strolling through Luxembourg Gardens on my way to the Île de la Cité. Luxembourg Gardens definitely met my expectation of what a Parisian public space would look like. It was clean, beautifully manicured, and had stunning and varied statues throughout. My stroll took me through Saint-Germain-des-Prés, which was a collection of adorable cobbled streets and cute colored store fronts. I then crossed the Seine River, checked out the love locks and marveled at magnificent Notre Dame. I finally wrapped up day one by getting a bit lost down an arcade only to find an amazing deal on a three-course meal of escargot, duck confit, and chocolate souffle. Needless to say, day two was pretty great.

Over the next couple days I filled my time with a lot of walking to see all the sights. I didn’t realize what a trek the Champs-Élysées would be to see the Arc de Triomphe up close, and then from there how far the Eiffel Tower is. Everything seems close because you can see it from a distance, but then as I walked towards the monuments, I realized they were just huge! In addition to walking, I ate a lot! I enjoyed a baguette and cheese in a park with a bottle of wine, but couldn’t get over the feeling that a police officer was going to come by and yell at me for drinking in public. I had lots of pastries: eclairs, chocolate croissants, and mini, colorful macaroons. I indulged in crepes at dinner two nights (one savory and one sweet) and, tested the local beverages as well. 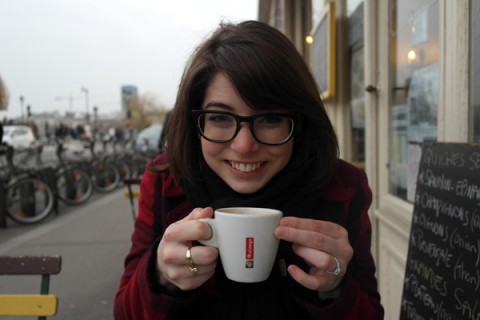 My favorite part of Paris was the Marais area and if I ever have the opportunity to go back, that is where I would stay. I feel like it best fulfilled my perception of Paris and upon visiting it my last day, felt like my adventure was complete.

Next stop, the Benelux (minus the Lux)…