Stay informed on the latest travel trends and updates with a free WorldStrides newsletter!

Sign up today to begin receiving your WorldStrides newsletter.

Yes, go to worldstrides.com.au No, stay on worldstrides.com
X
Teachers, Tell us what you’re looking for. X
Take advantage of this unique opportunity to experience the culture and dynamic business environment in Japan! Japan, it has been said, is a nation of dualities. In the landmark depiction of Japanese culture, The Chrysanthemum and the Sword, the anthropologist Ruth Benedicts describes the Japanese people as “both aggressive and unaggressive, both militaristic and aesthetic, both insolent and polite, rigid and adaptable.” Economically too, Japan serves as both an inspiration and a cautionary tale to the world. Its rebirth following the devastation of World War II launched a period of unprecedented economic growth that established Japan as one of the world’s great industrial powers. Japanese brands, particularly in the automobile and electronics industries, became synonymous with quality and innovation. Beginning in the 1990s, however, deflation and falling asset prices initiated an economic slump from which Japan has yet to truly emerge. Yet even with the infamous “lost decade,” Japan ranks among the leaders of the global economic community. It has the third highest GDP in the world, behind only the United States and China. It is the fourth-largest exporter on the globe. Japanese firms continue to dominate many core industries, especially in the technological sectors. With renewed government efforts to boost growth and push the economy forward, Japan will likely continue in its role as a mature Asian power, even as China, India, and others ascend. Although Japan’s future is not completely certain, one thing remains clear: how it shares the Asian stage with other emerging powers will define global economics and geopolitics for years to come.

Learn more about this program at our upcoming info session!

In order to register for the program you must create an account. 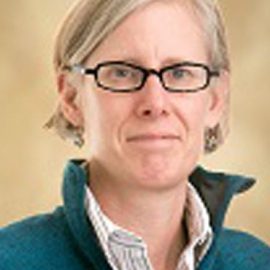 cfinnega@uccs.edu
Over a ten year period, Dr. Carol Finnegan lived in seven countries and worked in an additional four countries on more than a dozen projects, including work on successful proposal teams that won access to government contracts, totaling in the tens of millions. Within the international development consulting industry, she conducted industry and sector analyses, provided private sector clients with business development advice and public sector clients with research, training, implementation and policy analyses support. Dr. Finnegan is currently an Associate Professor of Marketing, Strategy and International Business for the UCCS College of Business.