Where are They Now: How my Summer Study Abroad Experiences Shaped my Future | WorldStrides
WorldStrides 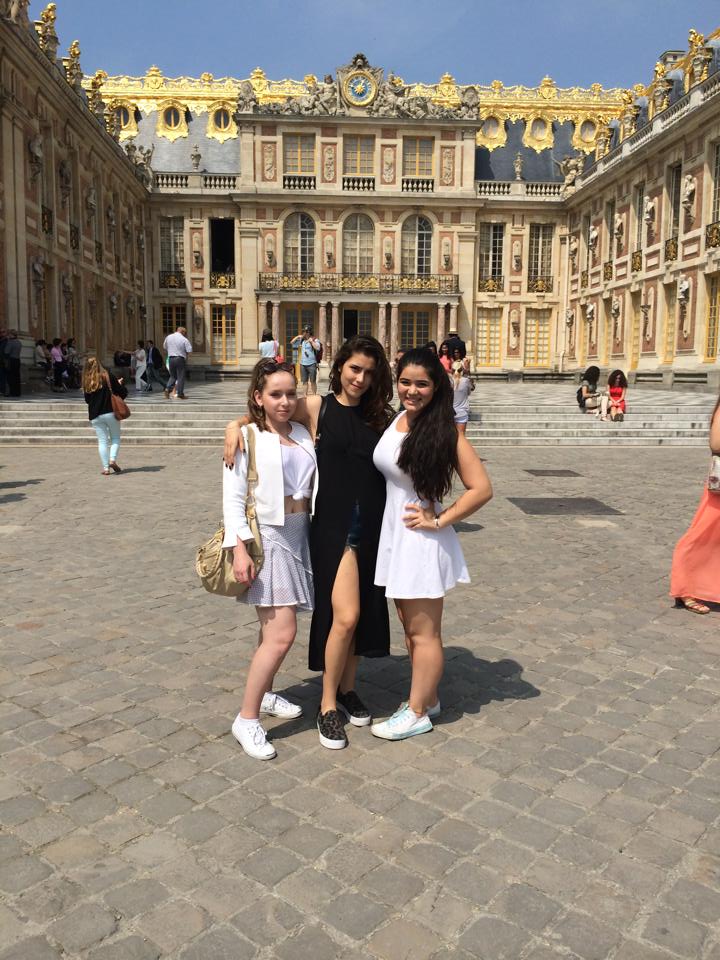 Where are They Now: How my Summer Study Abroad Experiences Shaped my Future

Mila attended our The Cambridge Tradition program in 2013 through Oxbridge Academic Programs, a division of WorldStrides, and then returned to Oxbridge again at L’Académie de Paris in 2014. While there, she majored in “History’s Secrets” and French Literature, respectively, with minors in Espionage and Art History. Those courses, and the experience abroad, shaped her college decisions, and now her graduate studies. Mila is about to start the Cambridge Heritage Studies MPhil program at Cambridge University. We asked her about how those summer experiences defined her future decisions. 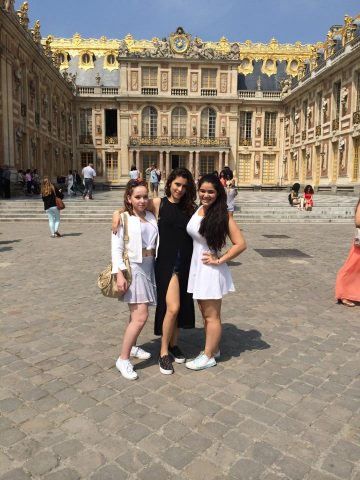 How did the courses you took on our programs influence your academic trajectory moving forward through your pursuit of an undergraduate degree, and now a Masters?

I didn’t even love history in high school –  it wasn’t my favorite subject by any means! When I was looking at the course catalogue for my summer at Cambridge in 2013.  I was really enticed by the history courses. It was definitely out of my comfort zone, as I was more into international affairs at the time. But I figured, why not?

When I got to the class, I was immediately surrounded by people who were very aware of history. The teacher had us write an essay on the first day, and I was a little intimidated at first. I ended up having such a lovely experience.

Even when I got to college, I thought I’d major in international affairs. After my first semester, I decided to switch to history. I even surprised myself with this choice! The first thing I thought of when I decided to major in it was my History’s Secrets class. I ended up being a double major in History and French Literature – exactly what I did on my two Oxbridge programs. French Literature coincides with History, and the two complement each other. You can’t really separate the two subjects – in fact, my teacher at L’Académie de Paris had us analyze a series of texts and asked us to note different vocabulary from a certain time period. When we were asked to take out words that would indicate it was from the 18th or 19th century, it became immediately clear how the two subjects were linked.

In college, I interned in Paris at the U.S. embassy in their cultural heritage department, and it all came together – history, French literature, and I immediately fell in love with cultural heritage. So, I applied to Cambridge to study it further. I still talk to my teacher from my Cambridge program very often. I can definitively say that the History’s Secrets course at Cambridge was the first step for deciding my entire academic path and possible career!

How did the time you spent on the campuses influence your decision to return to Cambridge for a graduate degree?

Both programs I attended do a really wonderful job at utilizing the campus. You’re not just taking classes within a classroom, getting lectured to. You’re using the environment to enhance your education by working with your surroundings and becoming a part of it. In “History’s Secrets,” we used the Cambridge Union hall for our live debate. Similarly, in my major at L’Académie de Paris, French Literature, we would spend most of our classes out, doing things such as walking to nearby cemeteries to work there, or reading in the Luxembourg Gardens.

So, after spending a summer in Cambridge, I actually wanted to go there for undergrad, but I didn’t end up applying. Now, six years later, my experiences there still seem very tangible. When I go, it’ll feel like I’m going back to a familiar home. I think Oxbridge did a good job with making me feel very comfortable and welcomed. Now going back, I’m excited to explore the aspects that I was never introduced to. For example, I never stepped foot into a library there. Oxbridge gave me the confidence to go back and have a sense of belonging in everything going on around me. It’s nice not to feel like I’m going to a completely new and foreign environment.

How else do you think the programs influenced you?

I was able to become much more independent, which comes naturally with traveling and studying abroad. I was inspired by meeting so many international students, such as friends from Hong Kong or Australia, all with diverse interests. Coming from a small private high school with often like-minded people, I enjoyed the opportunity to see the new perspectives of my peers!

Do you have any advice for future participants on Oxbridge, or other campus-based programs?

The program can be intimidating at first. I am a timid person, but once I feel comfortable, I show my passion and come out of my shell. This definitely happened in both of my major classes when I overcame the initial intimidation. Once I let that go, I thrived socially and academically.  I recommend not comparing yourself to any other person in the class and to remember that the background you are bringing to the class will deepen someone else’s cultural understanding. It’s like a sneak peek into college, and all that you will learn from the diverse people around you.

I also recommend exploring and being present in your surroundings of where you are. I recommend even just taking a walk and getting to know the area. If you make a few close friends off the bat, try your best to make connections with lots of other people on the program as well. Lastly, don’t forget that you’re in this amazing place for a short time, and you should take advantage of that. 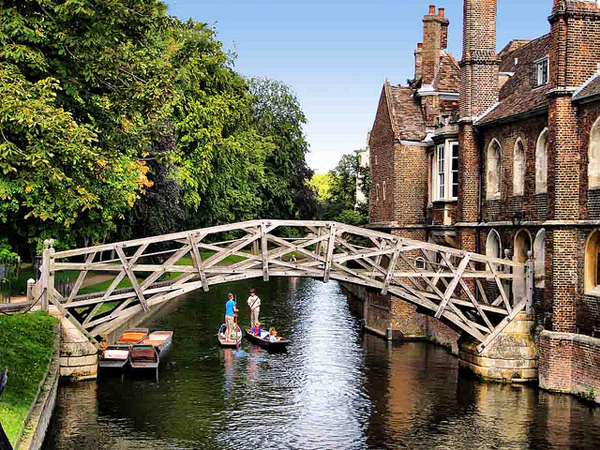 Cambridge Summer Academy offers high school students between the ages of 13 to 19 an exclusive opportunity to experience studying at prestigious universities in the United Kingdom. Participants spend part of their summer in an academically renowned city, studying a subject of their choice, and attending workshops focusing on the university preparation and application process. Whilst studying in Cambridge, students’ accommodation will be in one of the constituent colleges of the University of Cambridge. [button url="https://cambridgesummeracademy.com/" color='orange' new_window=true]Learn More[/button] ...Read More 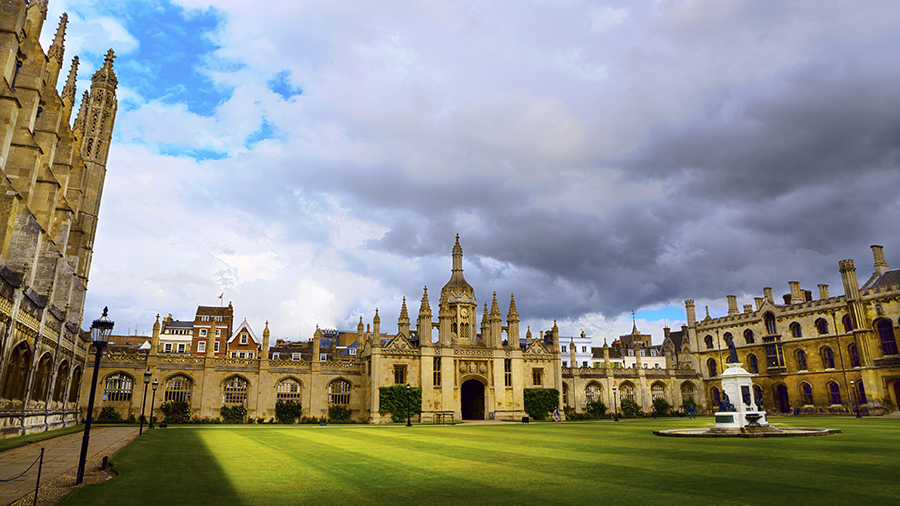 Cambridge Summer Institute is an exclusive academic study abroad program offered by one of the constituent colleges of the University of Cambridge (UK), in partnership with Foundation for International Education and WorldStrides | CBL International. Participants have the flexibility to enroll in a 2-week session or extend and spend up to 8 weeks studying abroad at Cambridge Summer Institute. The program is ideal for undergraduate and early graduate students. All lectures and seminars are given by faculty members of the University of Cambridge and the University of Oxford. [button url="https://cambridgesummerinstitute.com/" color='orange' new_window=true]Learn More[/button] ...Read More 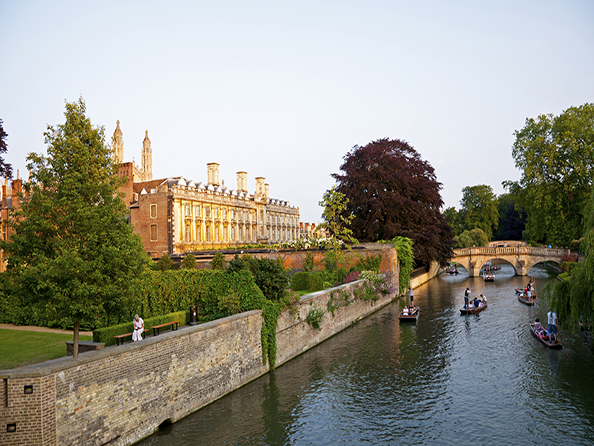 The Cambridge Tradition is a 4-week program that enables students to take courses with leading academics, including Gates and Marshall Scholars, as well as creative professionals. Students select the courses that most interest them and reside in Jesus College. Students have the opportunity to visit Cambridge and surrounding areas, including London. [button url="https://www.oxbridgeprograms.com/I-Want-To-Travel-To/England/Cambridge-Programs/The-Cambridge-Tradition" color='orange' new_window=true]Learn More[/button] ...Read More