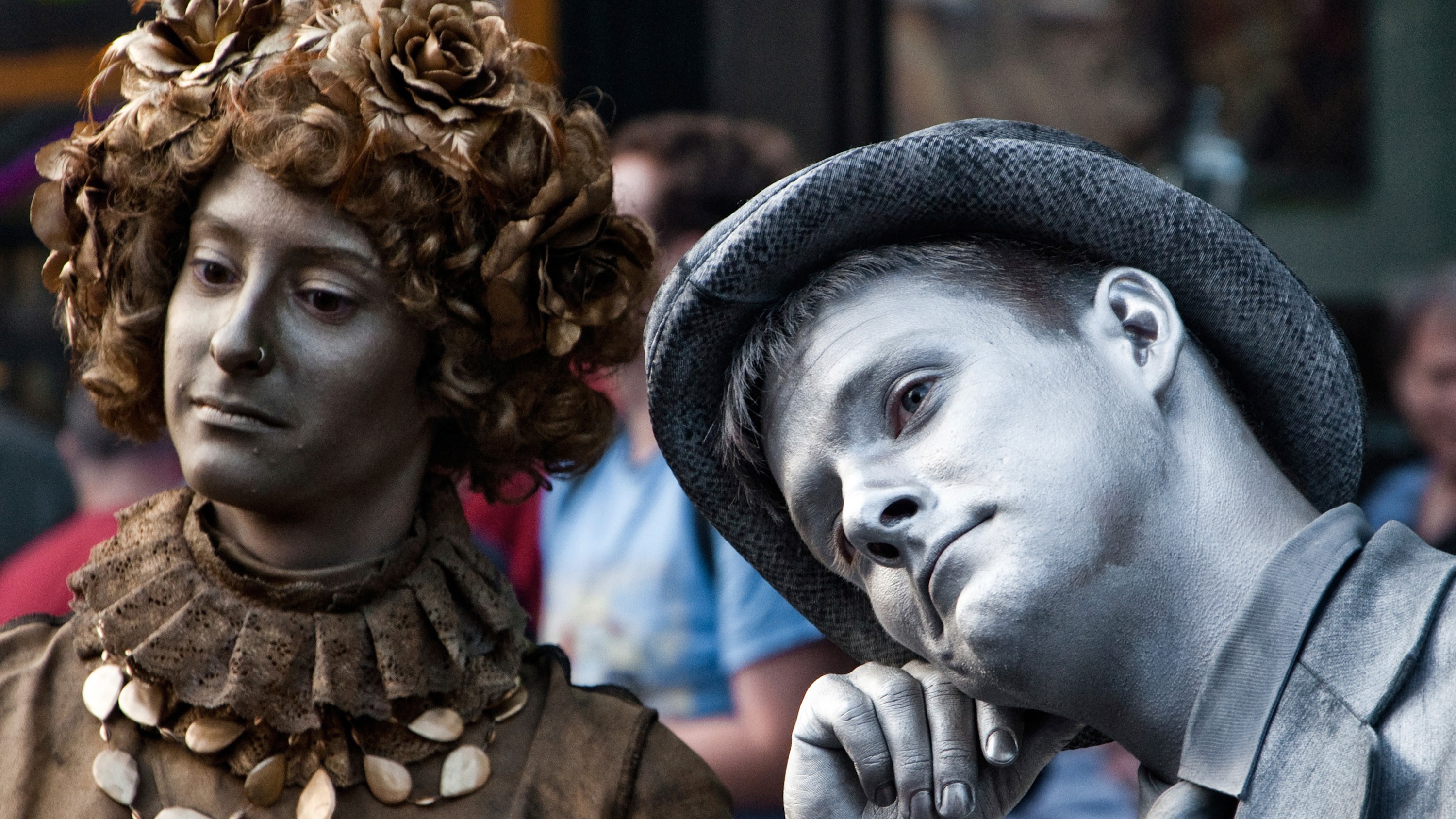 Festival Fringe Provides A Global Opportunity For The Arts Community

Every August, the arts descend upon Edinburgh, Scotland for Festival Fringe, the largest arts festival in the world. This year, Hope College’s Matthew Farmer will take a group of 16 dancers to Festival Fringe through our International Collegiate Theatre Festival (ICTF) program. Farmer serves as Hope’s dance department chair, and has choreographed the full 56-minute piece his group will perform at Festival Fringe.

As a performer himself, Farmer was already familiar with Festival Fringe when a colleague presented him with an invitation to apply for ICTF. It was the ICTF Familiarization Tour (FAM) to Edinburgh and Festival Fringe last summer that got Farmer excited to travel with his dancers to Scotland, however.

“I was sold on going, but everyone could hear my passion when I came back on why it was so important for our students to go,” he said. “After the trip and experiencing the Fringe, it one hundred percent lit the fire. They took us on an abbreviated version of the program. We got a chance to see two of the college theatre groups that were there with ICTF, and had time to go to the actual festival as well. We did the same sightseeing tour our group will do.”

Many of the sites in Scotland were familiar to Farmer. He spent several years living and performing abroad and had visited many of the same places, but, he had never been to the festival. “The electricity of the Festival was just intoxicating,” he said of his Festival Fringe experience.

Hope College’s journey to Festival Fringe has been interesting from a fundraising standpoint. The college’s new president introduced an initiative to get students traveling abroad, and was able to help with some initial funding. From there, Farmer went to work, going to local businesses and asking for donations or gift cards to raffle on campus. He worked with Hope’s development office to contact alumni, and served as their guinea pig for the college’s first crowd funding campaign which, to date, has raised nearly $18,000.

Farmer’s fundraising success started with a simple Facebook page. He asked students to share it and invite friends and family to like the page. He posted a “Dancer of the Day” feature and generated excitement about performing at Festival Fringe, ensuring he had a prime audience when it was time to launch the crowd funding campaign. “It takes a lot of time and a lot of me thinking ‘what do I want to do, how do I want to hook someone in,’ but it’s worth it,” Farmer said.

It’s important to Farmer to give his students the chance to perform abroad. He wants to expose them to other cultures and help them experience the artist community that exists around the globe. The Festival Fringe, which welcomes people from all over the world, is the perfect place to do that.

“Anyone who has ever traveled or lived abroad knows it is literally a life-changing experience,” he said. “Something happens when you have to breathe the air in someone else’s country and understand that you are no longer the center of your world. The Fringe is the perfect place to experience that.”

While Farmer is looking forward to sightseeing with his group, he’s most interested in watching other performances. “I really want them to see as many shows as possible,” he said. “As an artist, nothing is more eye opening than seeing both good and bad work. In some cases, it’s our research. It spurs a part of brain that we’ve never really used to realize something can be done that you didn’t think of before.

“As an educator, the thing I look forward to most is hearing the conversation on the way home,” he continued. “I have no doubt that students, even those who have traveled abroad before, will have their lives and global perspectives changed. There’s a difference between being a tourist and being a community member. Being a part of the Fringe, you have this connection to a larger global community of artists. The mind shift in perspective alone is worth the trip.”

Farmer knows he’s just one person, but he hopes by taking his students abroad, he can help make the global community feel smaller for generations to come.

“For me, it represents the concept or theory of ‘enough,’” he explained. “A lot of people feel they don’t have a lot to give, but they may have just enough. None of us can feed the poor alone, but if everyone gives just enough, that problem can go away. A lot of people can’t change the world by themselves, but I’m taking sixteen students to the Fringe. If I can help make sure their minds are open and they have a more global perspective, those sixteen dancers will affect sixteen more dancers each, who affect sixteen more.  Then, suddenly, the global community doesn’t feel so overwhelming.”