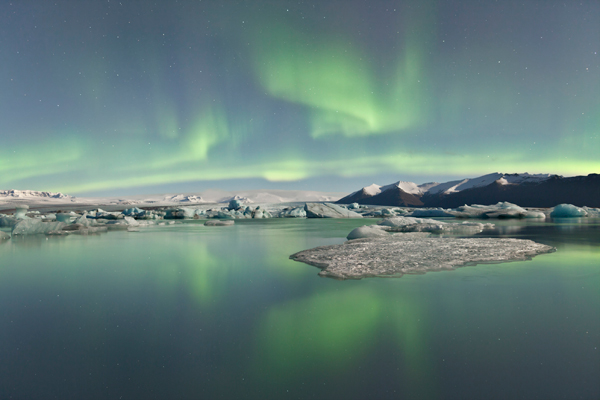 Iceland is an extraordinary destination – an island of few trees, with natural hot springs, and cold geothermal crevasses amidst tectonic plates, the largest national park in Europe, glaciers, a Golden Circle, and a Blue Lagoon. Iceland is located at the very top of Europe, on the Mid-Atlantic Ridge. It’s famous for its volcanic and geothermal activity (including recent volcano eruptions and inexpensive, pollution-free heating for its residents). Over 11% of the island is covered with glaciers. The population of the entire island is just over 300,000 people, half of whom live in the capital city, Reykjavík.First settled by the Vikings in the 9th century, the language of the Vikings is still spoken today, although somewhat changed with pronunciation and the addition of modern words. The only wild mammal native to Iceland is the arctic fox. Other species, including the famed Icelandic horse, were introduced by humans. The Icelandic settlers founded one of the world’s very first republican governments in 930, which lasted until 1262. From 1262-1918, Iceland was part of Norway and then Denmark. In 1918, Iceland became independent. The present republic was founded in 1944.

There are so many things to see and do in Iceland – from the summer’s white nights (where the sun hardly sets) to winter, where the Northern Lights reflect upon black lava fields or snow-covered glaciers in the evenings. This is reflected in Icelandic literature, which started with the ancient Sagas and is continued today with a Nobel Laureate, among other writers. The Icelanders also believe in elves, trolls, stone people, and fairies. These have also been culturally relevant and written about from the ancient Sagas to modern times.