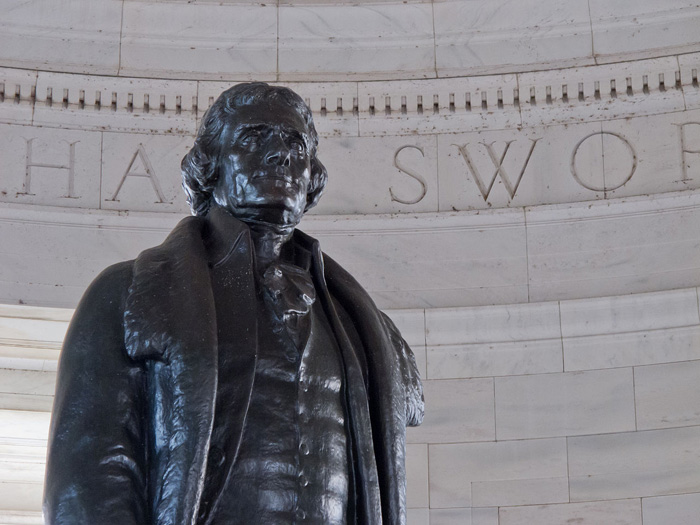 The circular, colonnaded structure of the Memorial is an adaptation of Jefferson’s favored Pantheon in Rome. Jefferson used this style in his home at Monticello, as well as in his design of the University of Virginia, and architect John Russell Pope thought it to be the only fitting design for a memorial in Jefferson’s honor. The 19-foot bronze statue in the center of the Memorial looks out across the Tidal Basin at the White House. On the walls surrounding the statue are five inscriptions taken from Jefferson’s various writings, illustrating the principles with which he dedicated his life. The excerpts are taken from such documents as the Declaration of Independence, Jefferson’s Bill for Establishing Religious Freedom, Notes on the State of Virginia, as well as letters to James Madison, George Wythe, and George Washington.